It feels like the longest wait ever! (when did the Simpsons ones come out again?) 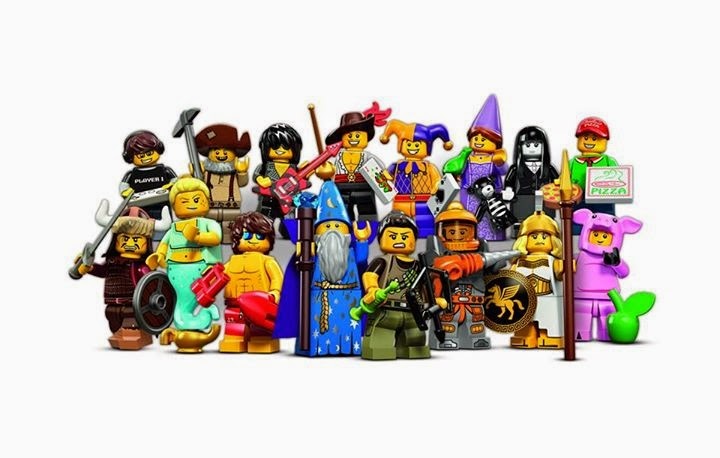 You can check out the post I read here.

They are due out in October, Ali and I can't wait!

We have already picked out favourites, some of which are the same. 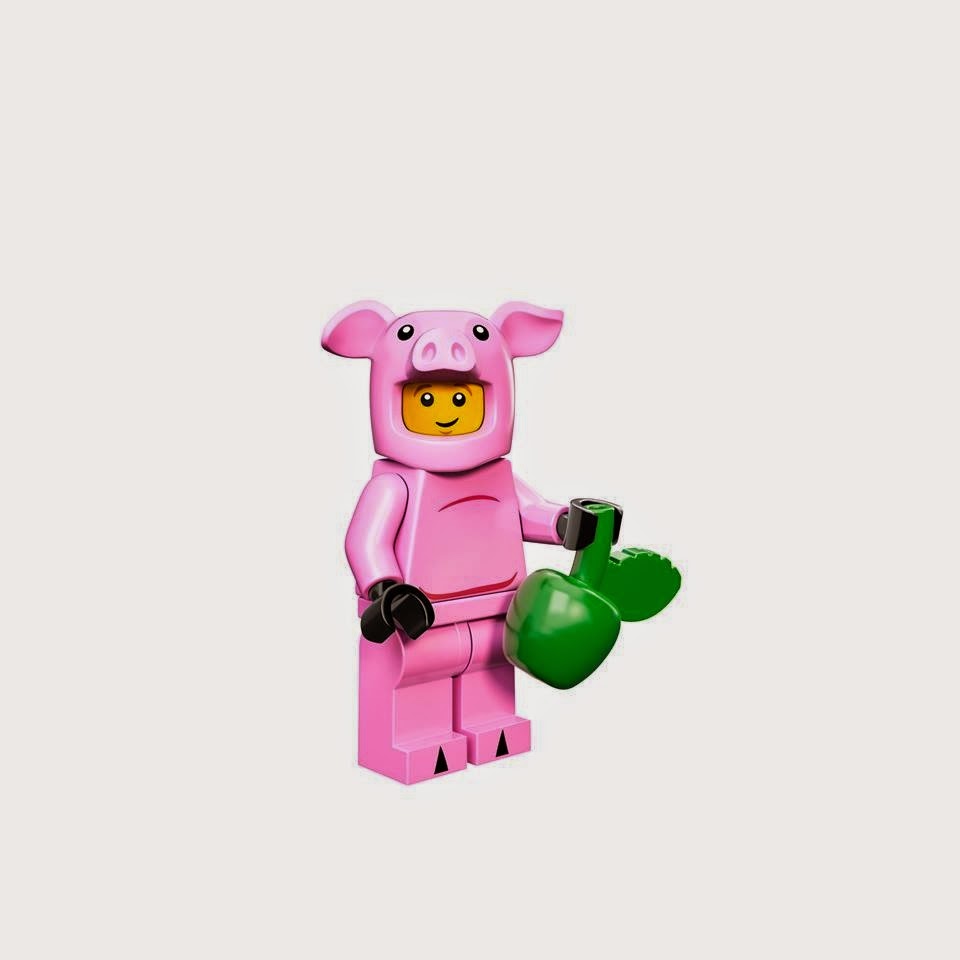 The pig is a must! Our Ultimate Frisbee Team is called IOU and we have a piggy bank as our logo, so we pretty much love everything pig related. 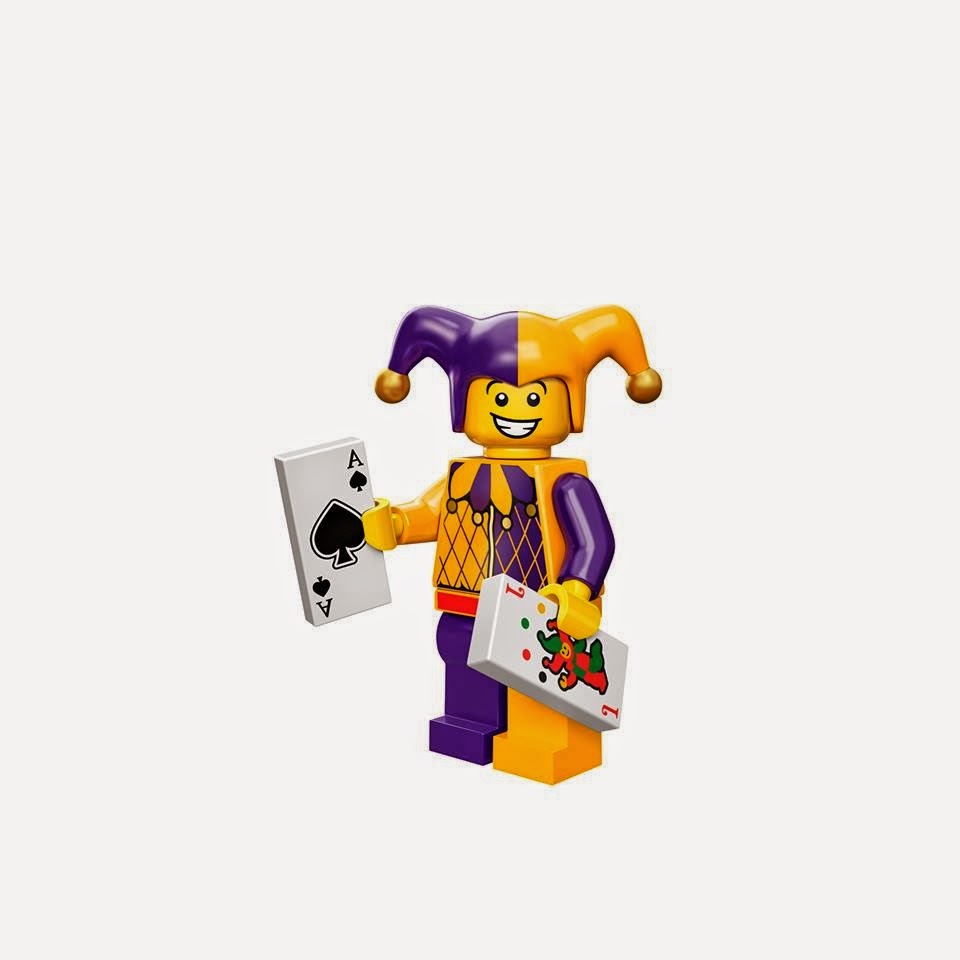 We love the jester! The colours, the hat and the cards are cool and unique. 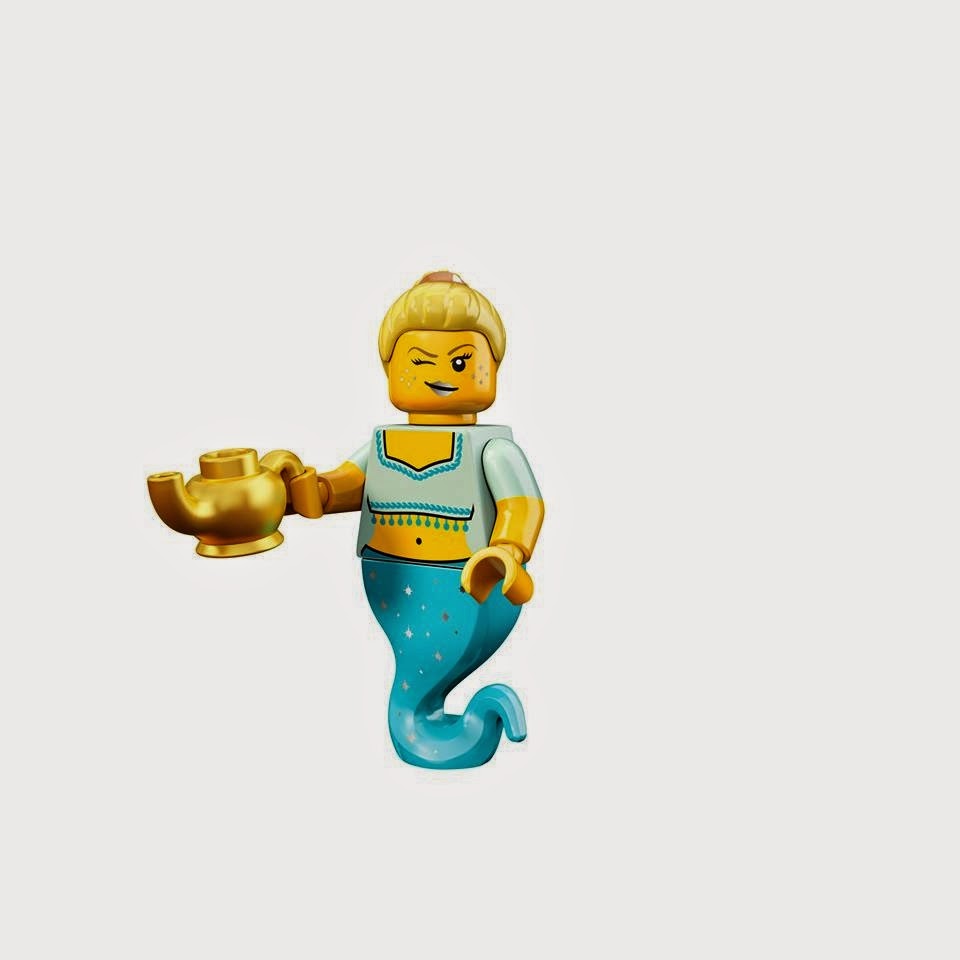 I love the genie! The bottom half is amazing and the male genie is on my list of mini figures to acquire. 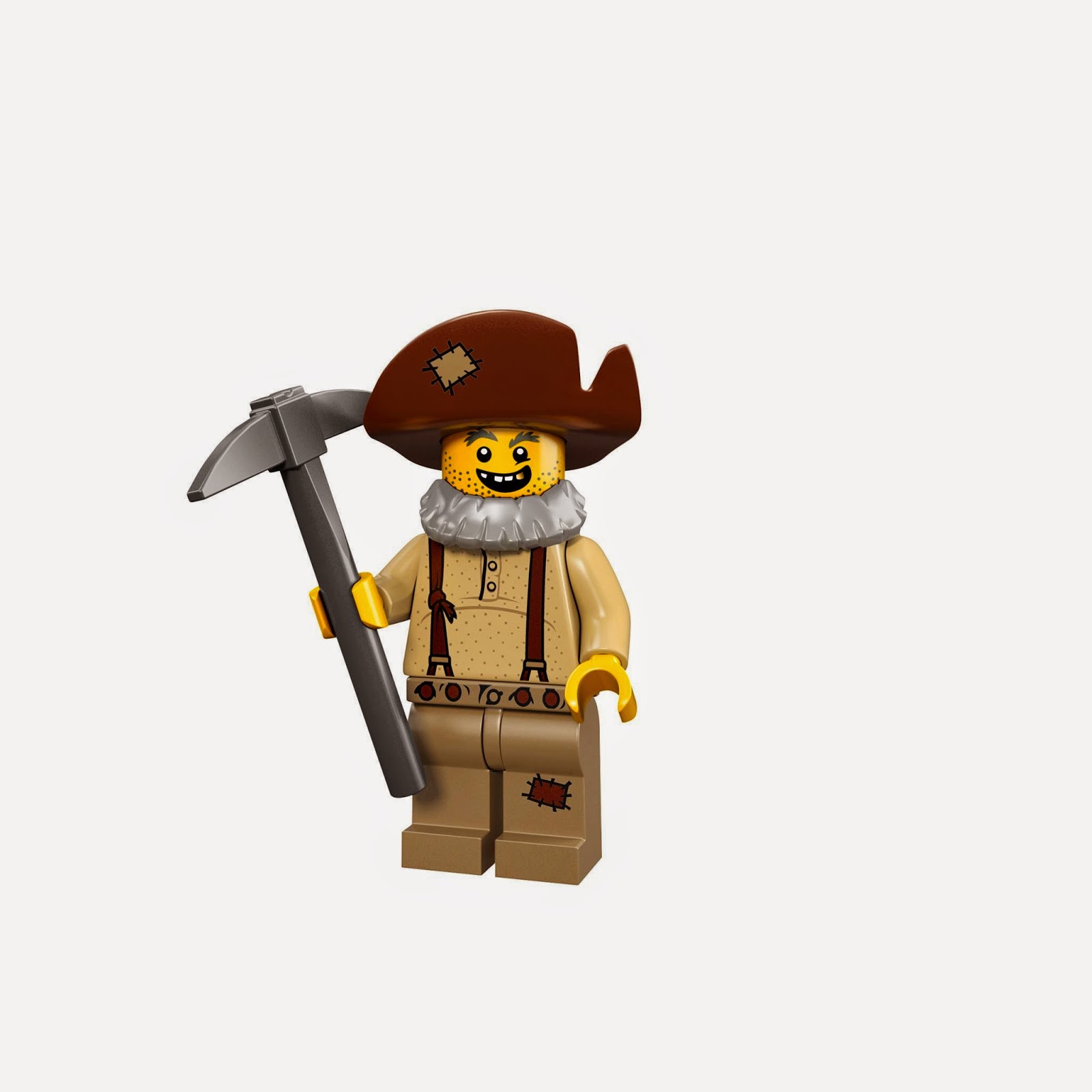 Ali is after this one, as well as the wizard. Ok, we just LOVE them all. Such a great series!

In other news, I COMPLETED my Simpsons collection and didn't get a swap once. I take credit for most of the collection, but towards the end I had to get Ali to help me out with guessing the packets. The looks I was getting in my lunch hour when I was searching the dregs of the remaining stock got to me.

So I had them all at work and figured i'd bring them home. LJ got me my own red Lego storage box for my birthday, so I thought I'd pop my whole collection in there. (Even though I'm still not sure I LIKE the Simpsons ones). So I threw them all in an envelope and into my back pack and I cycled home.

I have no idea what happened to number 16. I don't know if I lost him at work, in transport or he'd been missing a while.

So began the battle of searching for the last one. It was Ralph. He has NO typical features to hunt for and I thought I was done.

Then I was in our local Boots, trying very hard to avoid the baby clothes sales, when I discovered £1.25 Simpson lego mini figures! I don't know if it was just this store because they had LOADS left (and obviously breaking news had been released of series 12.) but I just grabbed 5 packets. 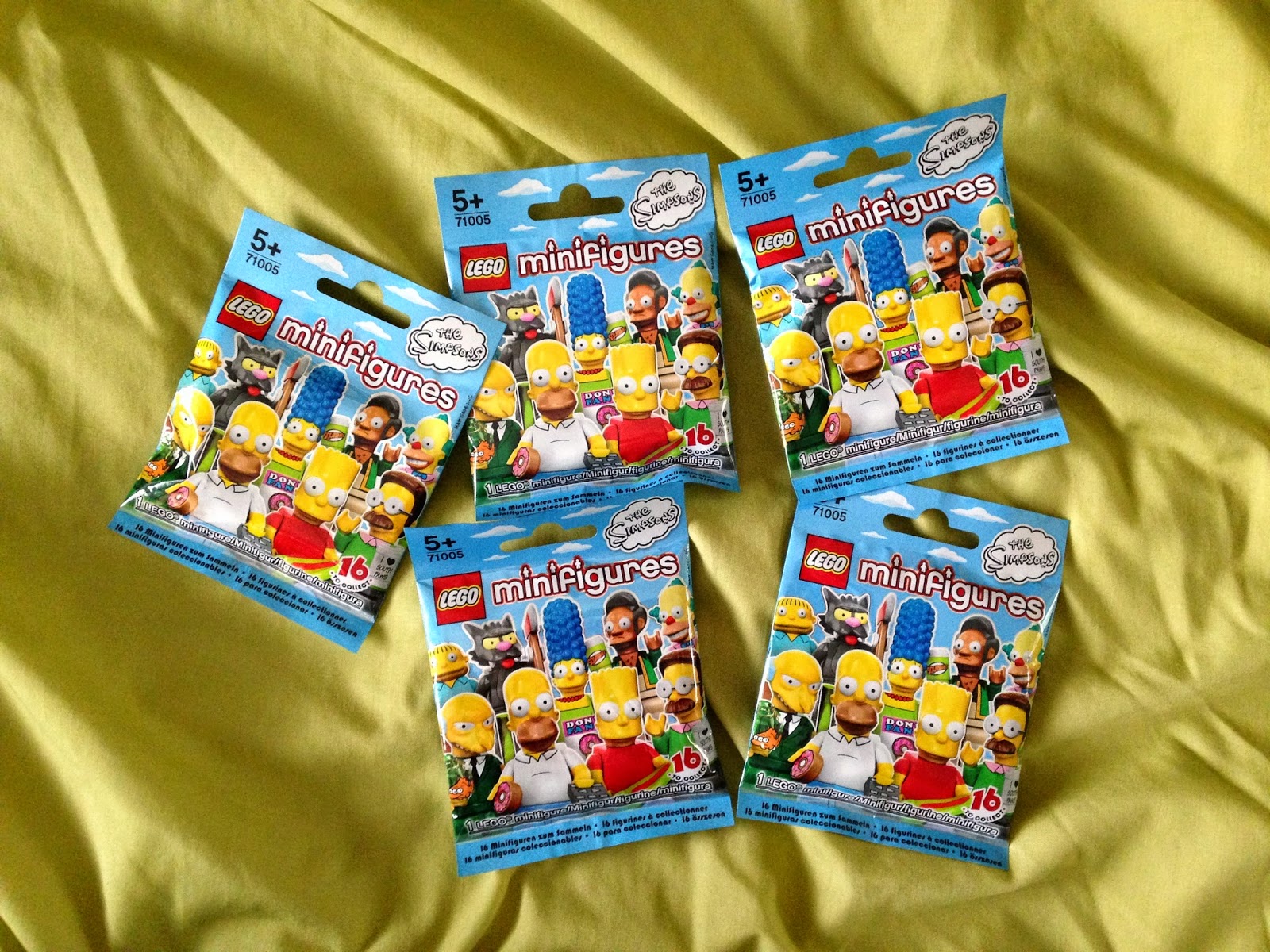 The thrill of picking up random packets had got to me. Ok, maybe I picked up 3 first, circled round the shop and went back for 2 more. I figured I might get Ralph in this lot and if I didn't, I could eBay the ones I didn't need and buy Ralph off eBay with the money. 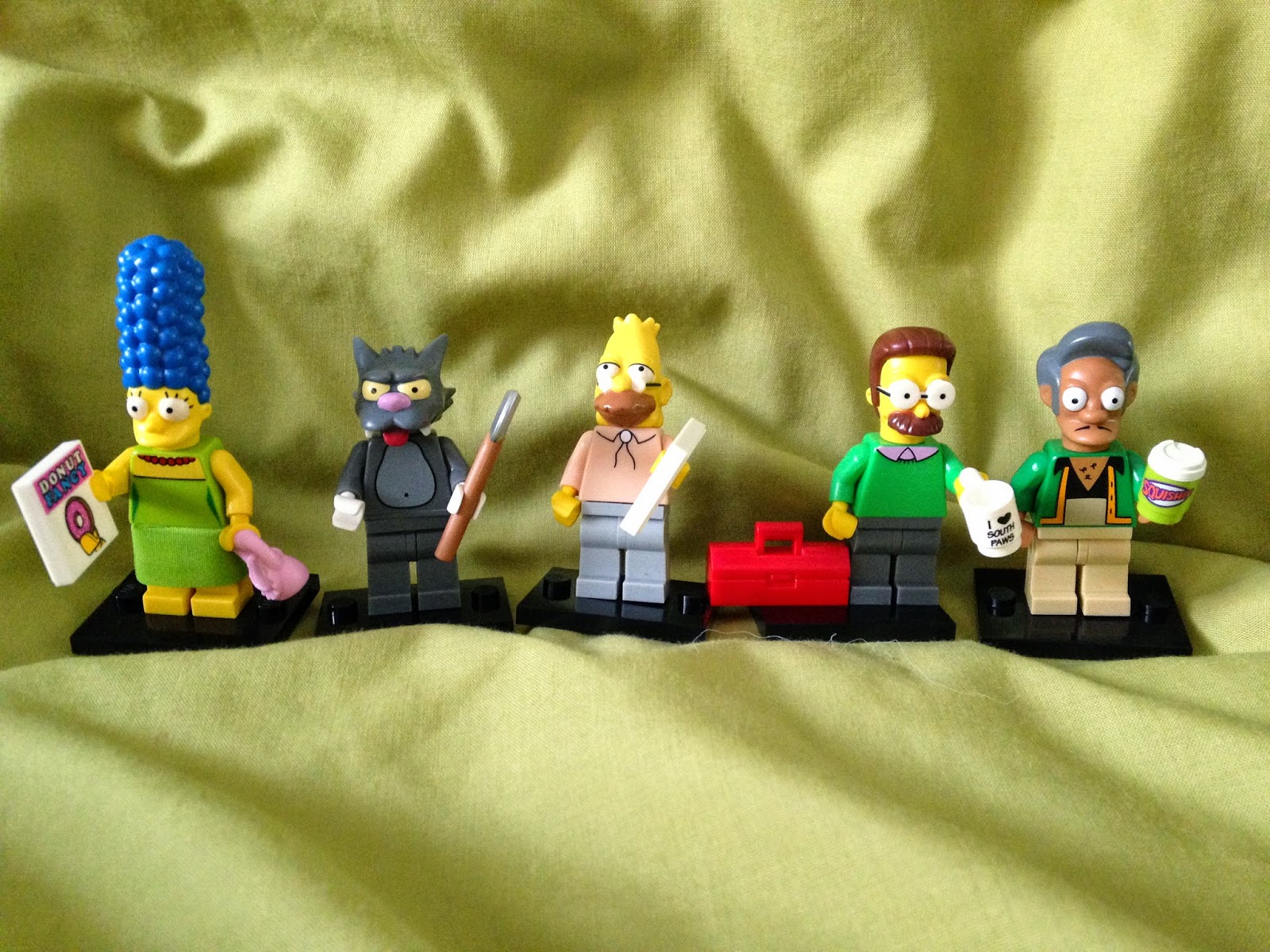 I didn't get Ralph. I did however make all my money back through eBay (and some more!) and I got my Ralph and my collection was complete! 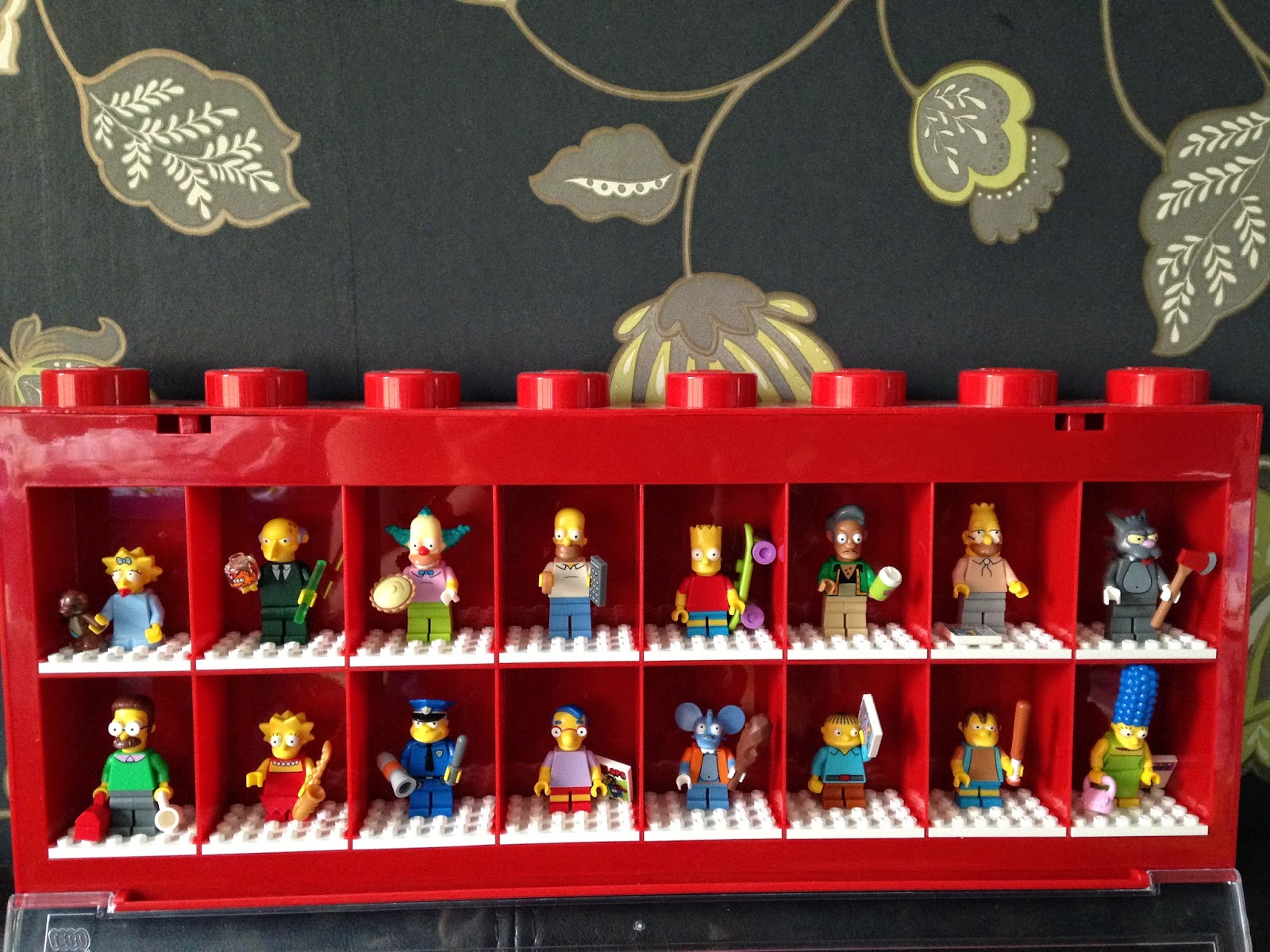 I can't believe in the space of a year, I have been sucked into the LEGO world. I always loved LEGO and my grandma used to have a tub of it and we'd build LEGO city and beg her to keep it in a room for the next time we came round. I never thought i'd be 25 and searching eBay for mini figures that I wanted to add to my LJ's collection. 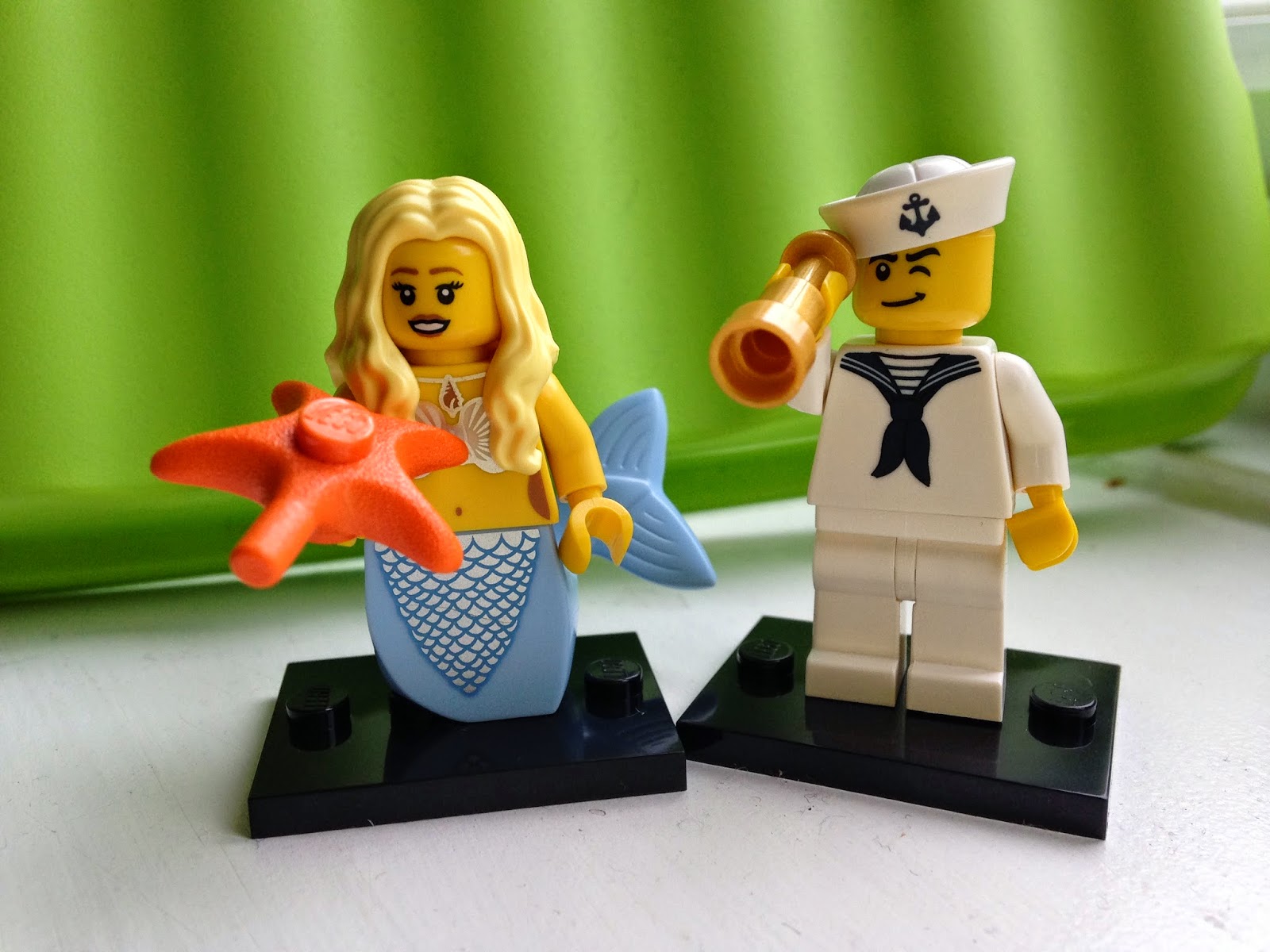 These were my two eBay buys. We never pay more than £3.00 for them, which is technically only 50p more than we'd buy them in the shop. It's fun to search them out and I've finally got the hang of how the whole eBay bidding works. 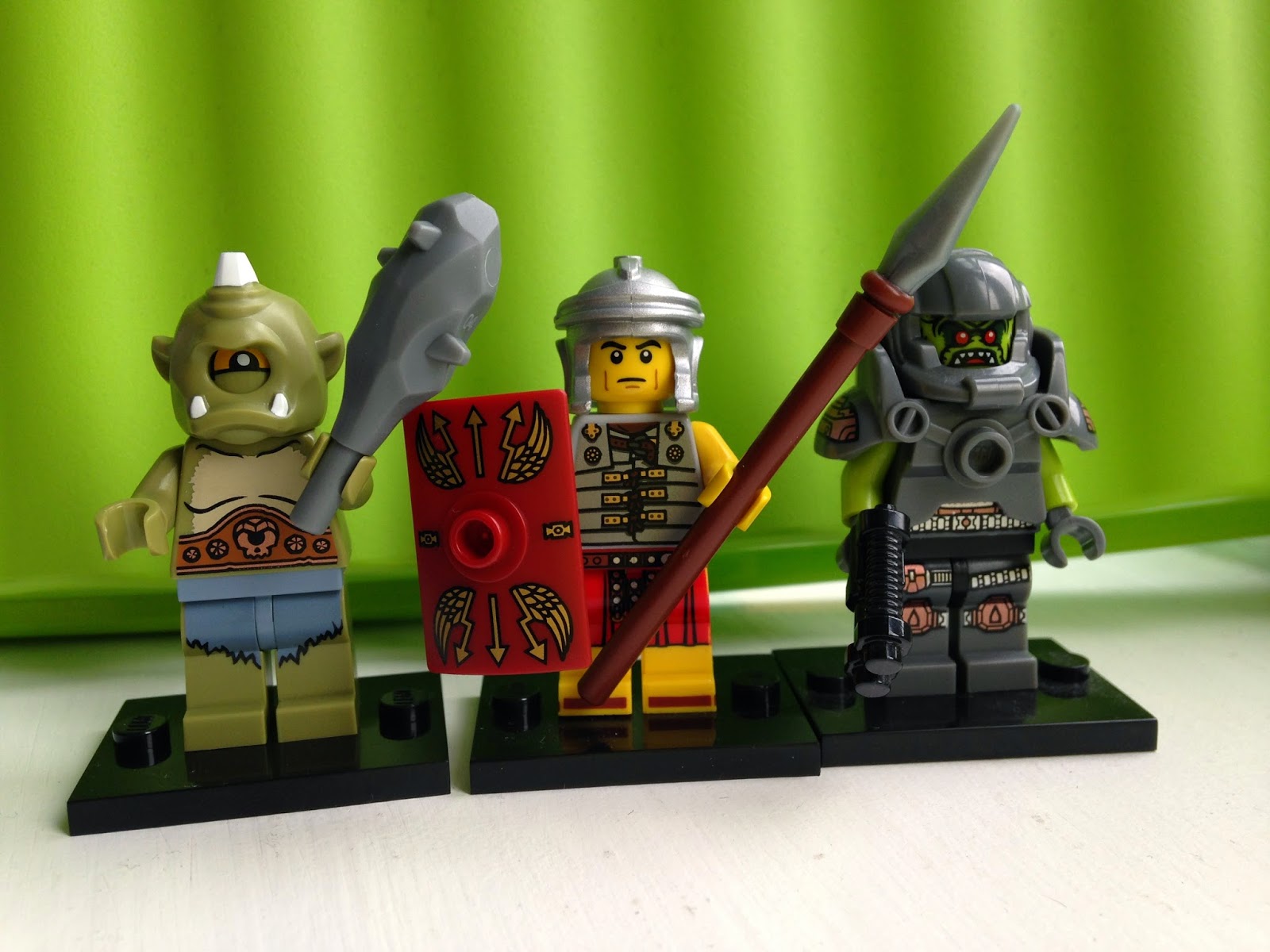 I realise we haven't done a Lego or any update in a while. It's been hectic. 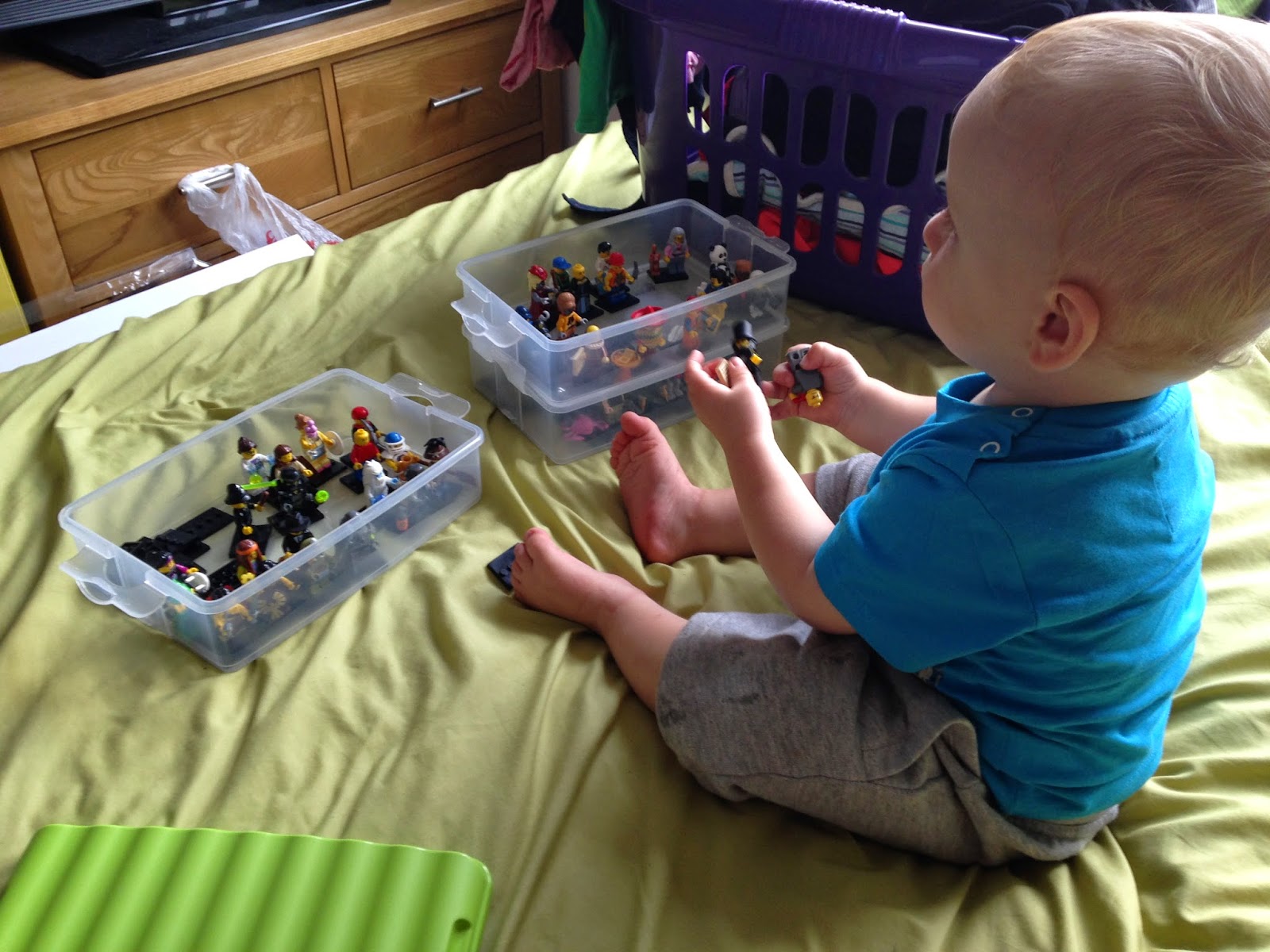 This kid is LEGO obsessed. He will climb under, over, through and up objects to get to LEGO. Disclaimer - obviously the LEGO is out of reach, yes we supervise him and yes we realise they contain small parts. 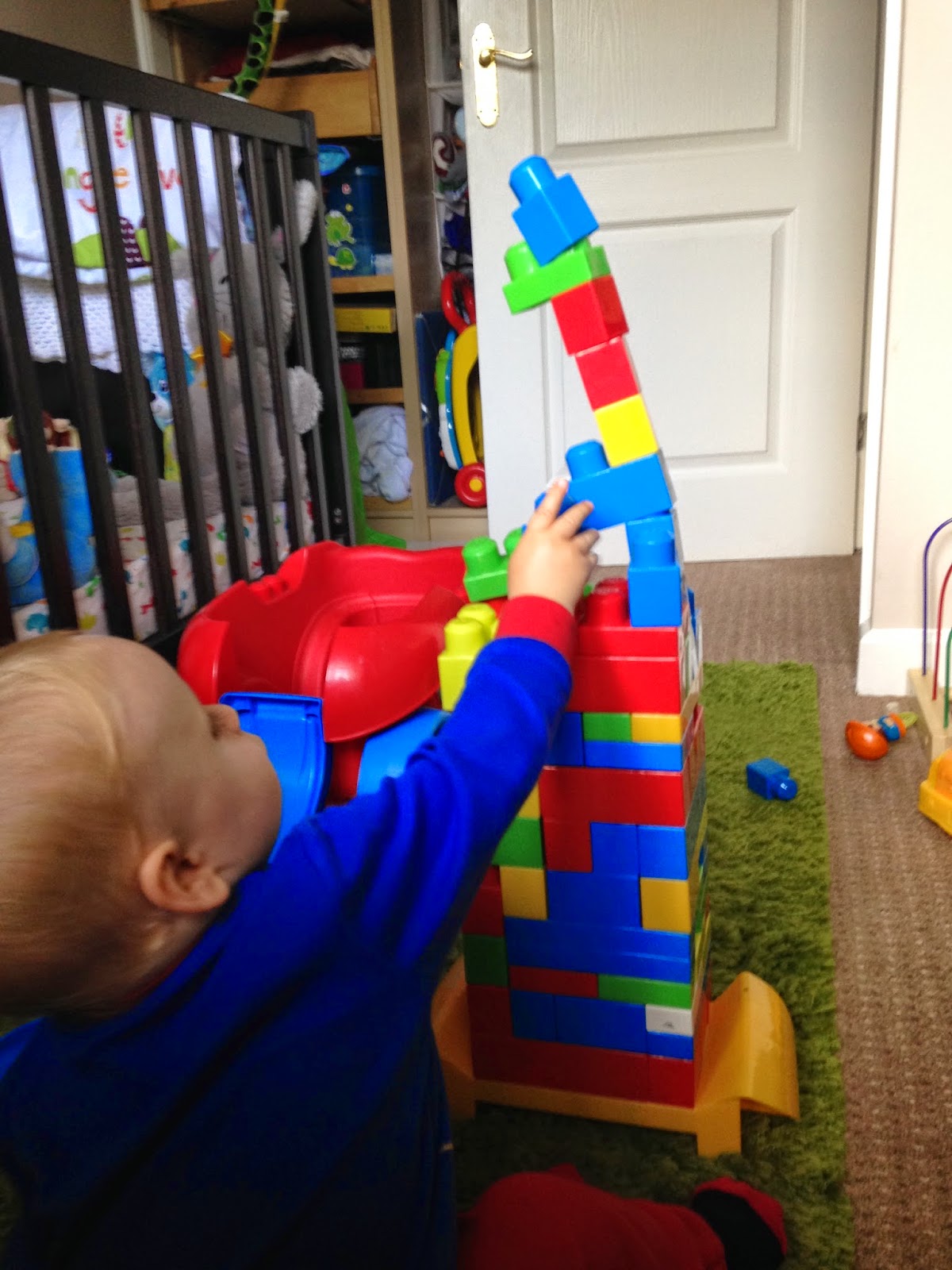 He has his own LEGO and he's getting the hang of building. This was our tower that we built the other morning. He gets so excited and will either hand me bricks and then place his own tower up to. I just need to get him to practice clicking them down into place. 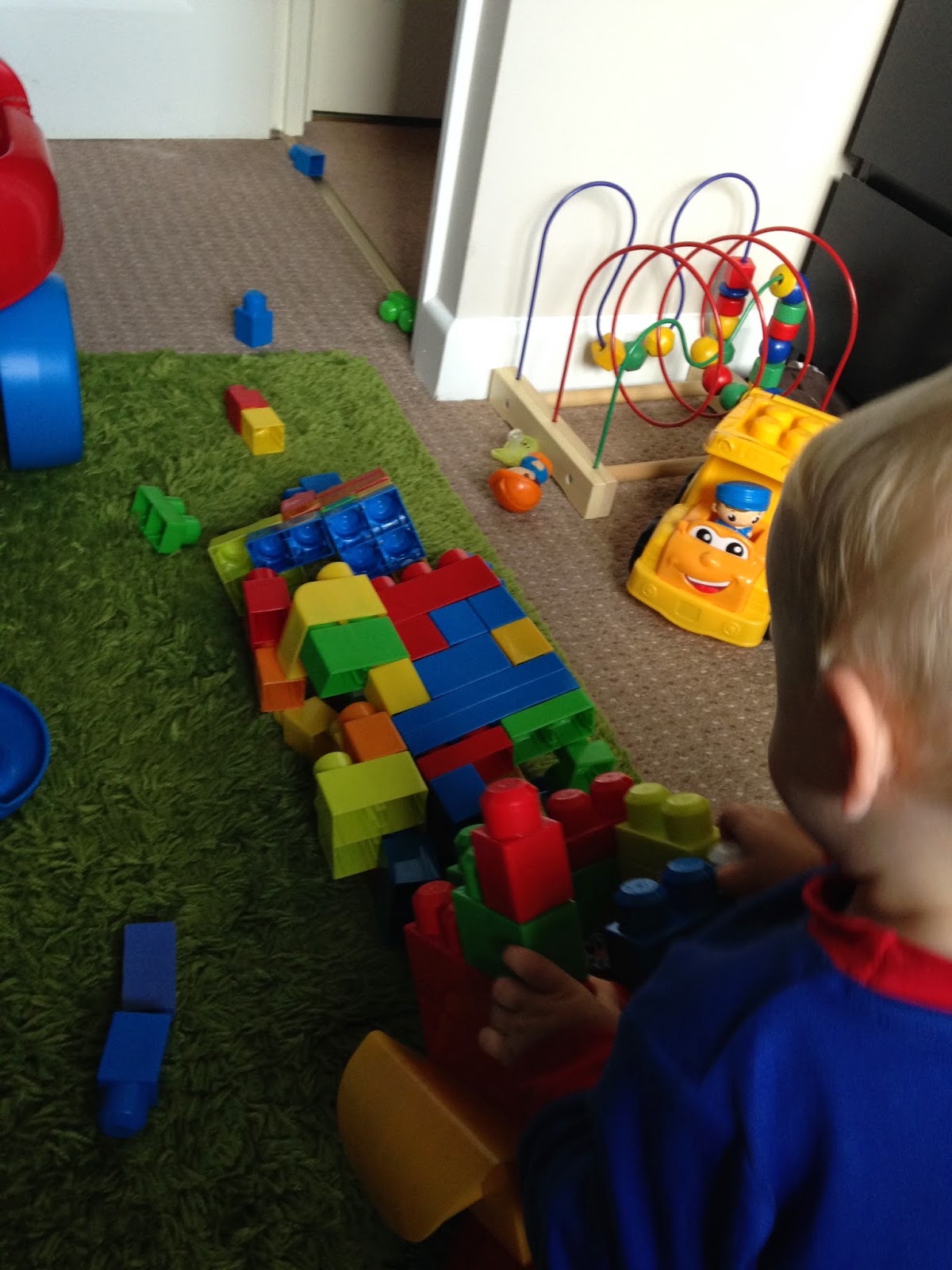 As we have been having a lot of 'TIMBERRRRR'.

He has a special christmas present waiting for him though. Thomas the tank MEGA BLOCKS. Yes I realise it's only September. Yes I have got all his christmas presents already. No I don't care how sad/organised/Summer Sadness that makes me. It was one of those buys where you just go for it because your not sure if they have the pricing wrong or it's just your lucky day. It was a £40 set reduced down to £10. I ADDED THAT TO MY BASKET PRONTO.

I had a really cool video of him building them up, however, youtube and my internet are not being friends right now.

LJ also experienced waiting for the post to come through the door. Then ended up ACTUALLY getting mail too. 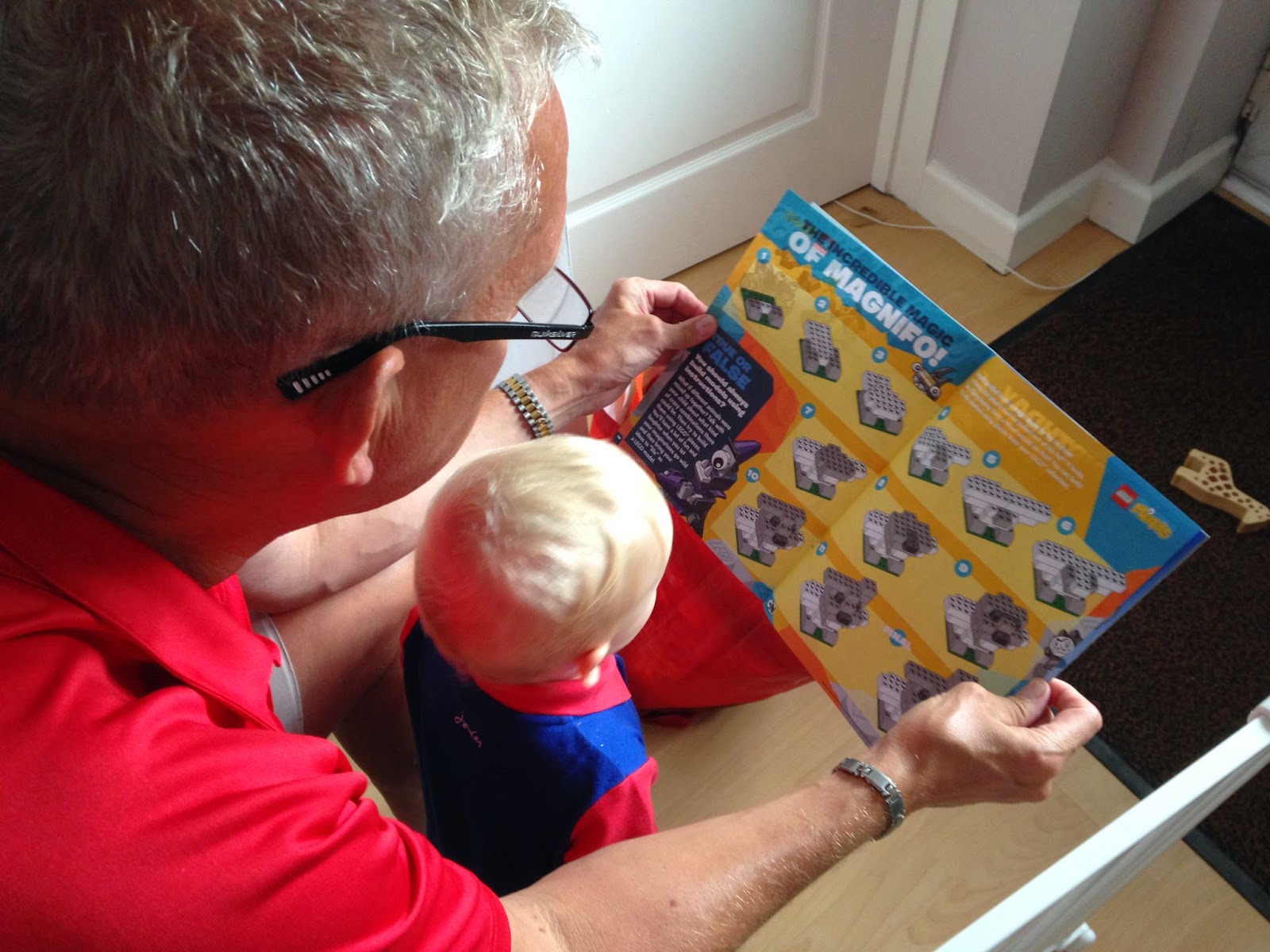 It was his junior Lego club magazine. (Go sign up parents with lego fans or just big lego fans, it's free!) LJ squealed like a little piglet. We don't need to force this stuff, he's a fan.

I realised I never shared the old school LEGO that Ali grabbed from his parents a while back. 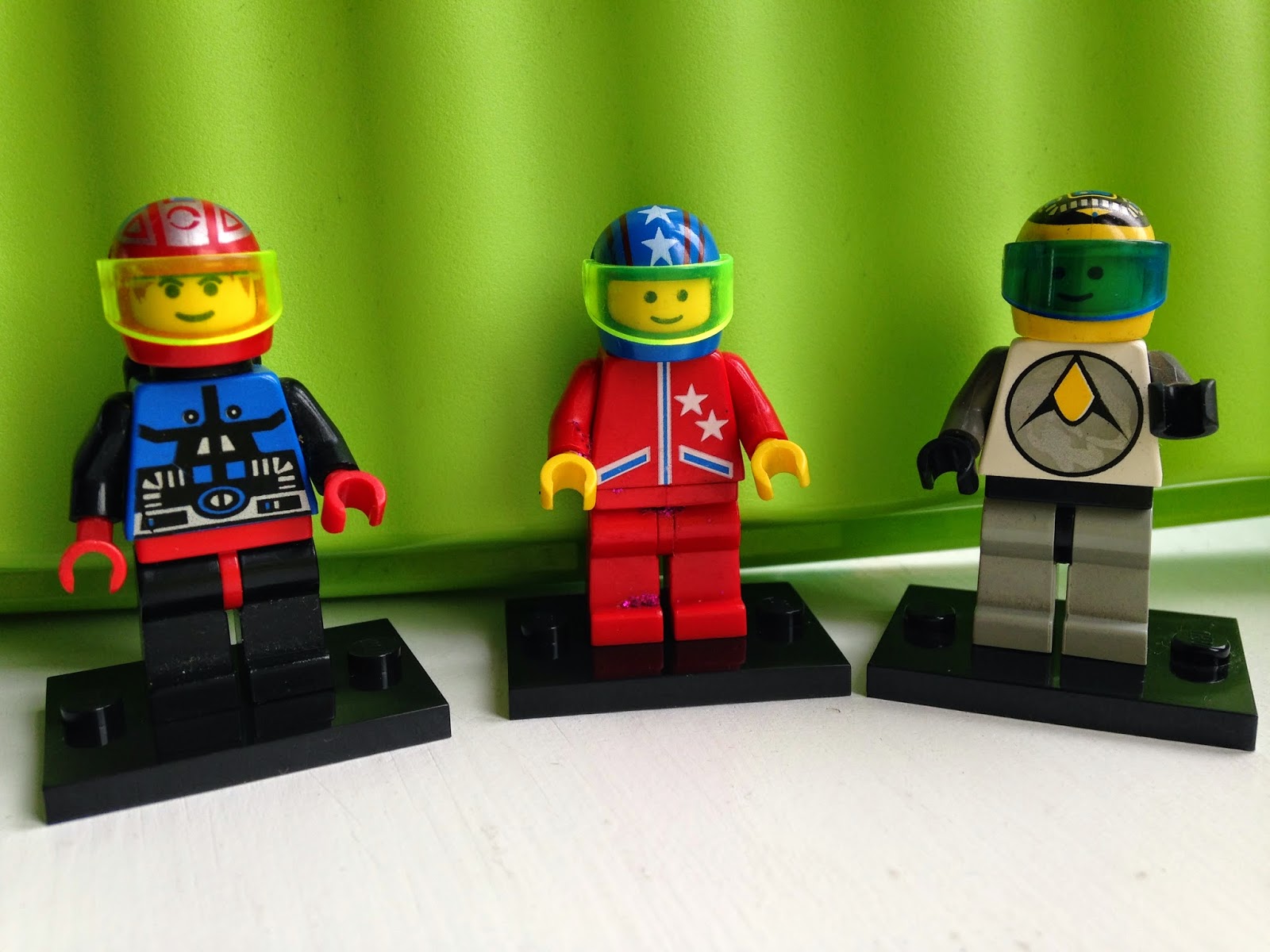 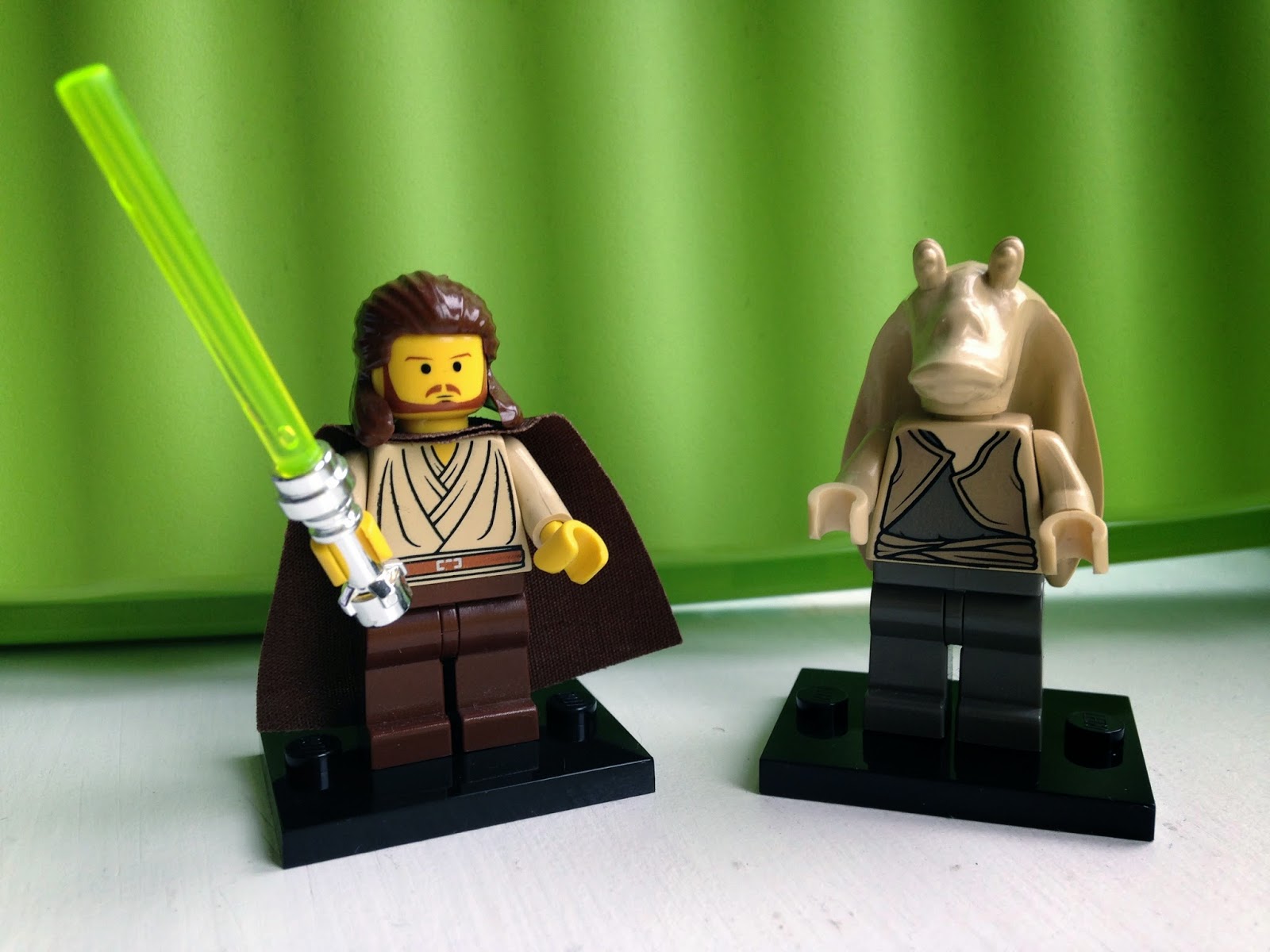 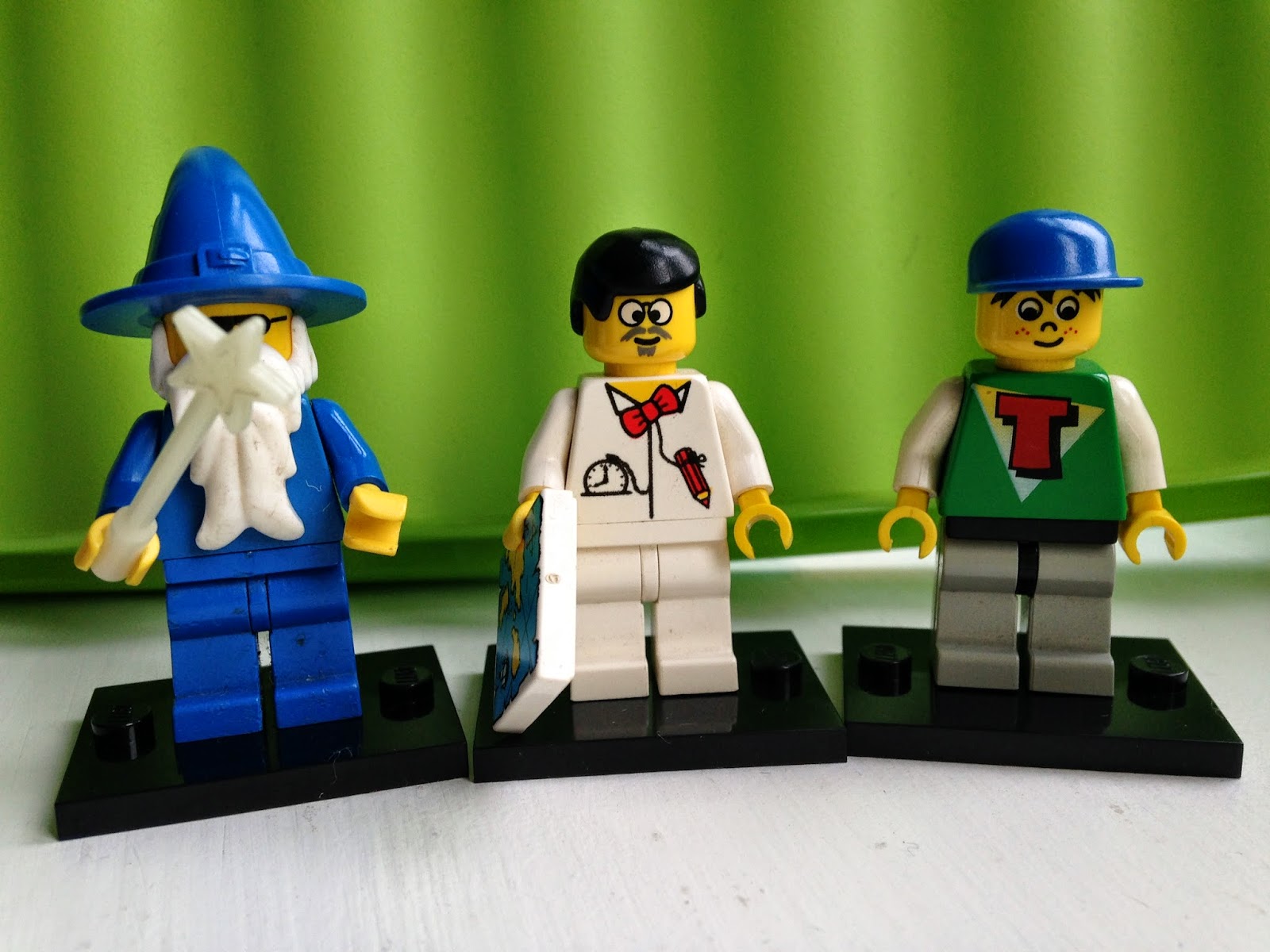 These guys faces are just the best. 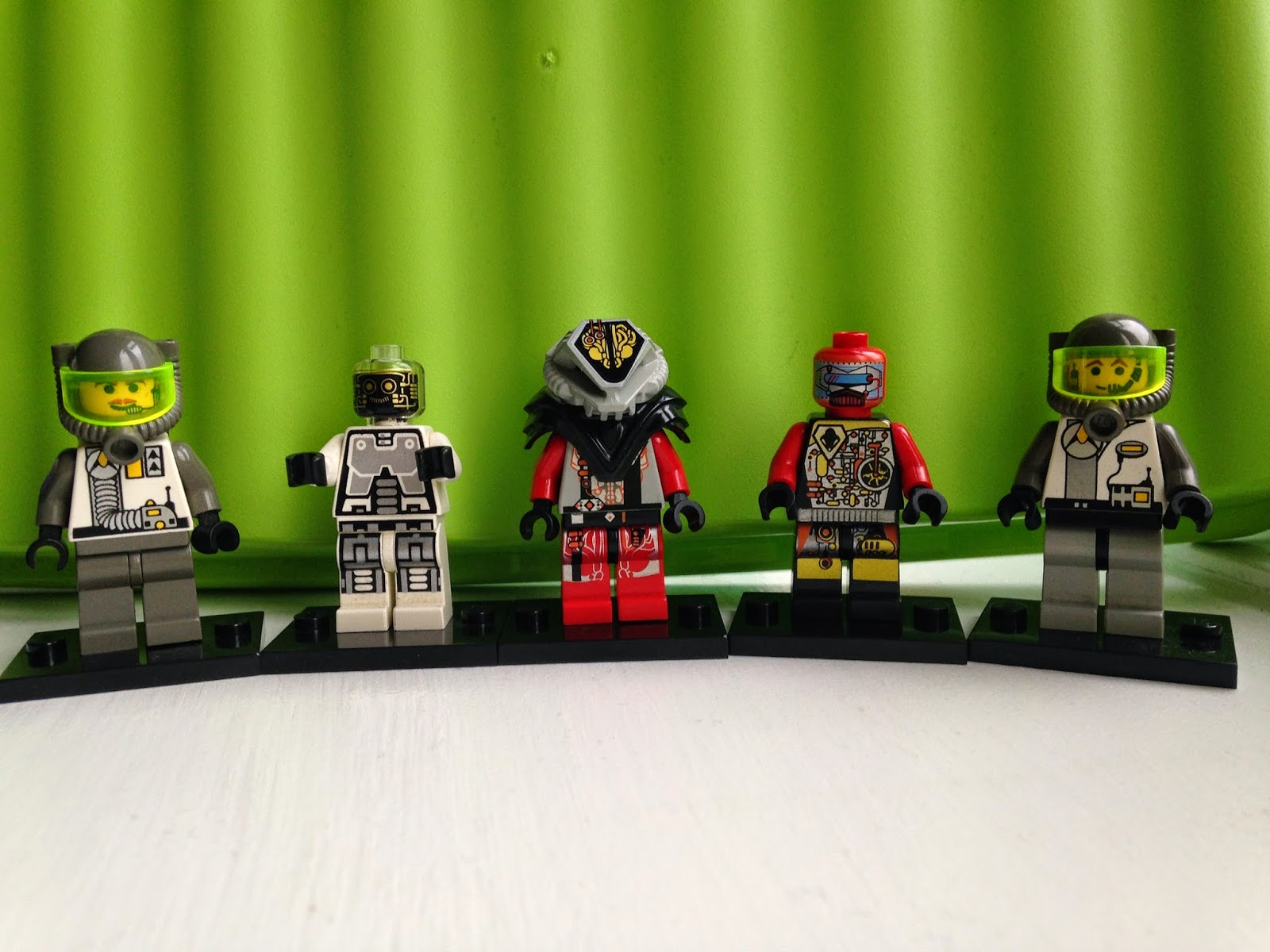 I wonder whether LJ will think they are cool when he is older. I remember being given some 80's barbie/Cindy dolls and thinking they were very cool but their hair styles a little crazy!

So that's the latest LEGO update!
Go check out your boots stores for cheap mini figures! Also we saw today that Sainsbury's have buy 3 for 2 on mini figures.

I guess everyone is clearing stock ready for the NEW SERIES. Yes still excited. Buying one a week will be a test of our self control. 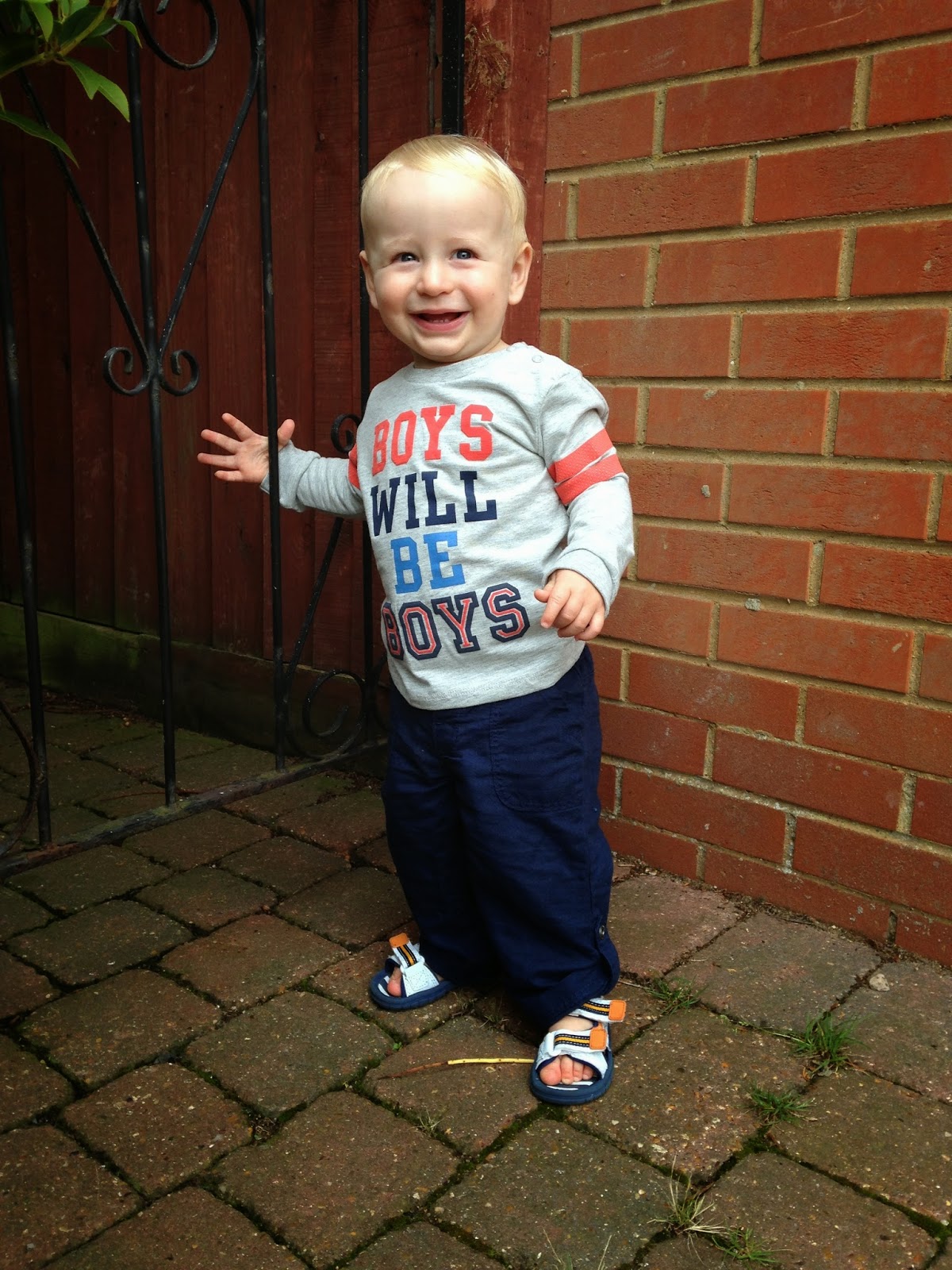 I've got a few planned posts coming up (whenever I find a moment i'm not running around like a headless chicken), life with a boy, how children change your life (for the better!), some summer sum ups and a few guest blog posts from my creative friends!


Have a great weekend, remember EVERYTHING IS AWESOME!