Twenty Five in the Photo Booth 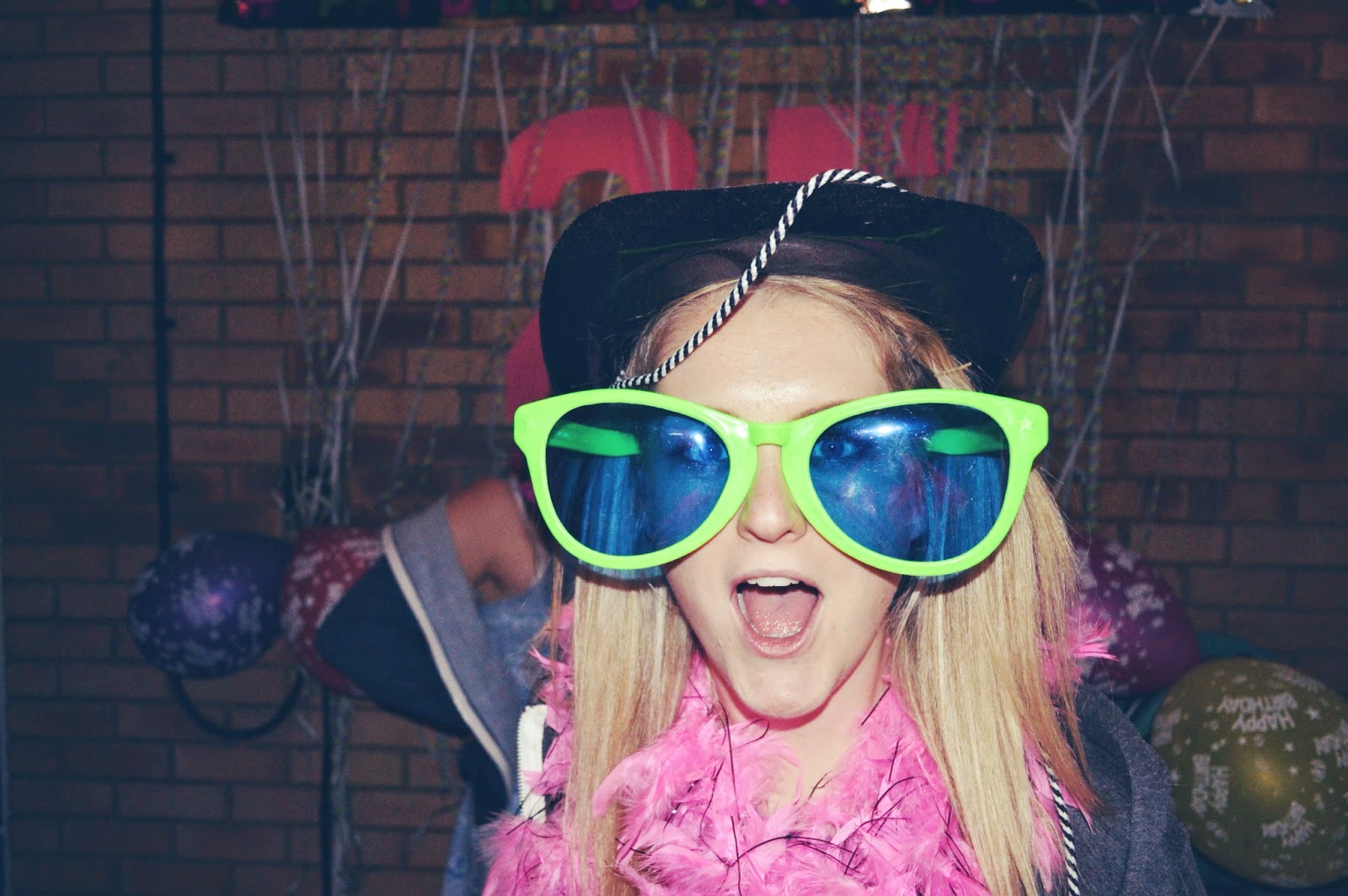 So it was my birthday two weeks ago! I turned twenty-five.

I've tried out Vimeo for a change... Here's the video of all the photobooth photos.

Twenty Five in the Photo Booth from Samantha Rhind on Vimeo.


I'm always one for celebrating birthdays. I'm not sure if that comes with being a Summer baby and therefore everyone is in the height of warm weather and socialising. However, my group of friends are mostly all Summer babies, this proves problematic when you happen to be the last Summer baby with a birthday in August. Everyone is fed up of going out out.

I noted this on my twenty-first birthday and decided the following year to take the party to the garden, namely my dad's garden. It was the perfect solution. We could all socialise, get merry at cheap prices and not have to mingle with the sweaty population of some club, namely liquid or vodka revs. You didn't even have to dress up. In fact we even ended up in onesies.

The following year, when I turned twenty-three, i'd say that was the year of the 'Photo Booth' when every wedding was having one installed. I came across a blog post of someone who had made their own at home for their birthday and I thought, yes let's do it.

So I had all these amazing ideas in my head and then when it came to it, nothing went or looked right. I'm a little bit of a perfectionist and this proves difficult when I also imagine better in my head than I can produce with my hands. Story of my life.

The props maybe were the best turn out, I sourced from our local pound land and managed to pick up various party props for low prices. Turns out that everyone loves a little dress up, they just need a little alcoholic encouragement.

So we all had an awesome time and ended up with a queue for the Photo Booth with certain diva's hogging it...

Then I had a baby just before my twenty-fourth birthday and we had a low key family BBQ and I enjoyed a Coke while nursing a baby.

So I knew I wanted to go big again for my twenty-fifth and then I'd decided i'd lie low again until my 30th. 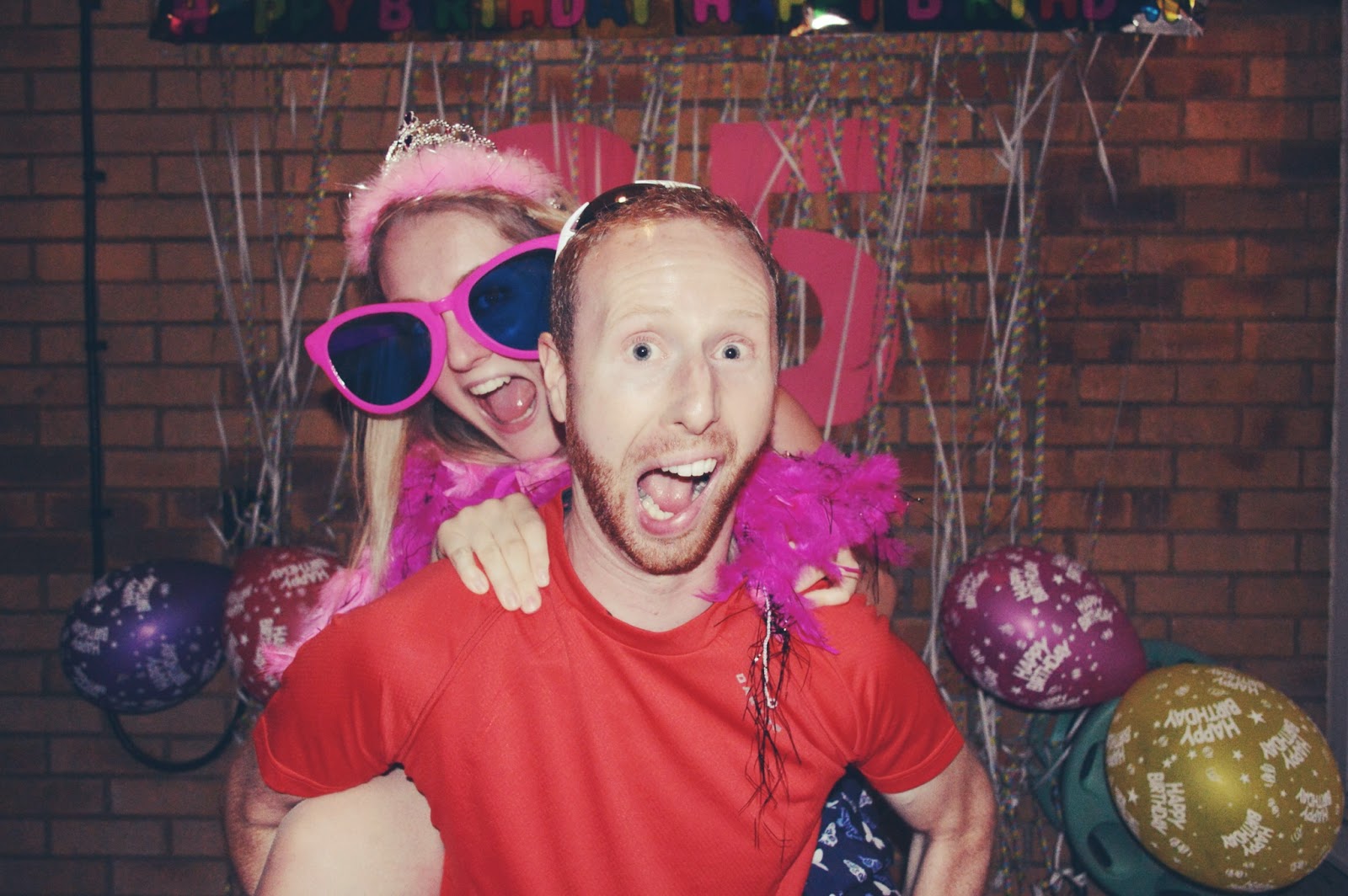 I'd like to think Ali and I are 'fun' people. We are always up for a fancy dress theme and we love our drinking games. We have a few different circles of friends and we always love to throw them all together to celebrate.

So we brought back the photo booth for the twenty-fifth birthday. I had big visions again of it being amazing and how I was going to make my own streamers and a big 2 - 5. Yeah I should stop dreaming big. It turned out OK, better than the previous attempt but my steamers didn't look anything like I wanted them too. I stressed over it a lot and then I grabbed myself a drink and just forgot. 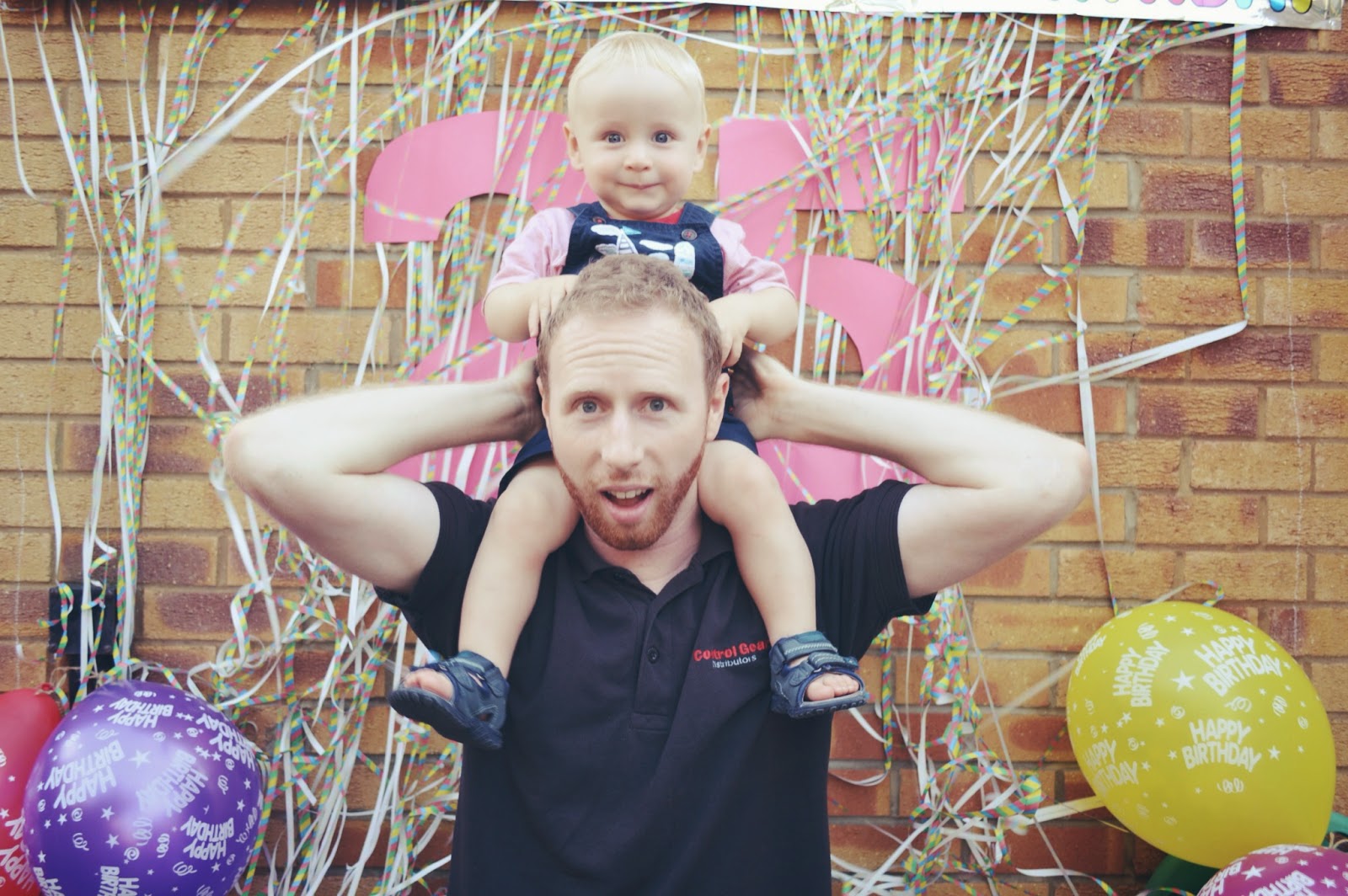 We did a test shot and drew chalk on the ground for the spacing and went to party! 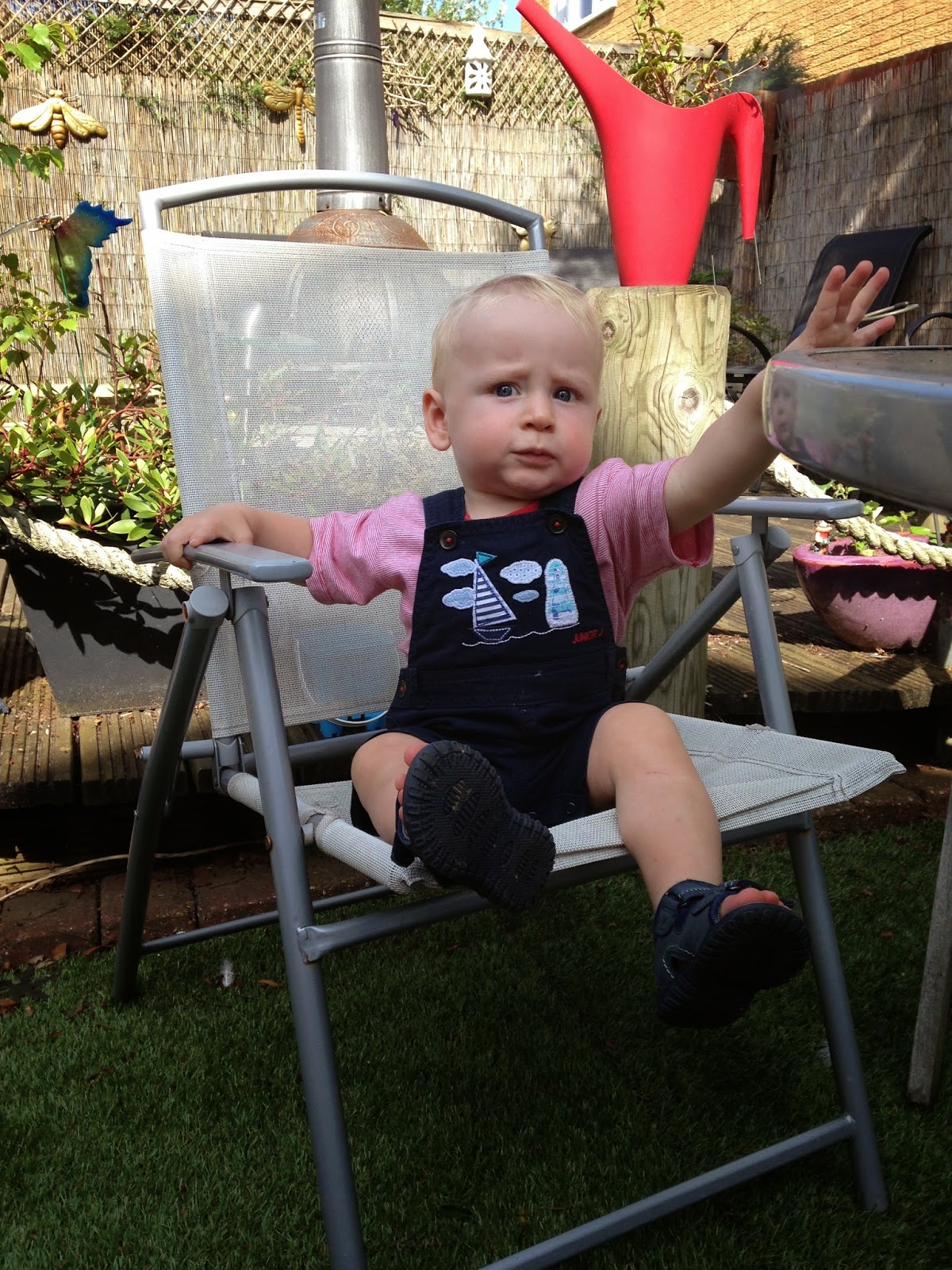 LJ hung around at the party for a while, giving his usual flirty smiles and cheeky grins. 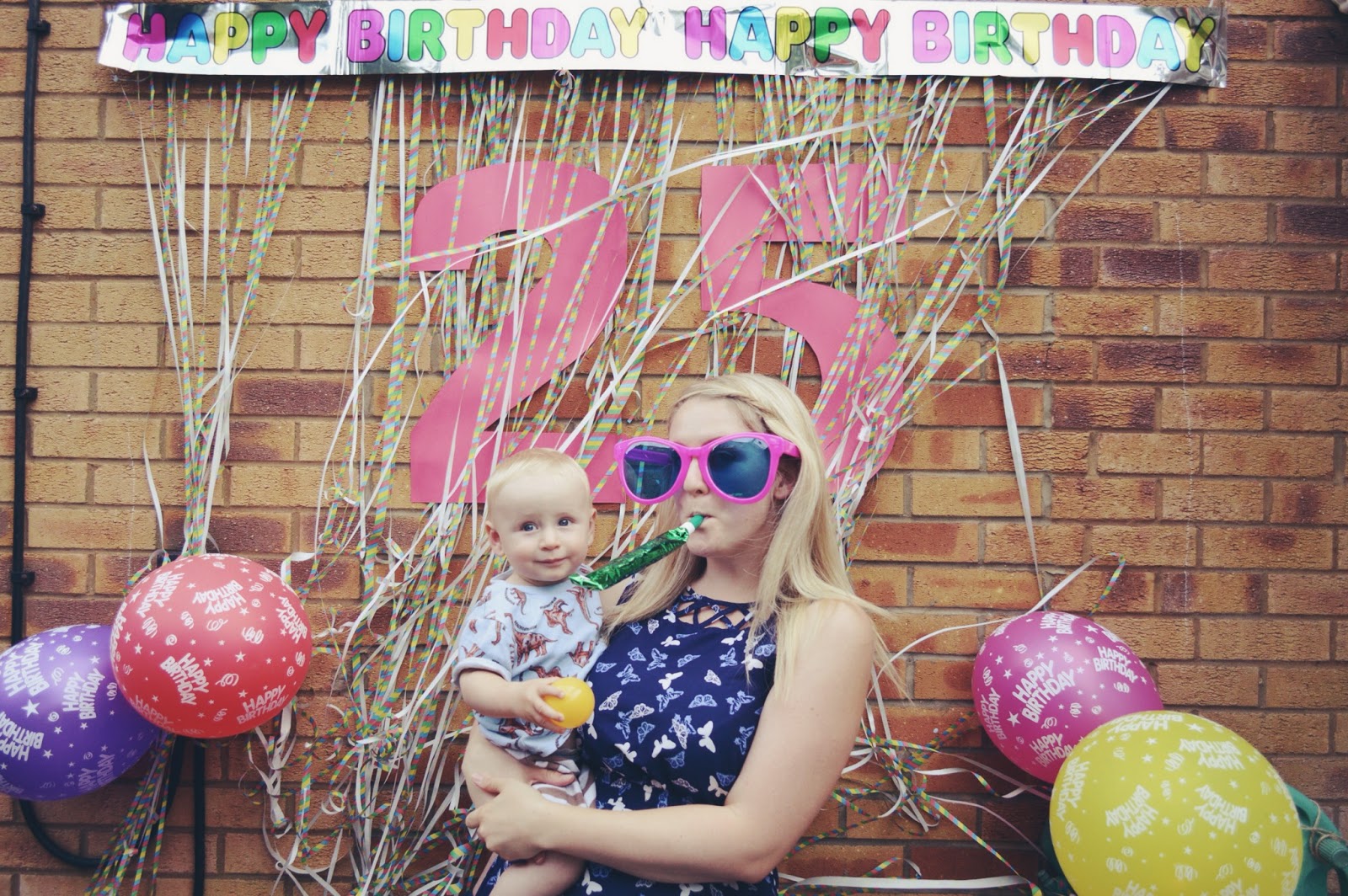 He loved all the dress ups on us, but still was refusing any item on his head. 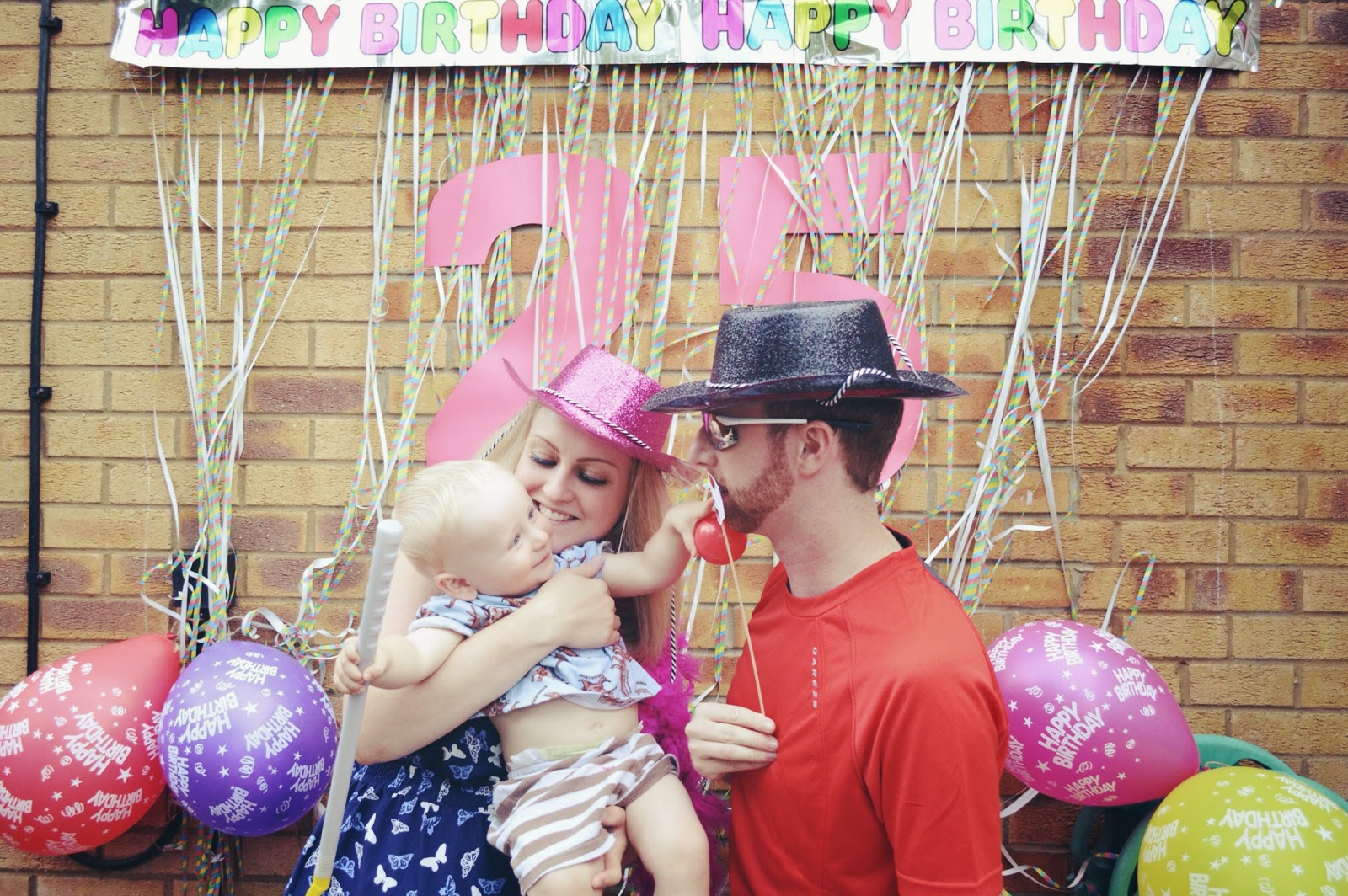 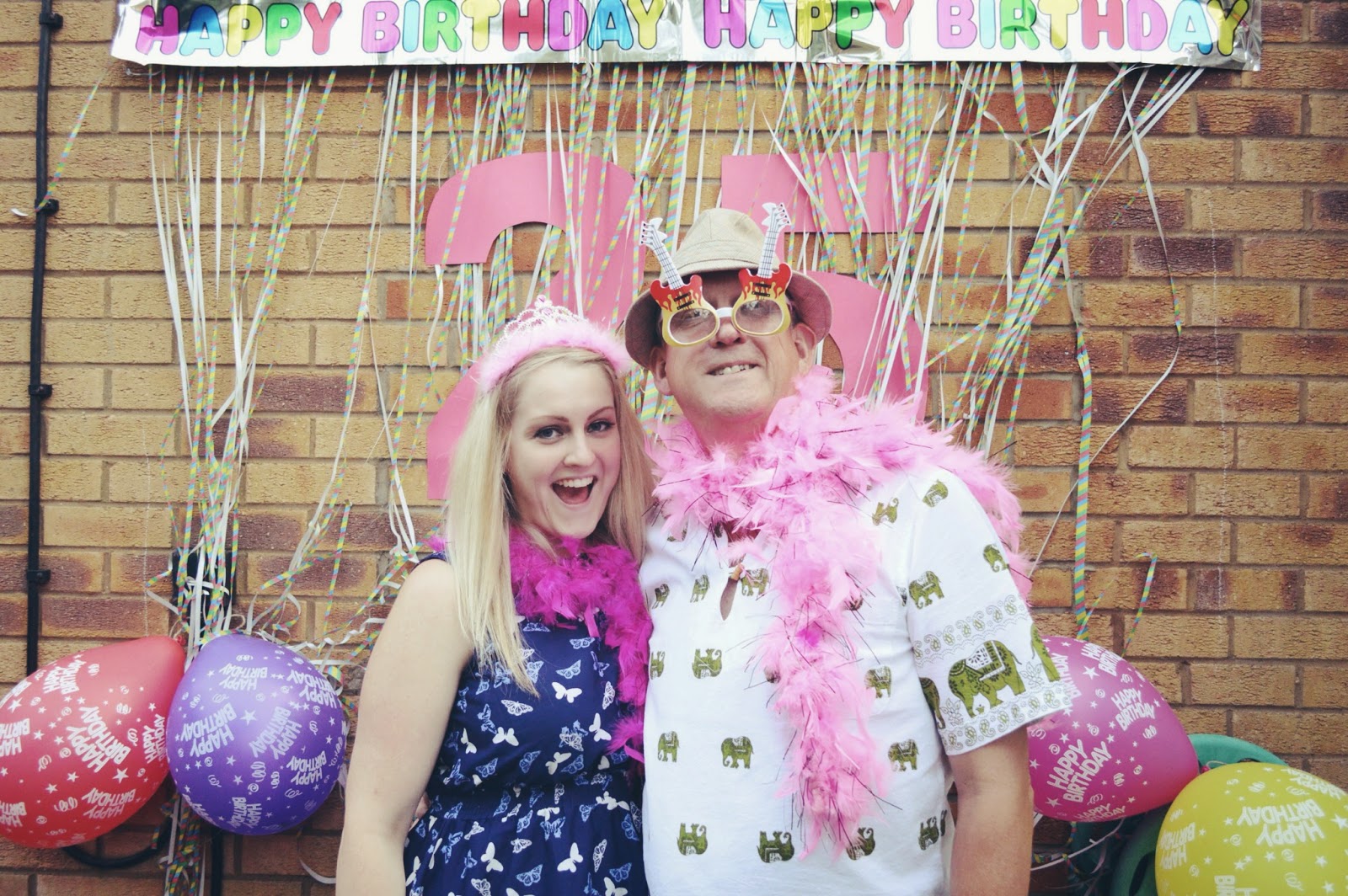 My dad is the ultimately party host, he loves throwing the parties and is always up for the challenge of getting people drunk. If you're stupid enough to quote 'You won't get me drunk' then you may want to learn yourself a lesson. 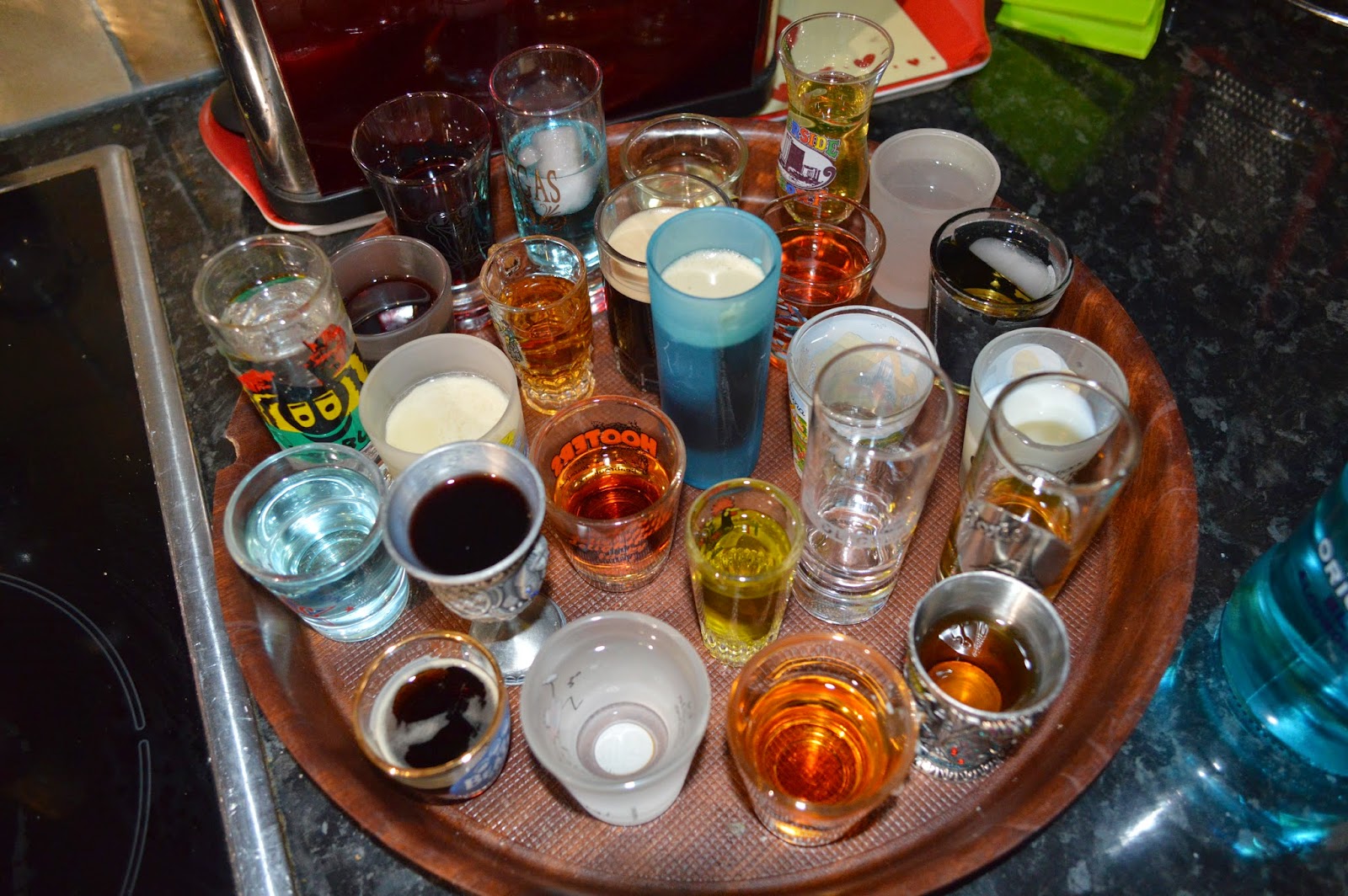 He has a famous game called the 'mystery shot game'. It's developed over the years but basically he will fill up some shot glasses with a range of drinks from Juice to liquor cupboard rejects and then throw in some trick shots like water or vinegar. You then get a blindfold and you have to reach out and take whichever shot glass you touch first. Don't smell it because you'll get a plenty extra shot. 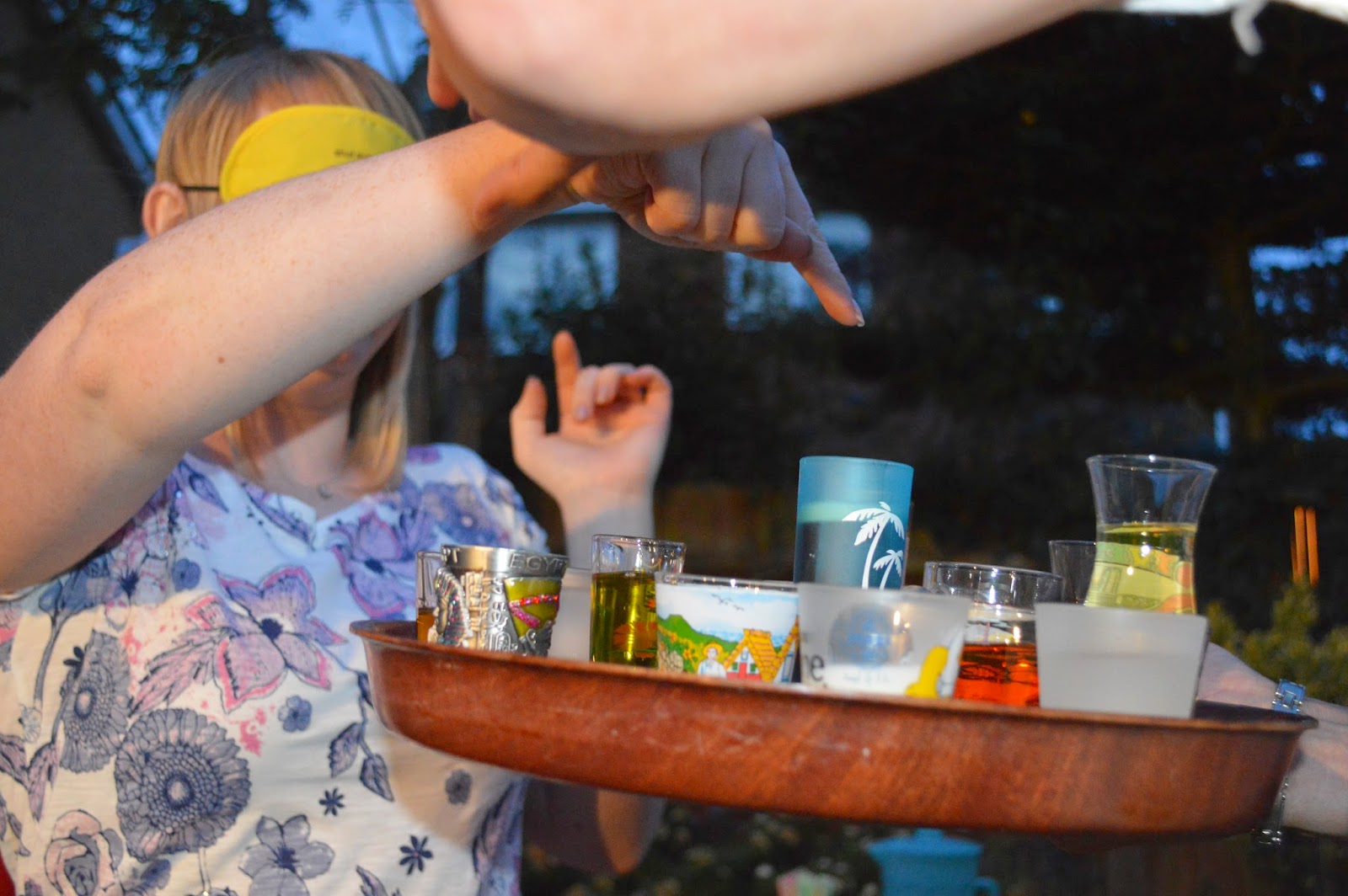 We had some newbies to the game this year, my work colleagues and a couple of friends new other halves. They took it well, even when they got plenty shots because we may or may not have explained all the rules/picked on them because they were new. 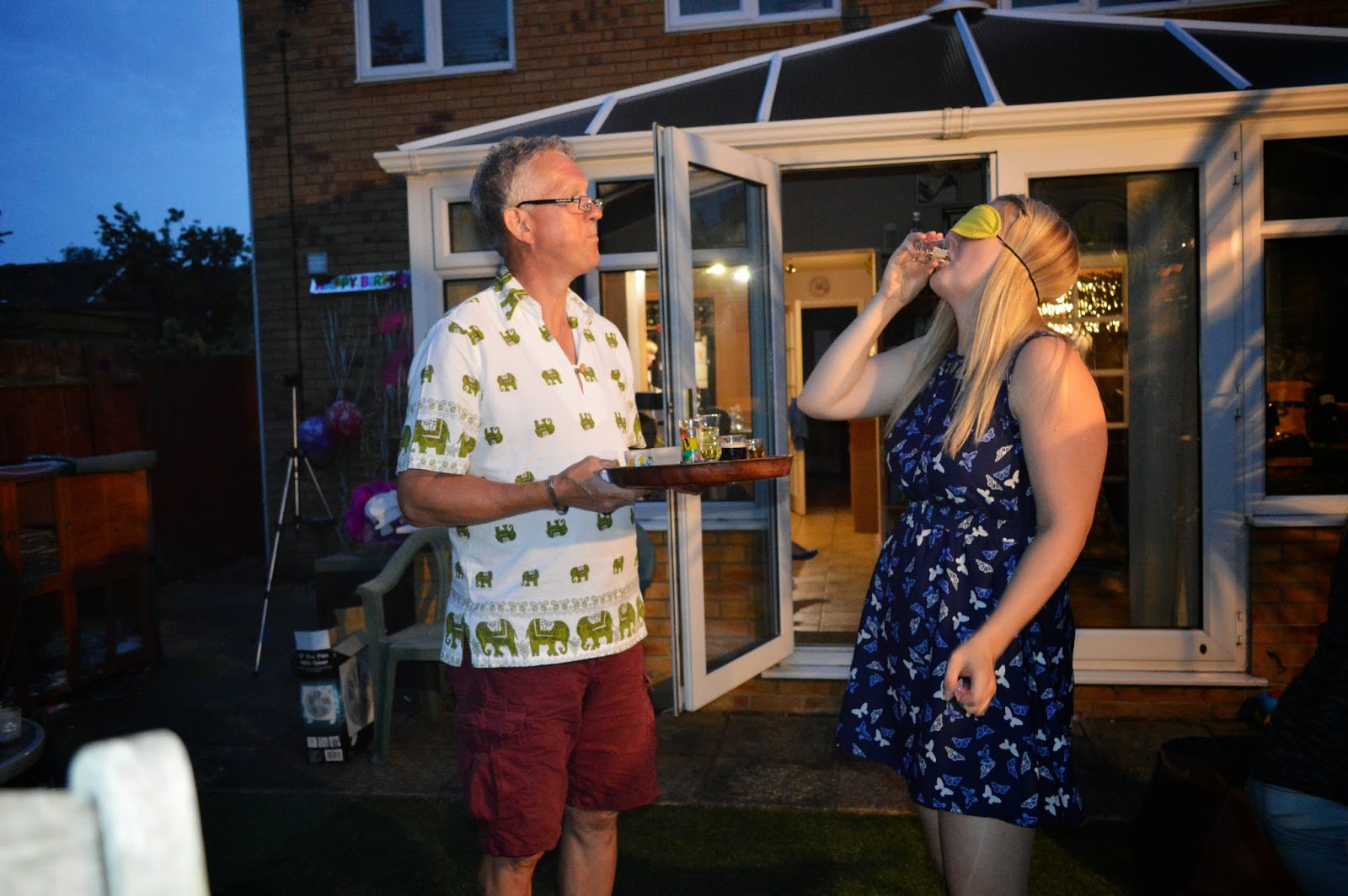 I ended up getting a shot of brandy, which i'm sure was older than me, and it burnt.

You are of course exempt from the game with a honest excuse such as your driving, your pregnant or your on antibiotics. 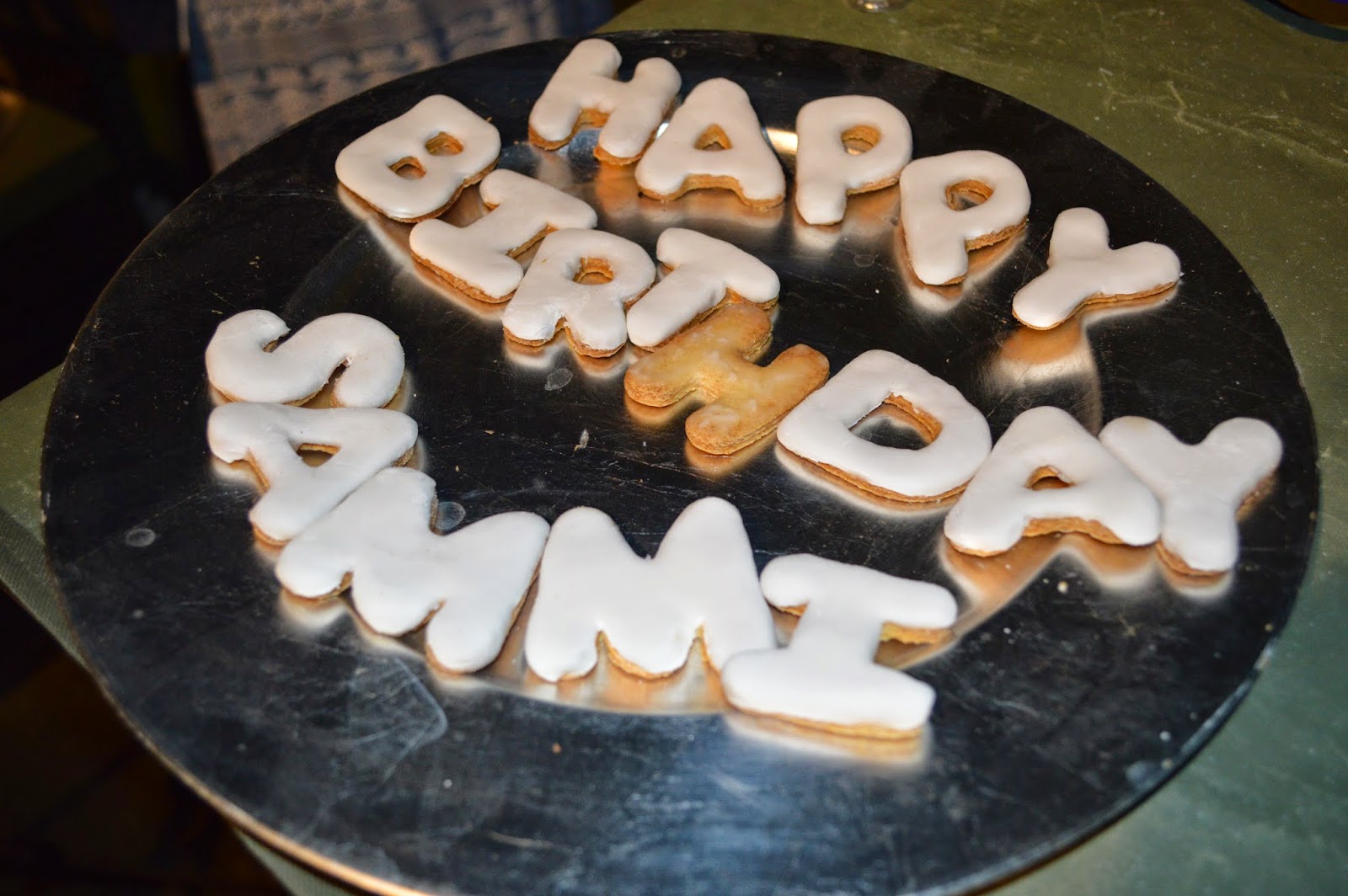 My friend Soph made me some amazing biscuits (she made LJ's for his birthday) but we forgot to bring them out while everyone else was here! Oops. Your loss.

We also reused the left over props from LJ's party. We incorporated them into the drinking game we were playing and it turned into a very strange tea party ring of fire. 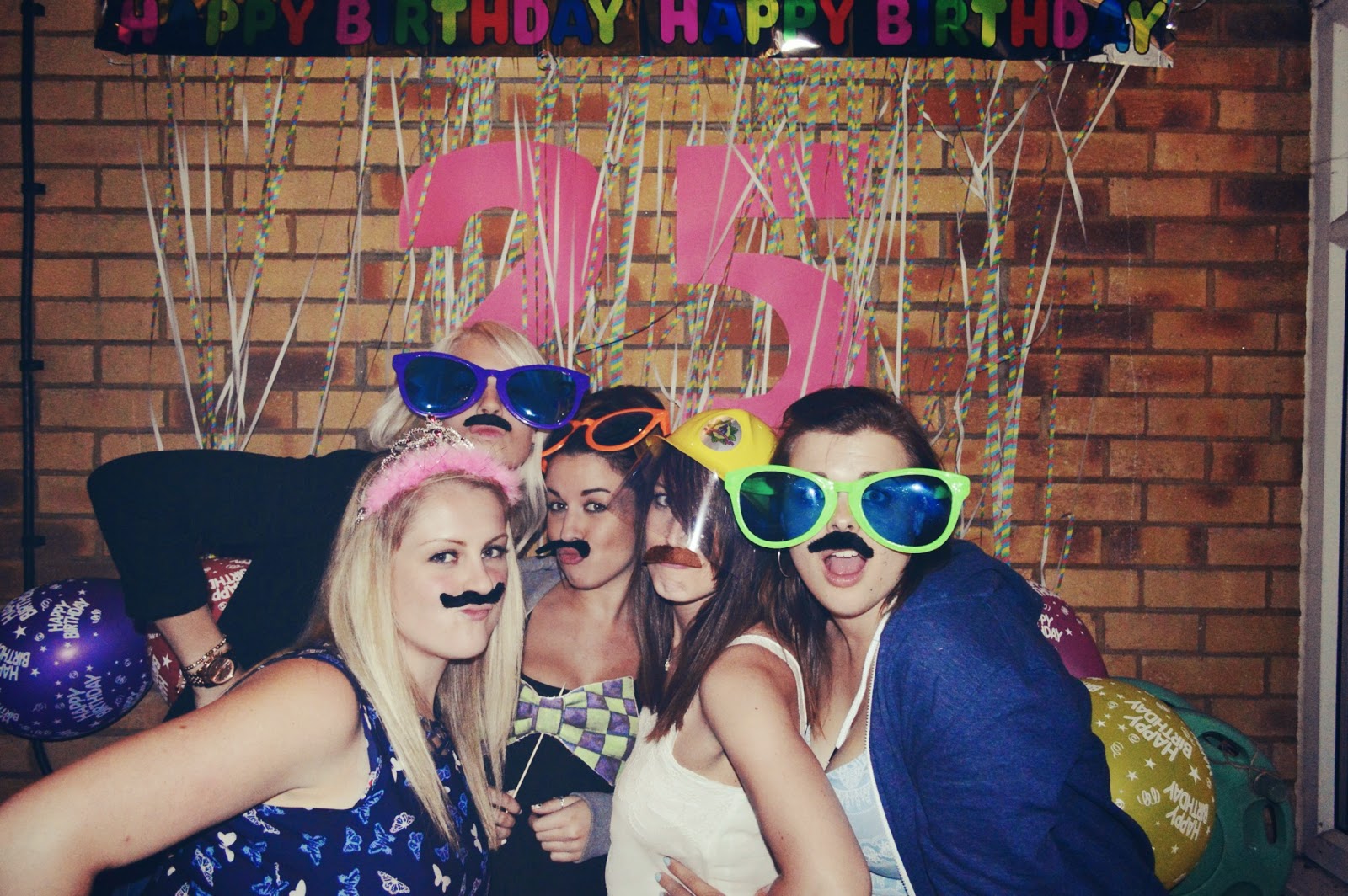 Us girls had lots of fun getting in the photo booth again. We were missing a couple of us but had a blast trying to work out if we would all fit in the photo while waiting patiently for the self timer to count down and trying not to laugh our heads off. 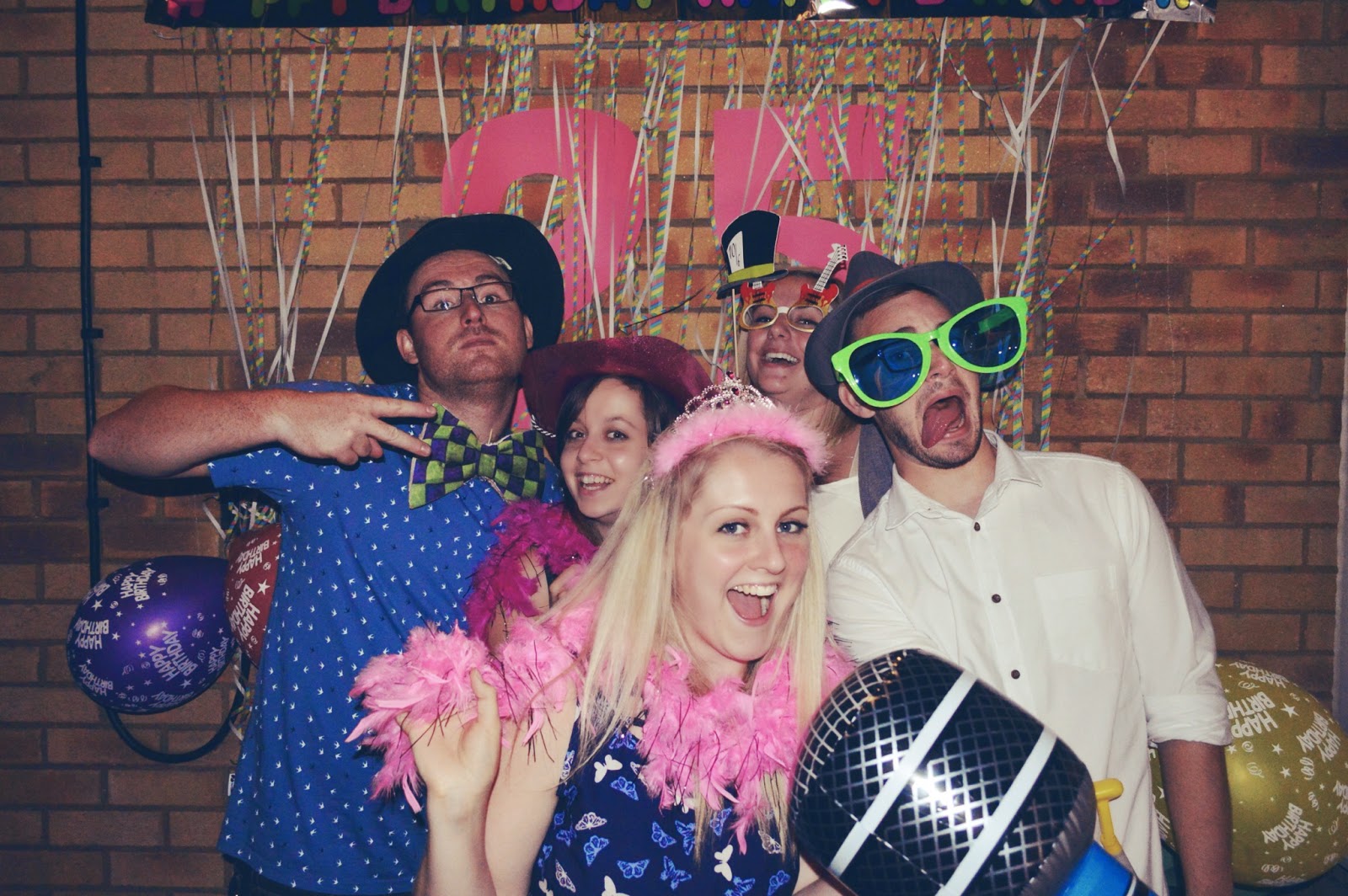 Matt made sure he got his fair share of photo booth action. The last party he managed to fall victim to the shot game and ended up home by 8:30pm. 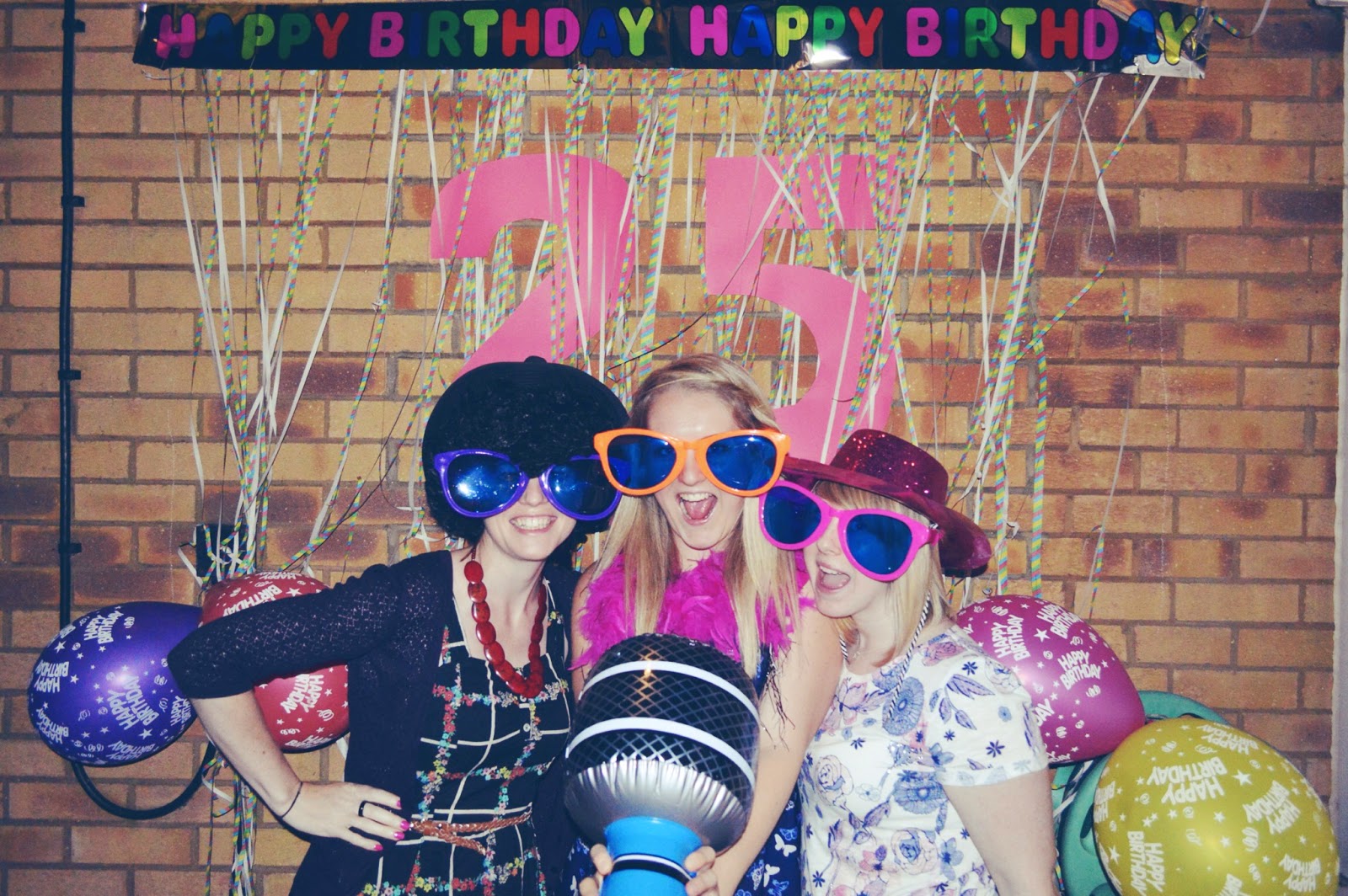 I was thankful the weather stayed dry, usually it rains. It did later on, we must have just got everything inside and then the heavens opened. 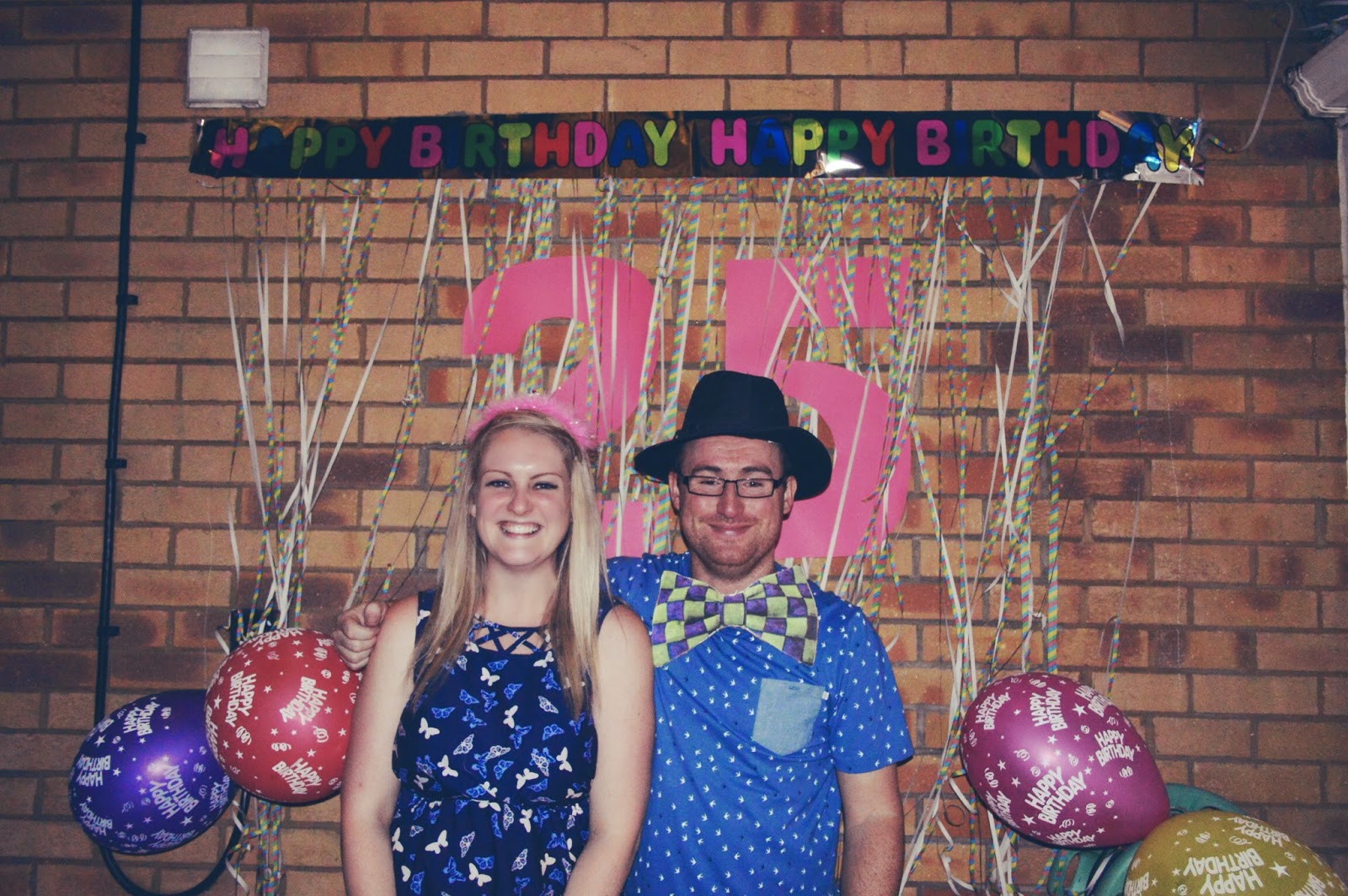 I always keep all the photos in the Photo Booth video, you can see people pose and then crack a smile after. You see people jump in and then fall back or over. 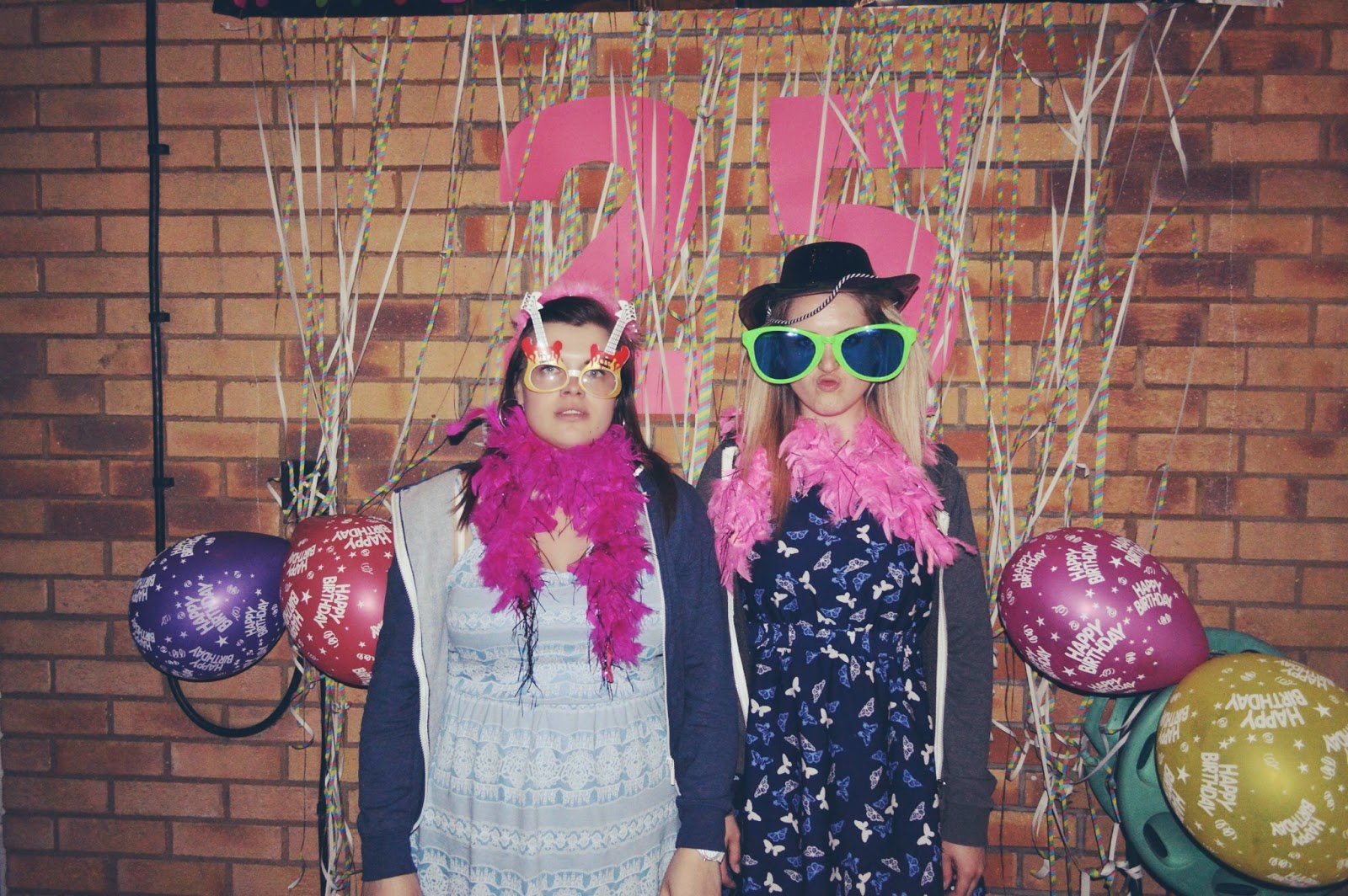 It was a great night and I loved hanging out with all my friends and laughing and having a drink for once.

We'll come back with even better in 5 years time!

Earlier in the day I enjoyed waking up to cuddles and kisses with my little man. 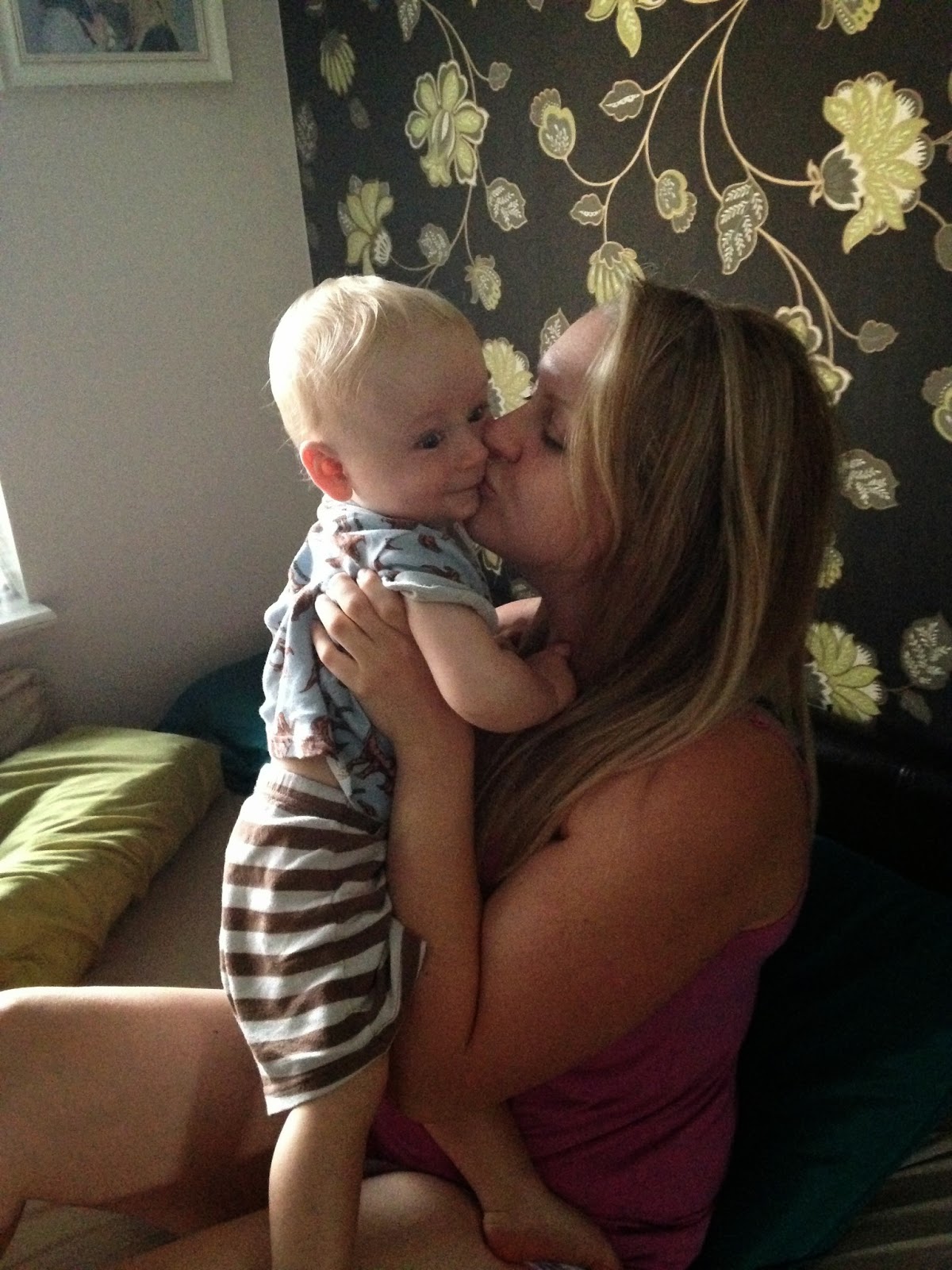 Then daddy had to go to work but I had the day off, so LJ and I hung out in the morning and then we walked to meet daddy for lunch at Frankie and Benny's. 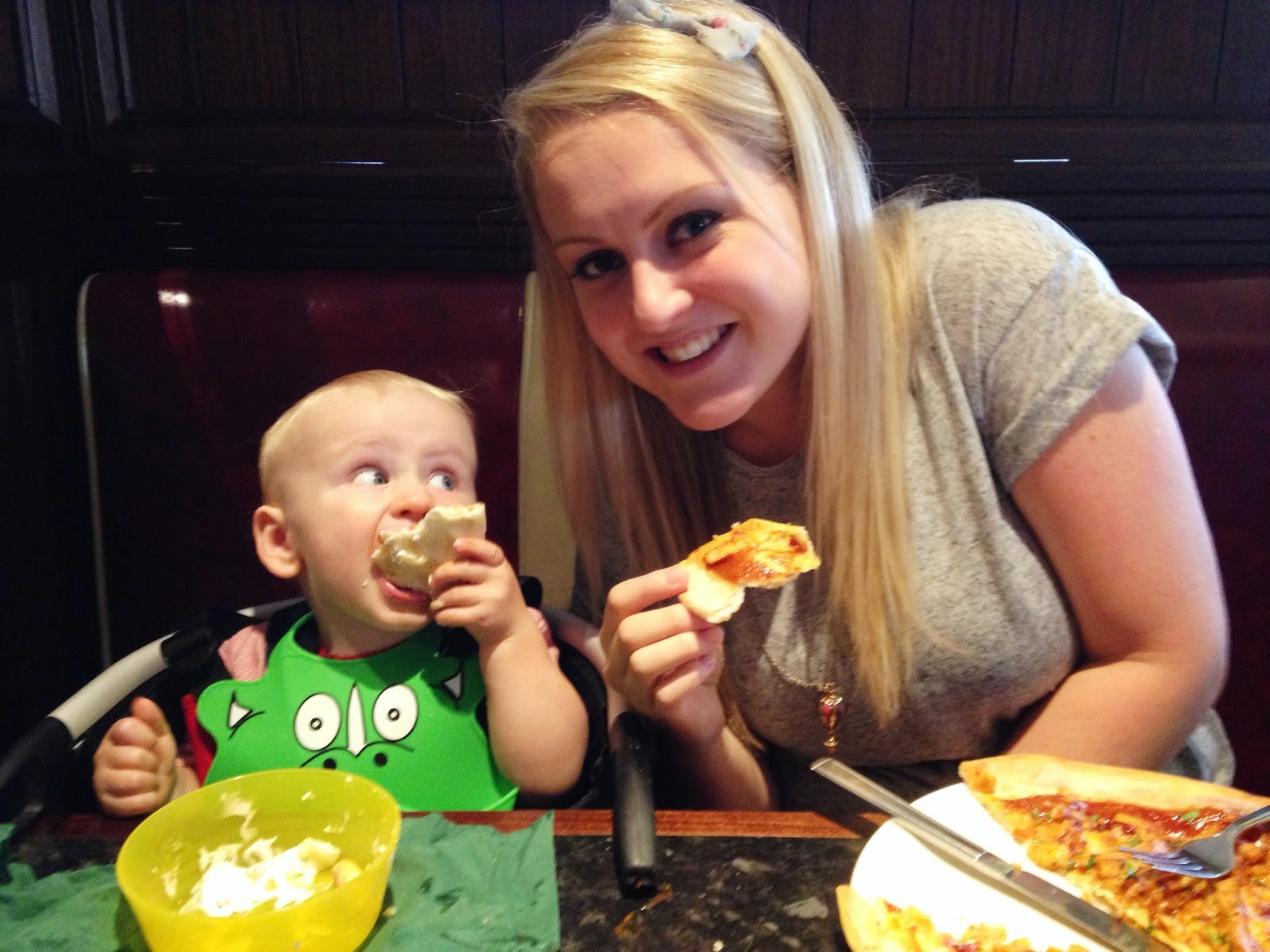 LJ stole half my BBQ chicken pizza and was loving it! He also had some of our potato skins and enjoyed dipping them in the sour cream.

We were even going to spurge out and have dessert but Ali had to get back to work, so we will save it for another time!

We are off on holiday for a week to Norfolk, so i'll be back in a week!

I'll leave you with Twenty-Three in a Photo booth.