It's been a good week so far. Much better than last week anyway!

Firstly because we went to do our food shop and saw these beauties new to the shelves! 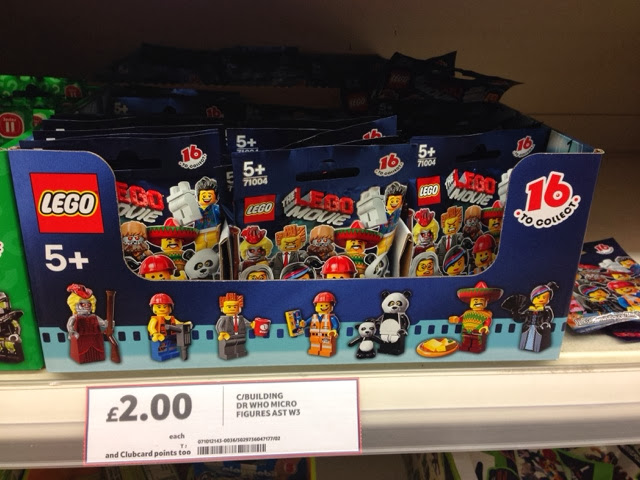 Exciting!!! New lego movie minifigures series is now out. Only thing we were disappointed with is the price has gone up to £2.50. The above ticket is for something else.

Even I joined in with the excitement this time and played the feel the foil game. We ended up getting 3 as we got a little overexcited! 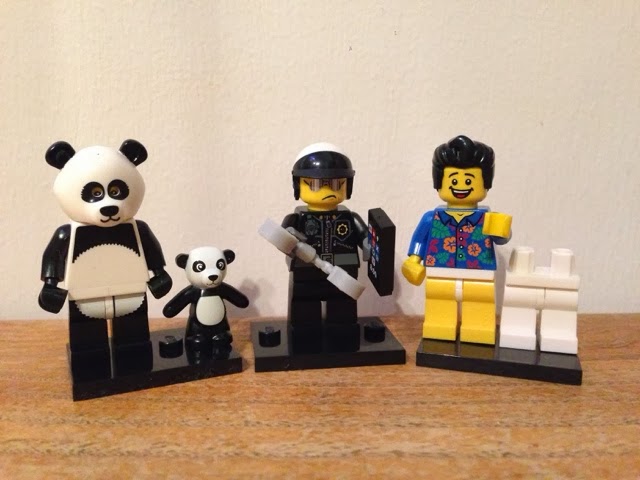 Mine was the Panda and I guessed correctly! Ali really wanted the police officer so happy all round!

Only now we need to get another storage box. Ali's found one that is a 8 man storage and this seems to be slightly cheaper to get two 8 man rather than the 16 ones.

This week a friend asked me if I had any ideas regarding a lego themed bedroom. I immediately jumped on Pinterest and found so many fun ideas!! I shared them with her and I've created a board for future! (LJ better love Lego!) you can check it out here. I especially love the minifigure display ideas. 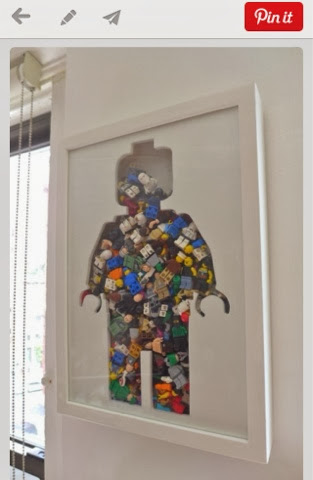 And I bought some baby jars this week to save to do this little project... 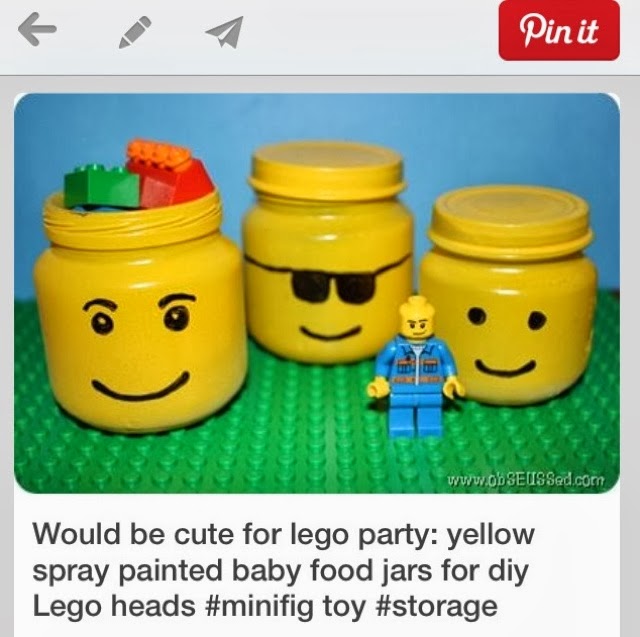 Talking about projects... I'm nearly all done with my August 2012 - August 2013 photo book. I was full steam ahead in completing it and then my white gel pen ran out and I can't find a new one anywhere! I think I'm going to need to do a trip to town to WH smith. (Maybe I'll go on Thursday while I'm child free for the day as he has a trial day at his grandparents - my list for that day is unrealistic but the thought of some much time is exciting) 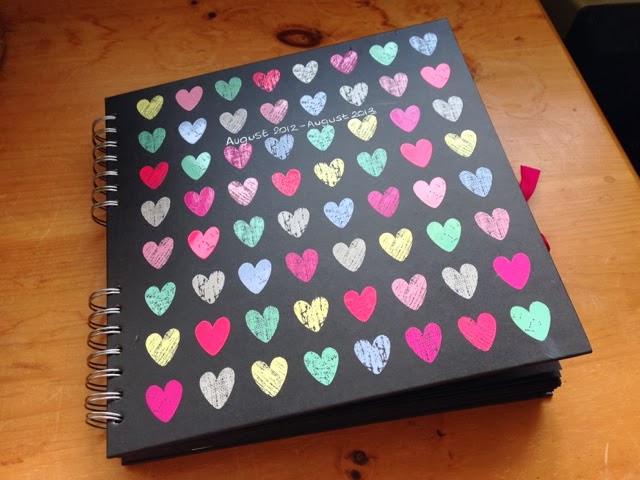 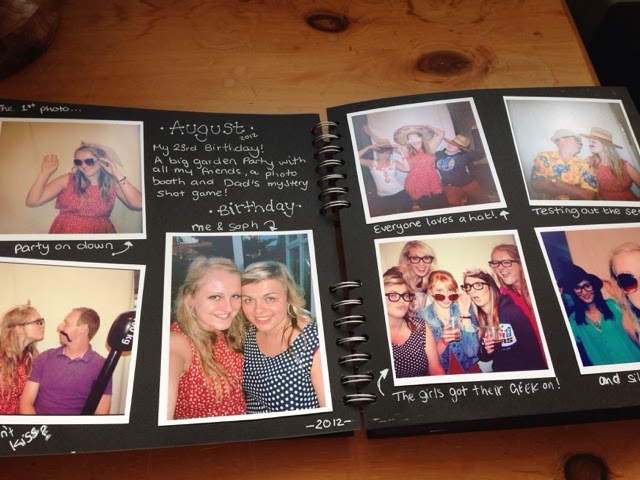 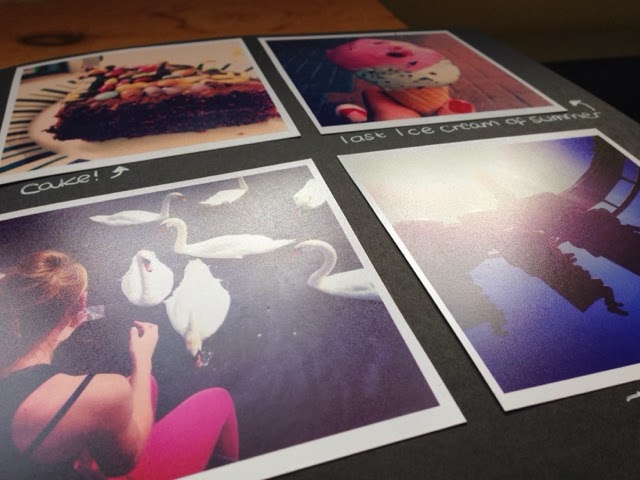 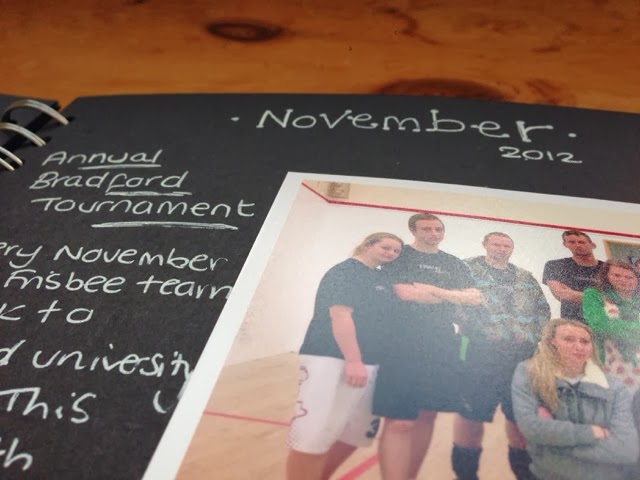 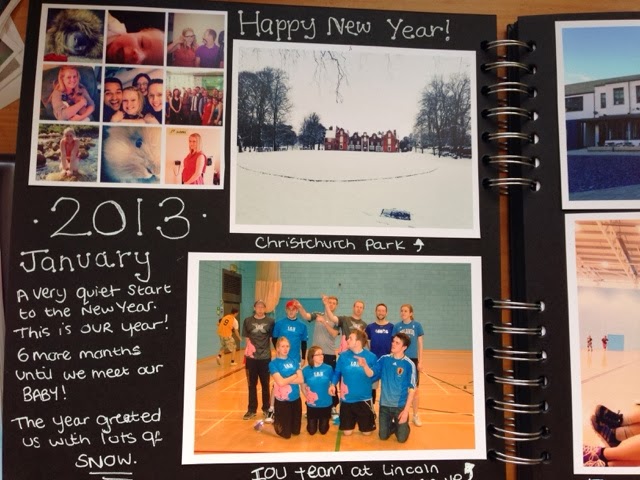 I loved using the white gel pen! It's so lovely to look back at the year and see how much changed.

I'm in working progress with Logan's week by week photo book. I've printed and stuck in photos for weeks newborn - 28 and will do another batch in a few weeks. Then I will need to do some writing.

My glass jars for the craft materials is on my list for Thursday but I think I'm being unrealistic about how much I will get done that day.

In other news, I nearly did a Peaches Geldof last week. If you don't know what I mean then read here.

Don't panic. It wasn't as bad.
1. I wasn't on my phone
2. My baby was strapped in
3. I prevented complete tipping by using my shins to stop the pram.

It hurt. But was totally worth it because my pram didn't tip over! Basically I was crossing the road (a quiet one, thank goodness) and the curb had a pot hole before you reached it. I didn't see this and my wheels got jammed and because I power push my pram, the force tipped it nearly all the way over. A near heart attack doesn't cover it! I pushed my shins against the bottom bar and held it tight and managed to lower it back down and get out the hole.

I checked a (sleeping,undisturbed) LJ and he was fine and then I nearly cried in pain as I hobbled to the path and checked up and down the road for witnesses to my mummy fail.

No witnesses and I held back tears but I couldn't check the damage as I was wearing jeans. I continued to walk home while my legs throbbed in pain.

Later on I discovered I'd took most the skin off both legs and now on day 4 I have some lovely bruises.

It really hurts when you hurt yourself as an adult. I'm not used to it!

Another heart attack moment this week was LJ nearly getting out of his cot. I left him sitting up and he is actually pretty good at pulling himself up on things now.

Cue Sunday DIY on putting the cot down to the lowest level.

Now he can do this without worry. (Well apart from he can fall and bang his head - ahh) 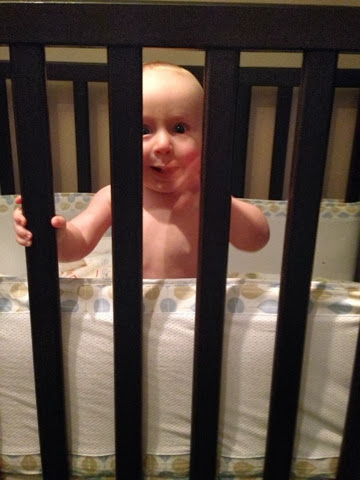 Kneeling, he loves to kneel. 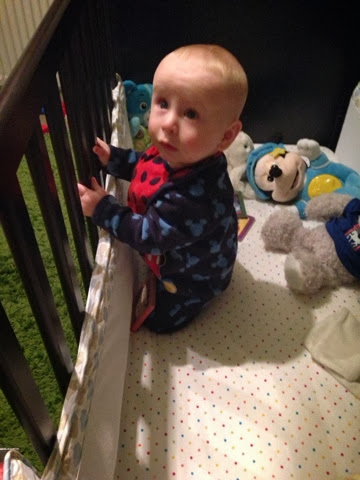 LJ has had lots of new skills lately. He's hilarious because he tries so hard. Like pronouncing new words... 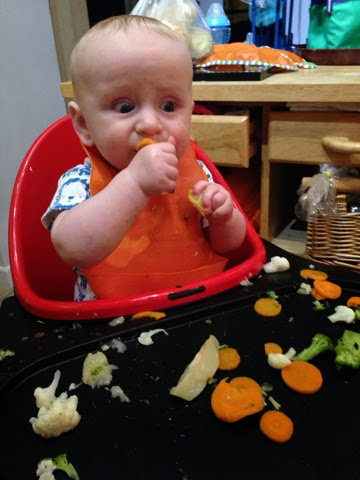 He's been climbing all over me this week! It exhausts me! He's a workout on his own.

So I've been trying to tire him out. Like going for walks in the fresh (very windy) coast walk in Woodbridge with some friends.

He was cosy like a caterpillar in a cacoon in his pram and fell asleep as soon as we started walking. I can't fault his sleeping in the daytime. 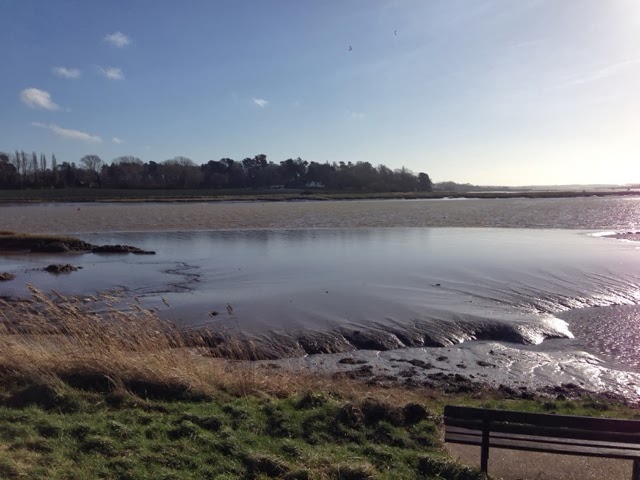 Today we did swimming, a baby group and he took an hour to feed himself completely finger food dinner and I put him to bed closer to 7o'clock so fingers crossed!!

So last weekend we took him to the playground for the second time but the first time he can really have fun there.

Adorable! Notice I'm actually using my proper camera for once! 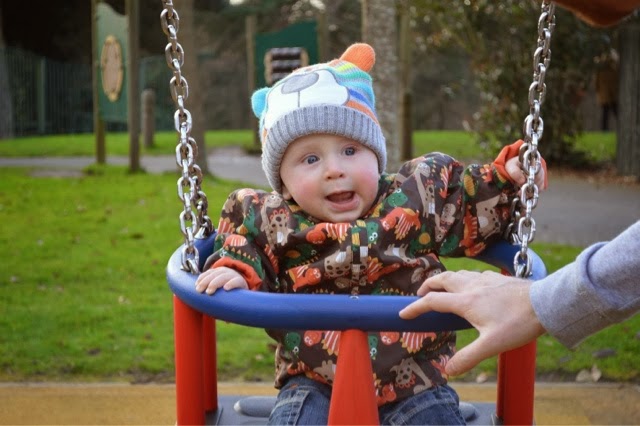 We also went to a first birthday party and LJ had a blast, even if all the babies were crawling or walking around him and I could see he wanted to get involved. They played pass the parcel and had party food and it was lots of fun! It made me realise it'll be his first birthday before I know it!

Ali came to the party with us as it was families invited as well as babies. It was great to spend a day out all together with the party and the park. 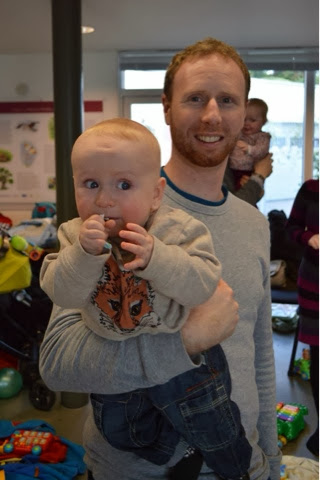 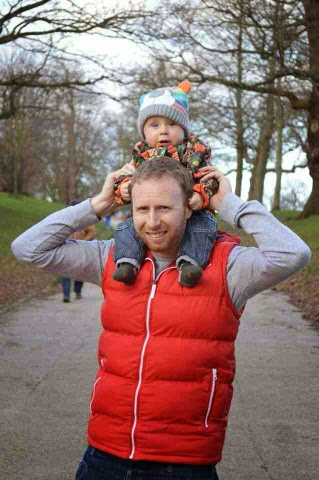 LJ also had another sensory room date with some other baby girlfriends of his. He can't get enough of that bubble tube. 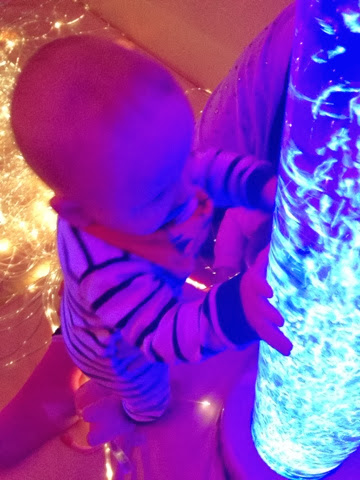