Remember how I said more on the lego later?

It started with one mystery £2 pack from the Supermarket. Ali said he could guess which one was in the pack by feeling it. He was correct! We got a Yeti. It was fun. We continued our food shop.

The following week, we said, why not try again?

As well as being a fun element to our food shop each week, we decided we would start collecting them ready for LJ when he's old enough not to consume lego pieces.

Plus Ali & I have always been lego fans and it's quite fun to get new toys.

My favourite is Miss Robot. 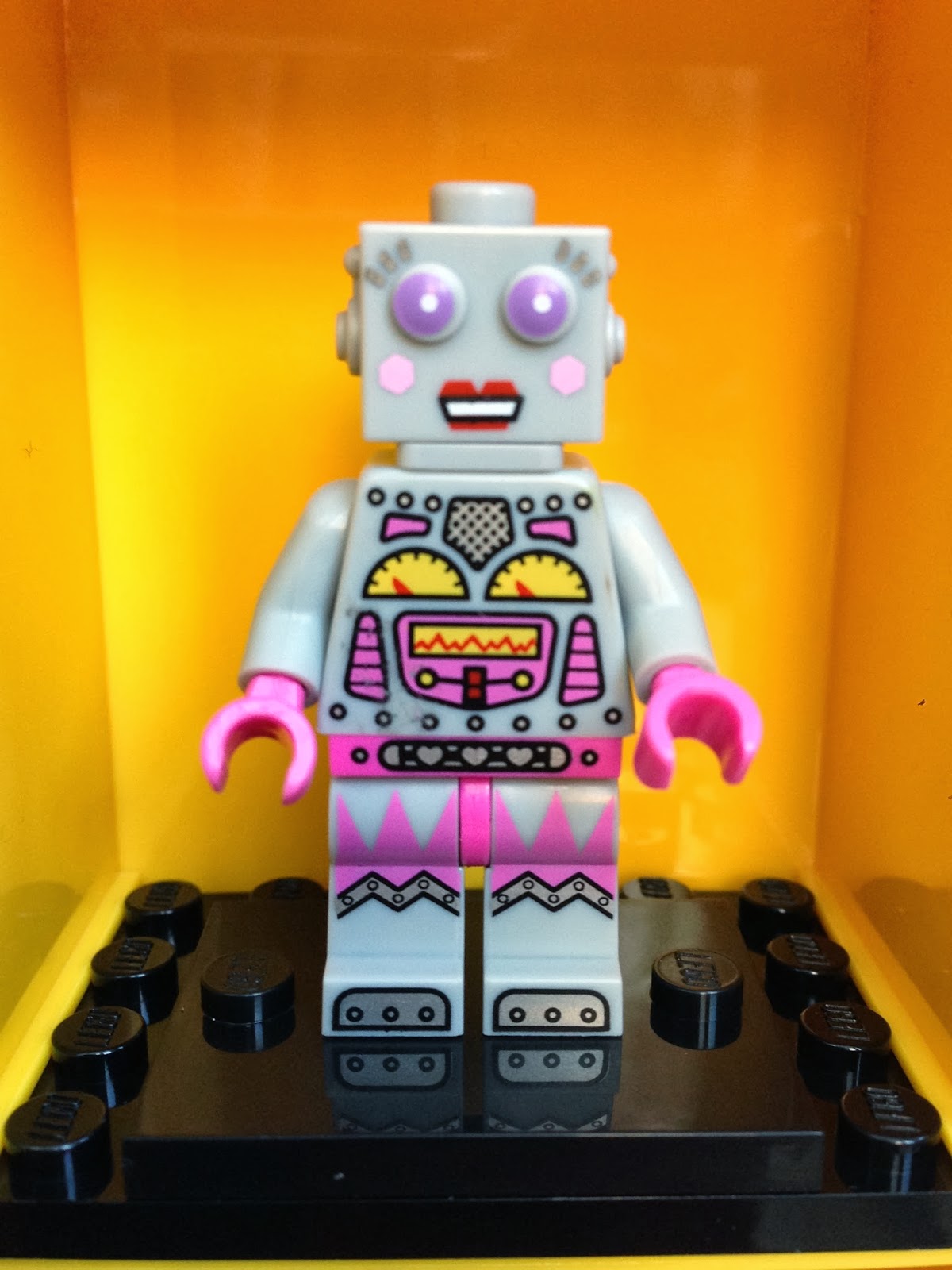 We got her last week, the odds are forever in our favour it seems! I got Ali 3 packets for his Christmas stocking and he got 3 he didn't already have! pow.

Ali's favourite is the scarecrow. 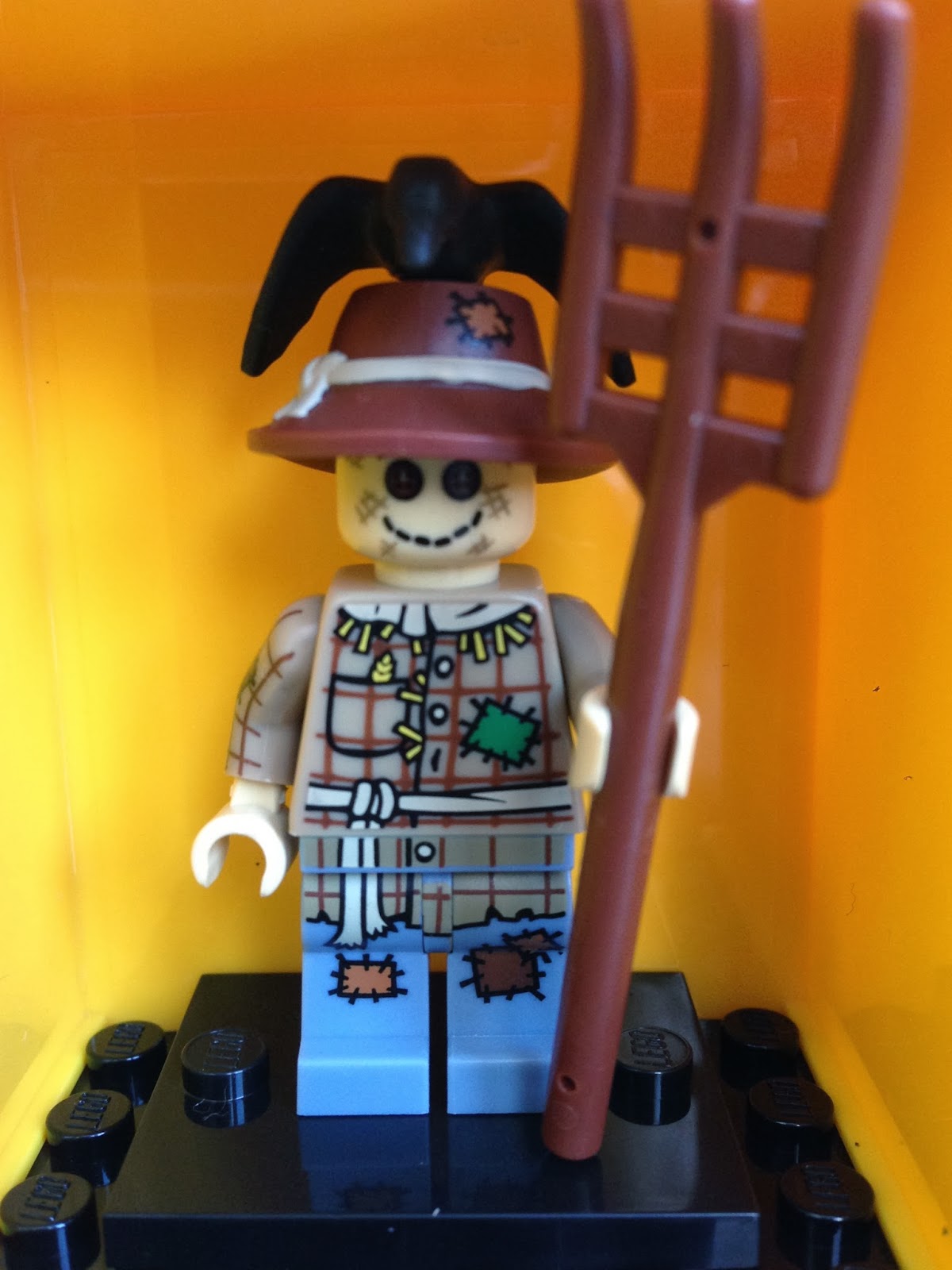 We only need 3 more to complete this current series. Do you collect? Wanna do swaps? (We can do it out on the pavement like old school pokemon card trading)

So one of my best finds for Ali's christmas this year was a 16 lego man storage case that you can stack further ones on top of. Perfect? He loved it. Very happy boy on Christmas morning. We had a couple of extra lego men, so it's full at the moment.

I got it from John Lewis for £19.99, it comes in different colours but you don't know which one your going to get when you order! (I had hoped for yellow - so I was happy) 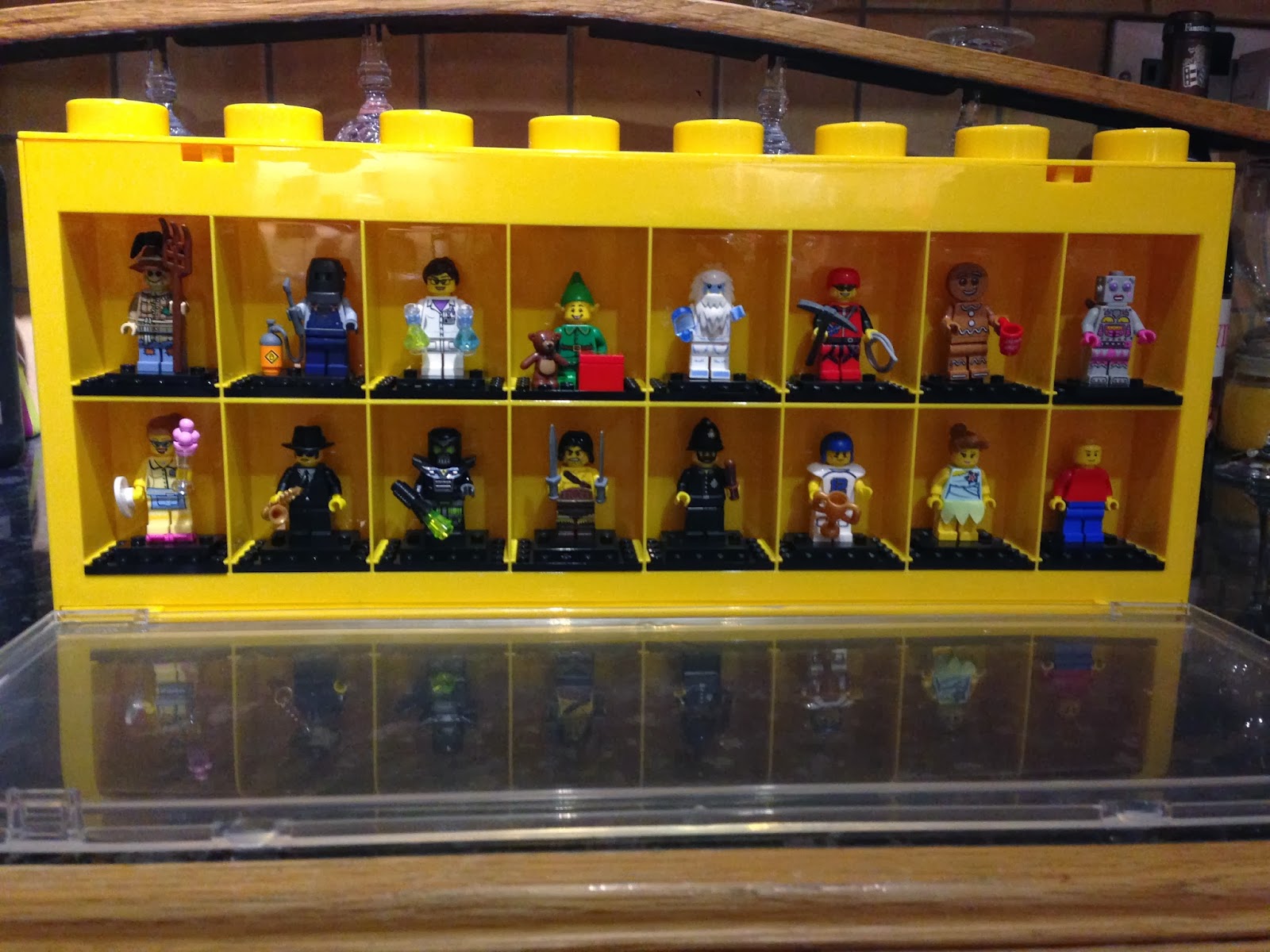 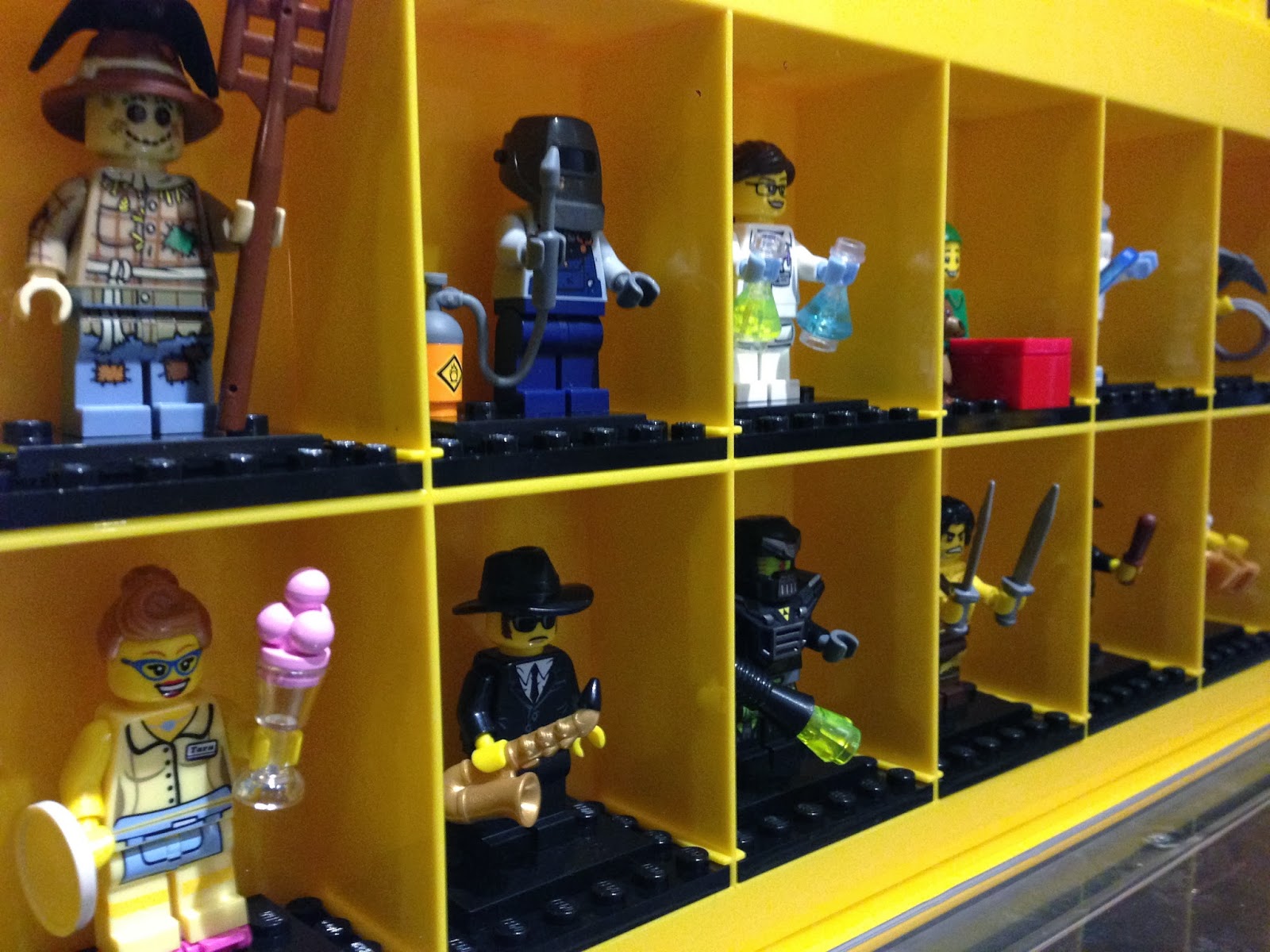 The next series is due out end of January/February and it's characters from the new Lego Movie. We're already excited (and yes we don't care how sad that is). You can check out the new ones here.

So anyway, I said to Ali, so if we ever have a girl, can I collect Barbie dolls ready for her?

I will properly have a girl running around with a superman cap and a nerf gun.


i'm okay with this. i'll just play with my barbies by myself. 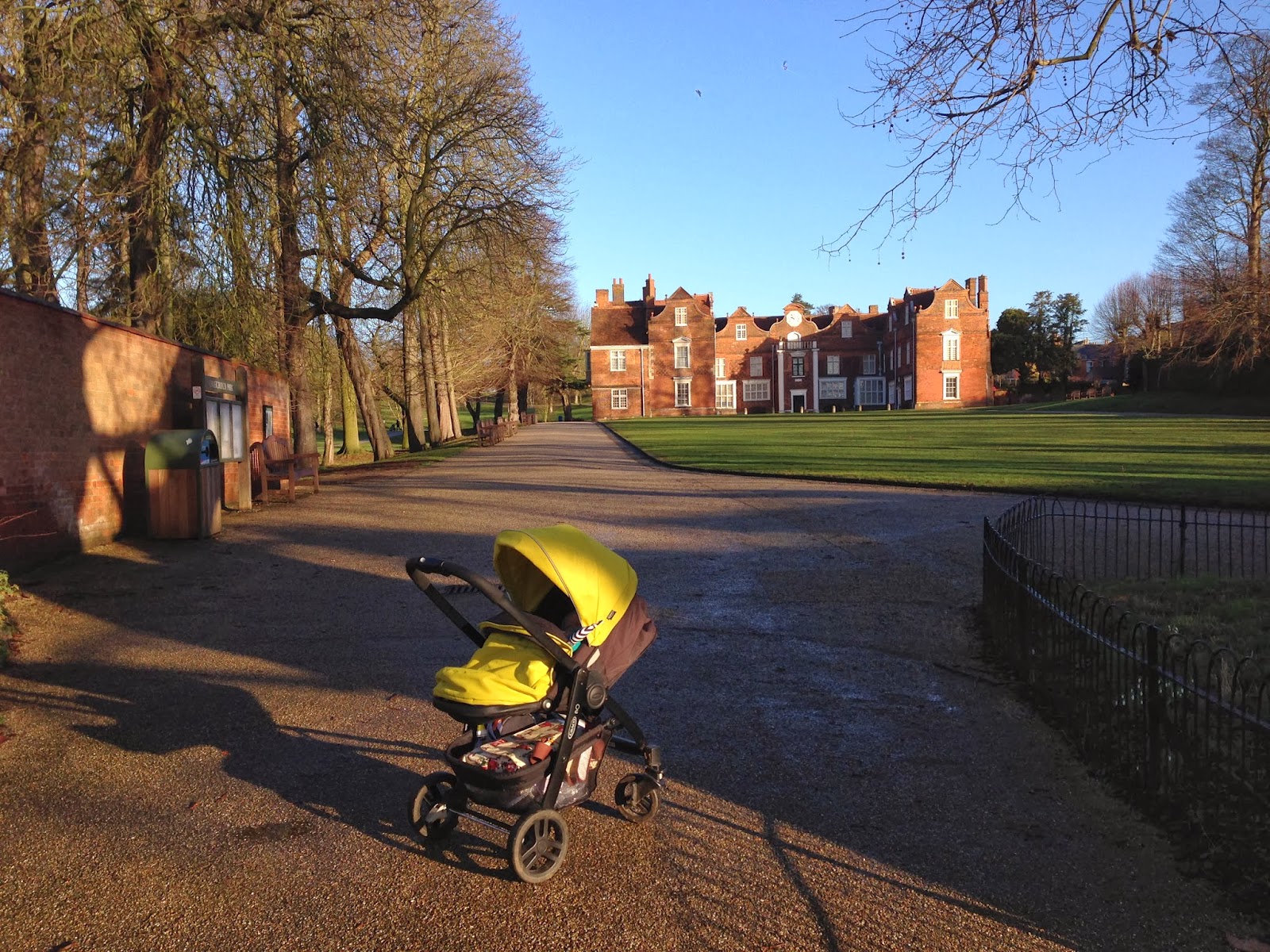 I've been doing this since LJ was 8 weeks old and it's one of the best things I did after giving birth. I do it through the Fitness Unit and we have a great trainer, Jo, who knows all things post natal exercise. I originally heard about Buggy Workout when a friend linked me the page about a week after I'd had LJ. Now the thought of doing exercise at that time was ridiculous to me and I ignored the link. The pain I was in made me think i'd never be able to do much of anything again, let alone run.

Then about 7 weeks after, my cousin told me she'd just started doing it at Kesgrave and that she had enjoyed her first week. I thought maybe I need to get on this buggy workout thing and get out and about. I contacted the Fitness Unit website  and signed up to my free trial week.

So here we are, 22 weeks later and i've seen 3 seasons of buggy workout in the park now. It's great to get out and do exercise and chat babies and meet new people. I've done it in the heatwave, the rain and the wind and the bitter cold. It's challenging but worth it, you do feel better for it after. The best bit is all the exercises are targeted at new mums and it's all safe and if you feel you can't do something, you don't have too. It's all at your pace, while being encouraged by Jo and the other mums.

So LJ and I went out on this lovely day and enjoyed a good session and met a new mum on her trial week. Once you were warmed up and the sun was shining, it was hard to remember it was January!

Once home, I had a quick shower and fed LJ and myself. We had a Costa date with my friend Sophie to catch up on the gossip! LJ loves Costa, the noises and the people. He is a people watcher in the making! We sat him in a high chair and gave him a carrot puff and before long he was flirting smiles with another baby next to us and destroying the puff. 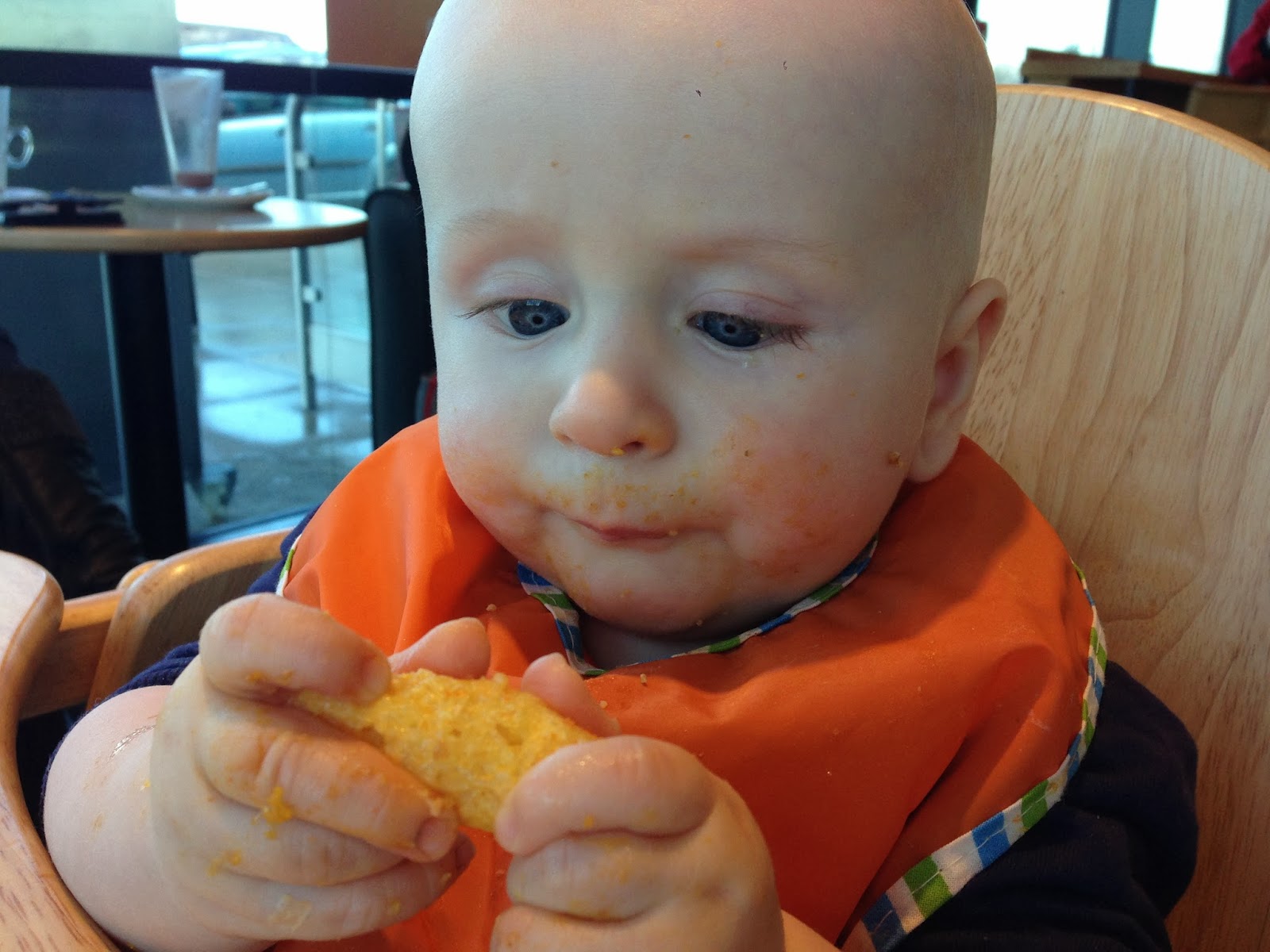 I enjoyed my favourite drink of a caramel hot chocolate (just as well I did buggy workout this morning!) and I had a good catch up with Soph. 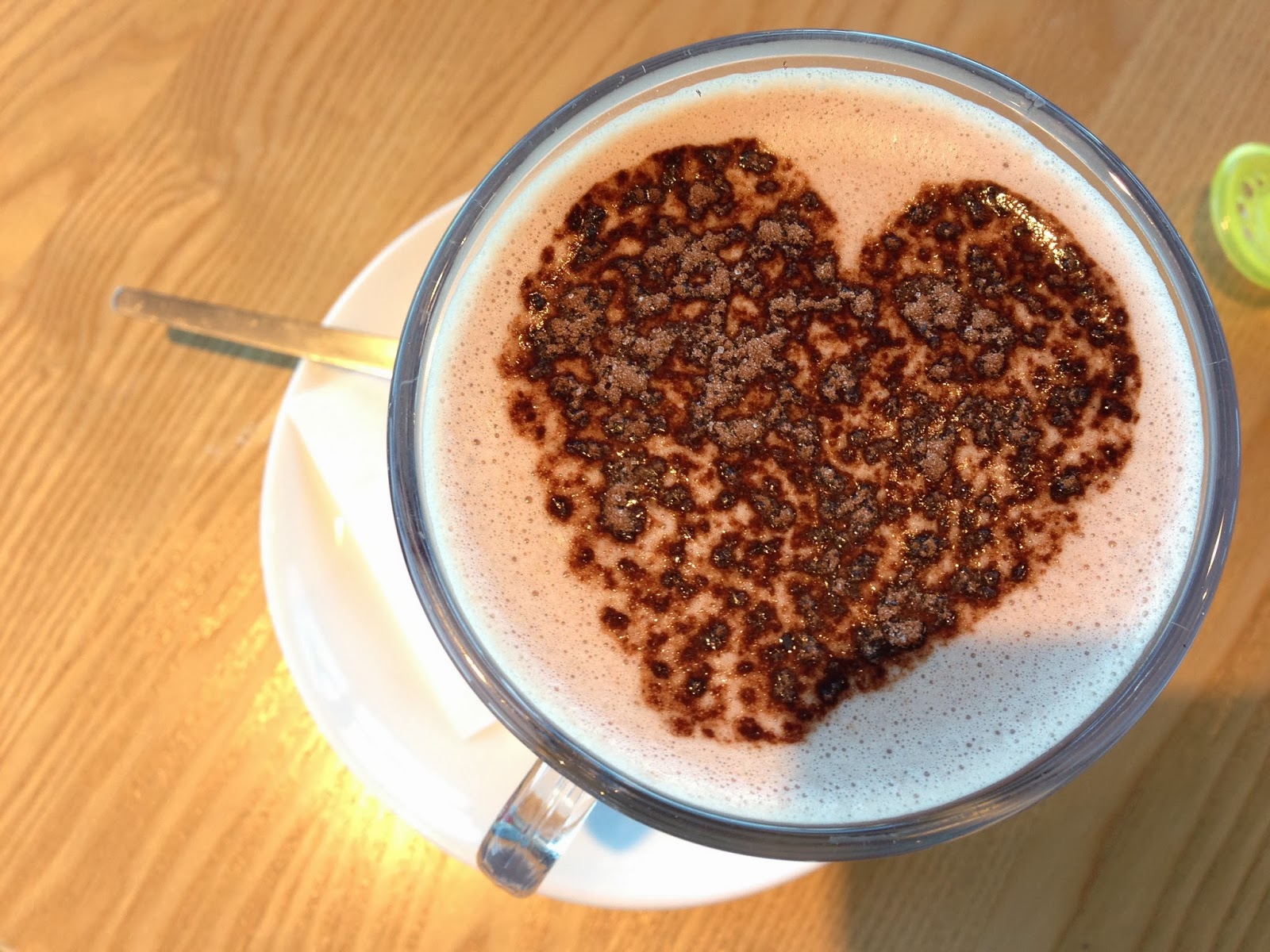 Once home, the battle of the nap started. I admit it was partly my fault, it was later than he normally naps. I finally got him asleep in his cot and he looked out for the count... 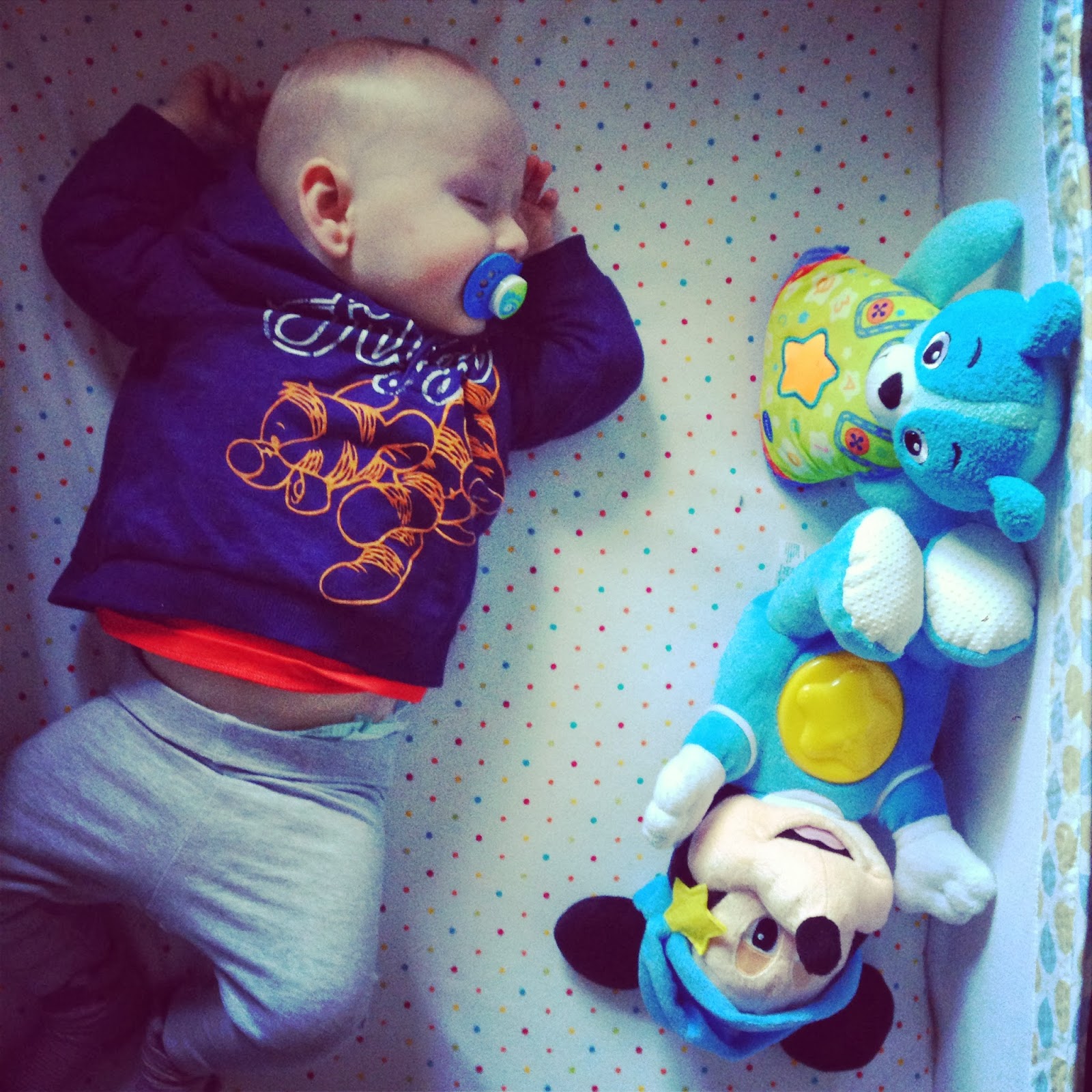 So cute when they sleep.

Cue grumpy baby that wants to sleep but would rather cry about not sleeping.

So we tried the carseat and blanket over and I got him off again.

Then I tripped over a toy that proceeded to sing out 'ALL ABOARD THE ANIMAL TRAIN' at top volume.

I did however enjoy these cutie baby feet for 5 minutes... 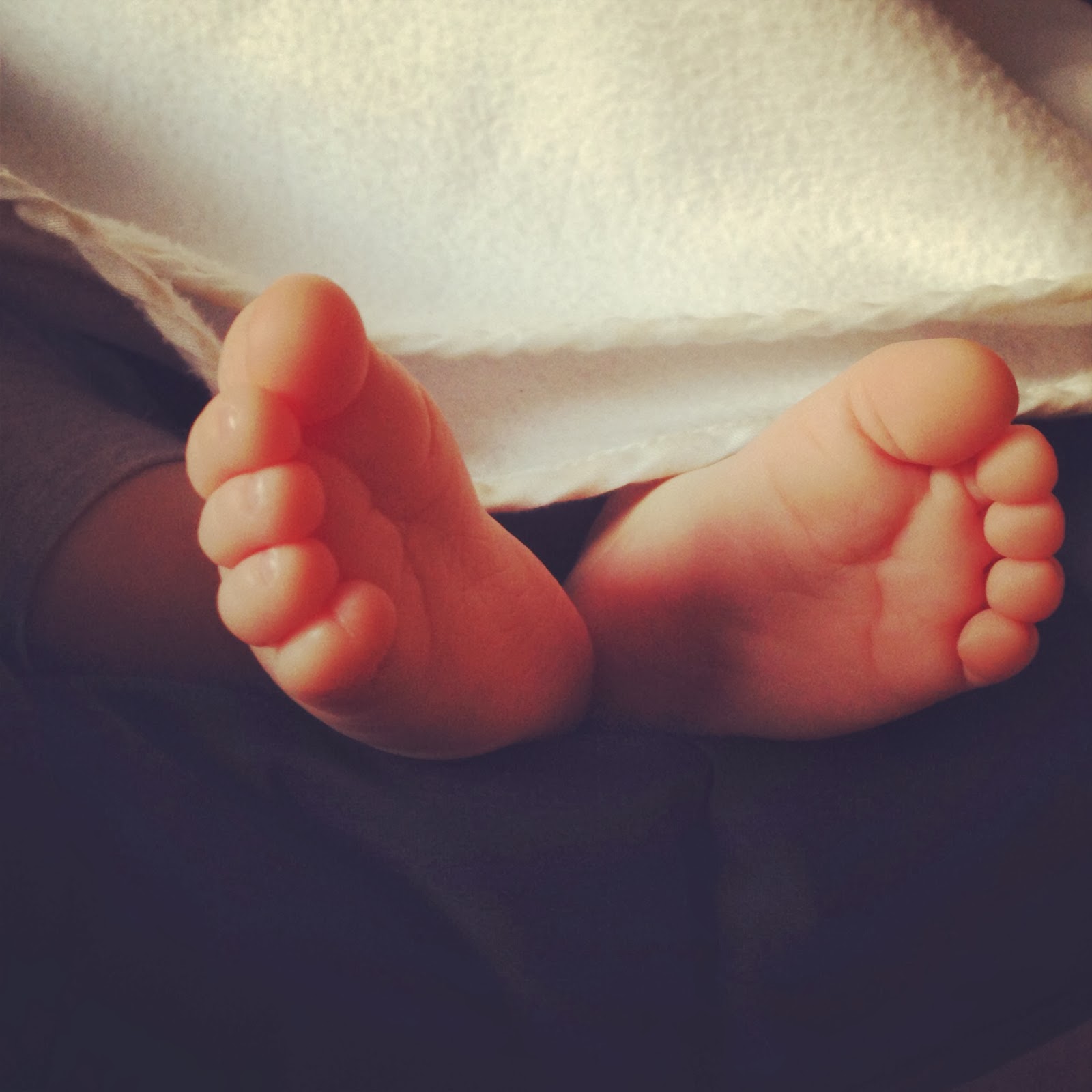 LJ never keeps socks on. Baby born in a heatwave does not enjoy things on his feet.

Anyway, Grandad came to the rescue, he had an errand to run and took LJ out in the car with him. Where he slept for about 15 minutes.

It was enough to keep him happy until dinner time and eventually bed time.

Here's one of my little videos for the day. The boy is really learning to chew.