I taught him kisses earlier in the week and then he thought he'd kiss the mirror baby! Cuteness overload.


My boy continues to amaze me everyday with what he learns and can do! This week he's working on holding on to furniture! I can tell he's going to be like his mummy... shiny Apple things motivate him... 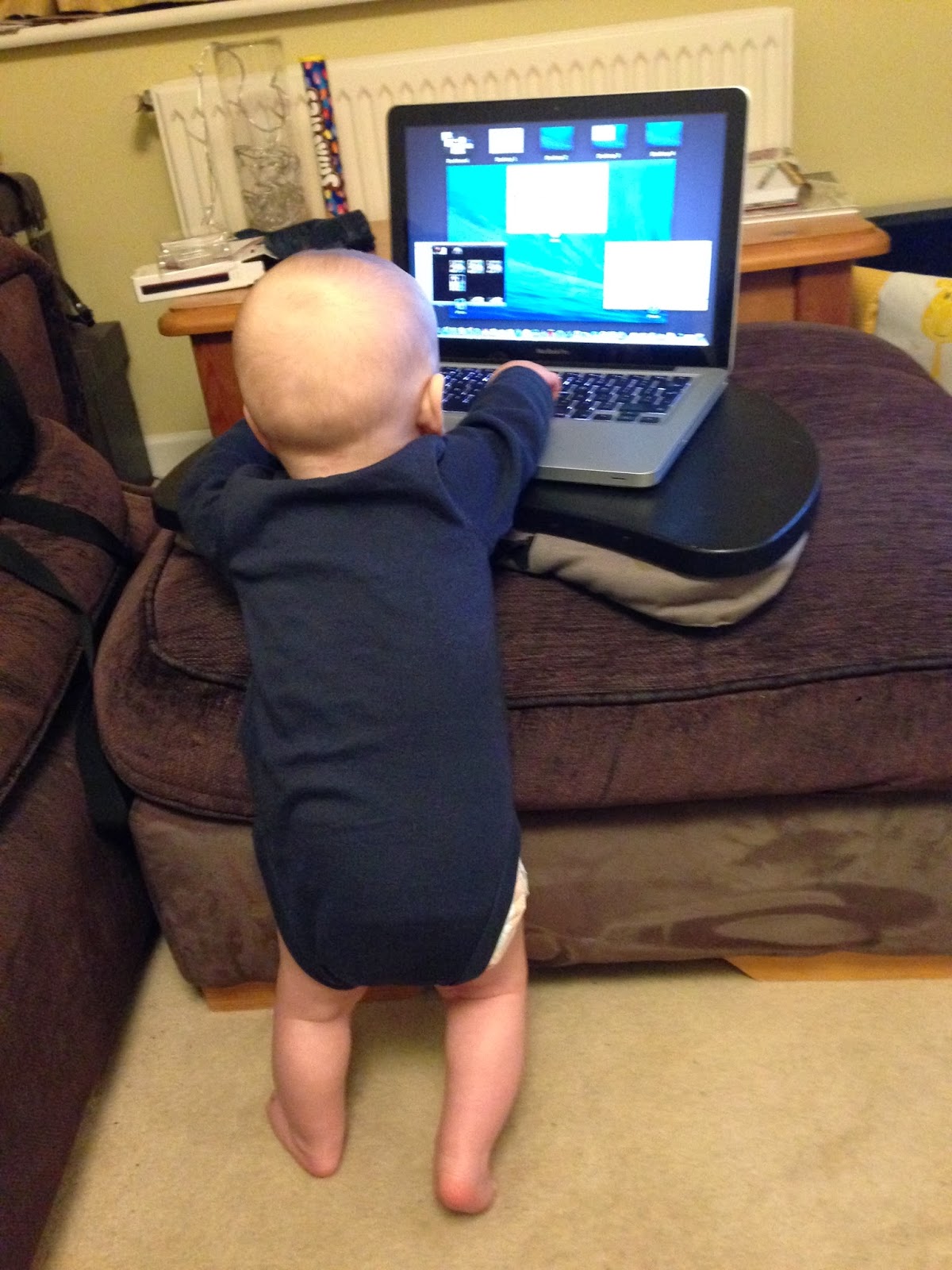 He still looks so tiny! He's putting on more weight now he's on solids and eating everything in sight! We've had a couple of meltdowns when the food is finished! He also loves to pick up food from his highchair and is doing great with his finger foods. 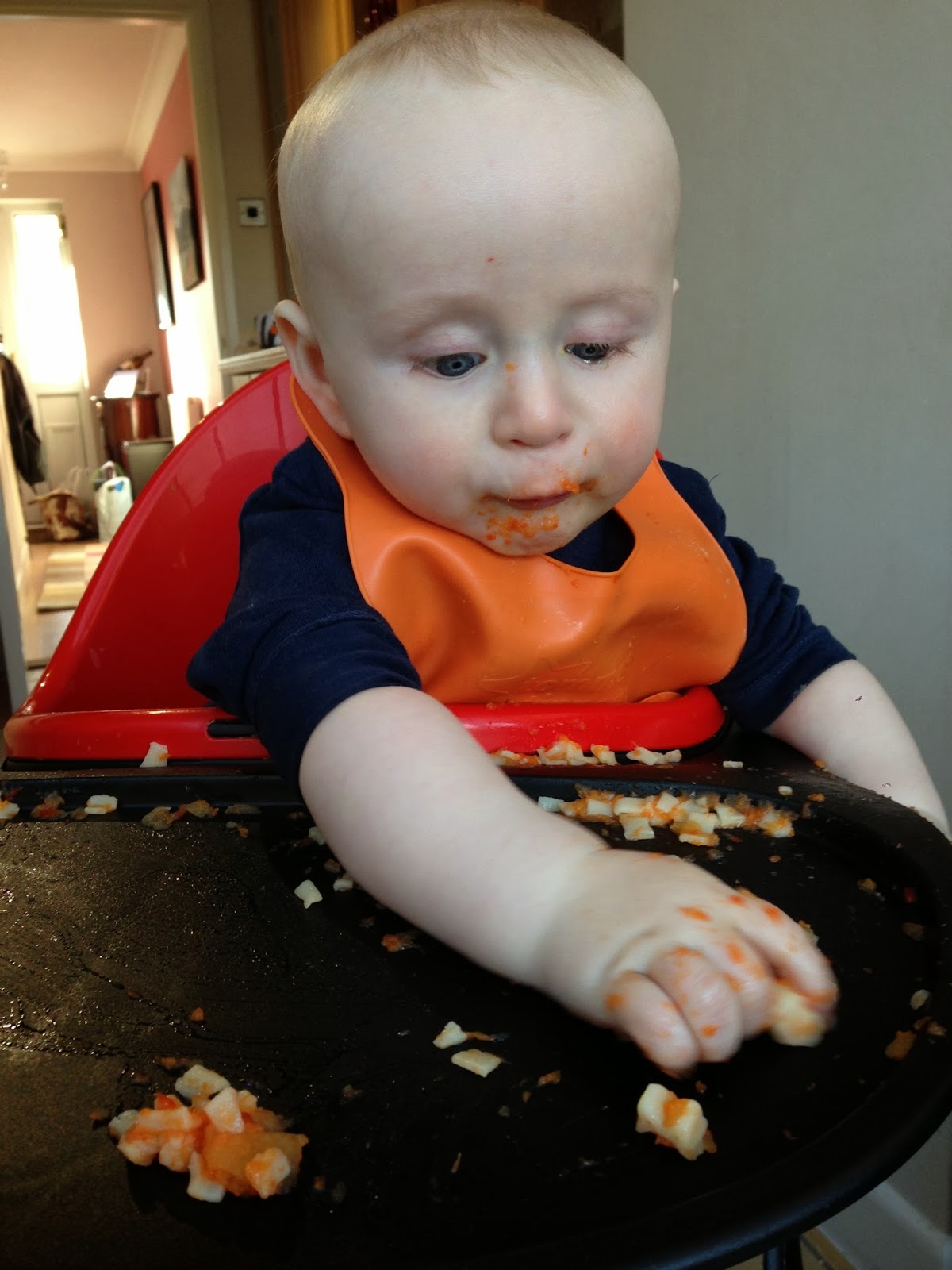 We also had a major milestone on Tuesday! LJ slept through the night FOR THE FIRST TIME. 29 weeks old and we woke up in the morning and had to double check with each other that neither of us went through to him in the night. It has been a long 29 weeks! We kept wondering what we could do to make it better. It went downhill when he started to move about more in the cot, he used to travel all the way up to the top and bump his head and wake. I used to pull him down and reset him when we went to bed in the hope I would delay it a few hours!

Then he learned to roll over from back to front at 18 weeks and the head banging started to get worse, I used to have to put him to bed in the bottom left corner as he could only roll to his left. Then he was poorly 3 times in a row in 6 weeks and his sleeping routine went out the window and it was kind of our fault because we brought him back in with us a lot. We were working hard on solving that one and then it was Christmas and routine went out the window again! Ah.

We are open to all ideas! We felt like we tried everything! We'd stand at 3am in a dark room whispering 'What else can we do?' We even tried a little bit of 'Controlled crying' for 3 nights. I swore I would never do that but I was desperate and willing to try anything. We were no good at it really, we barely got to 5 minutes before we'd go to check him and his sobs broke my heart.

Now i'm not saying this is what did it, but it's the only thing different for that night. He had chicken for the first time! Then he slept. the whole night.

He slept through again for my mum on his sleepover and then hasn't since. It was good while it lasted, right? (I've given him chicken again tonight, fingers crossed)

This week was extra fun for Ali and I as we FINALLY got to see Maroon 5 in concert. Ali bought these tickets back in September 2012 ready for me for Christmas. A month later we found out we were having a baby, due June 7th 2013. The tickets were for June 22nd. I was sad and we thought we'd just have to sell the tickets, Ali had someone lined up for them and he was just waiting for them to send the physical tickets when BAM! Maroon 5 cancelled their European tour and rescheduled for January 2014.

I think I was the only Maroon 5 fan HAPPY about this.

How lucky was that? 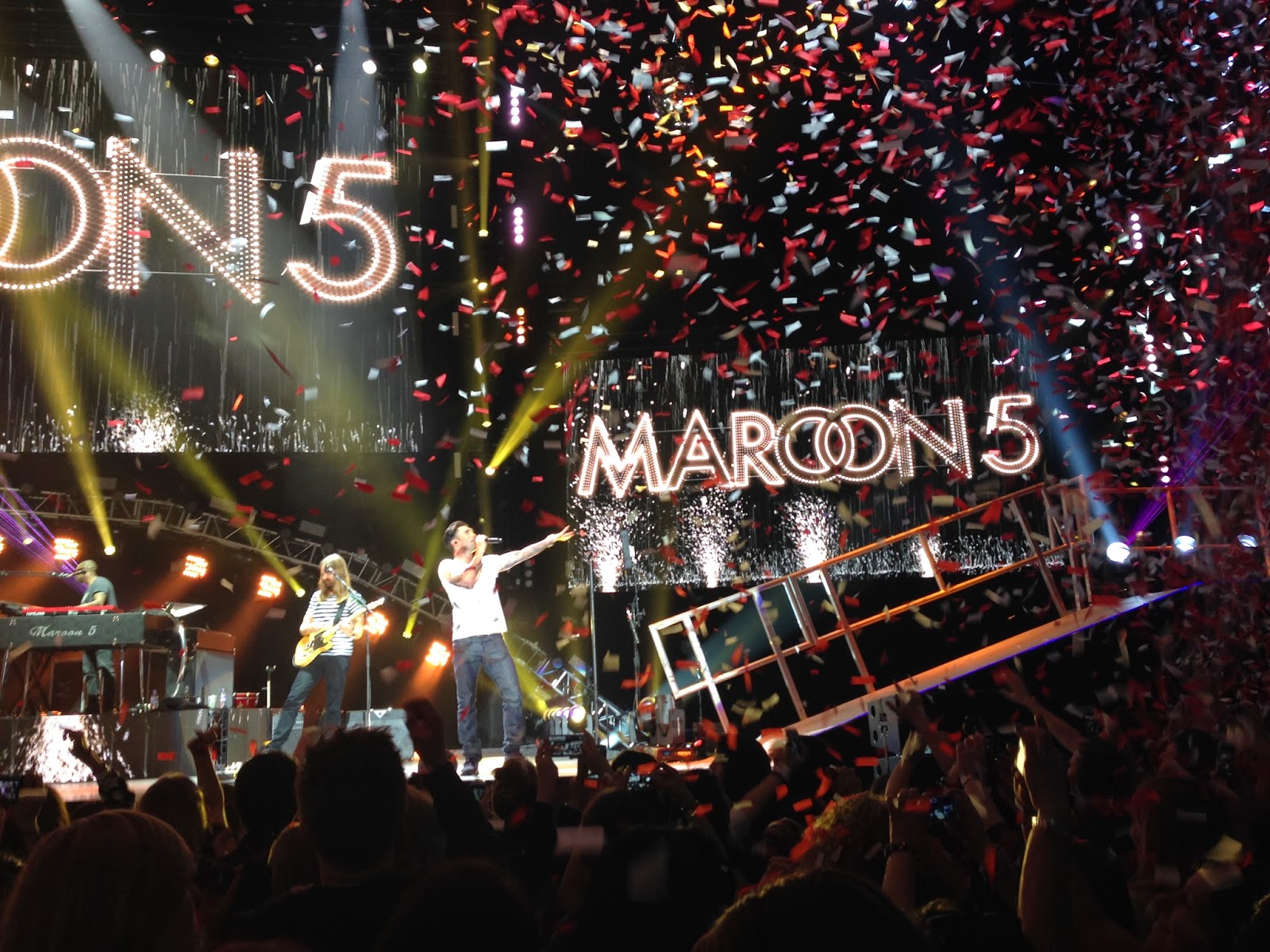 They were amazing. I saw them before in 2007 and I think they were even better this time round. I've been a fan since I was 14 and it made me so happy that they did a load of their original songs from their first album. Ali had a good time too, it was his first concert!

We decided we were getting too old to deal with standing tickets though. LOADS of people annoyed us, but lucky once Maroon 5 came on then we didn't notice them anymore and we had a good time.

An extra treat was when they sang 'Get Lucky' by Daft Punk. This was our song while I was in labour with LJ, we sang 'Up all night to get Logi' (after his birth, I was in no fit state to sing during labour itself and I don't think i'd have found it very funny either.)

LJ stayed with my mum in the day and overnight, it's the longest i've ever left him, a whole 24 hours. I knew he was in safe hands and it was nice to hang out just Ali and I for the whole day. 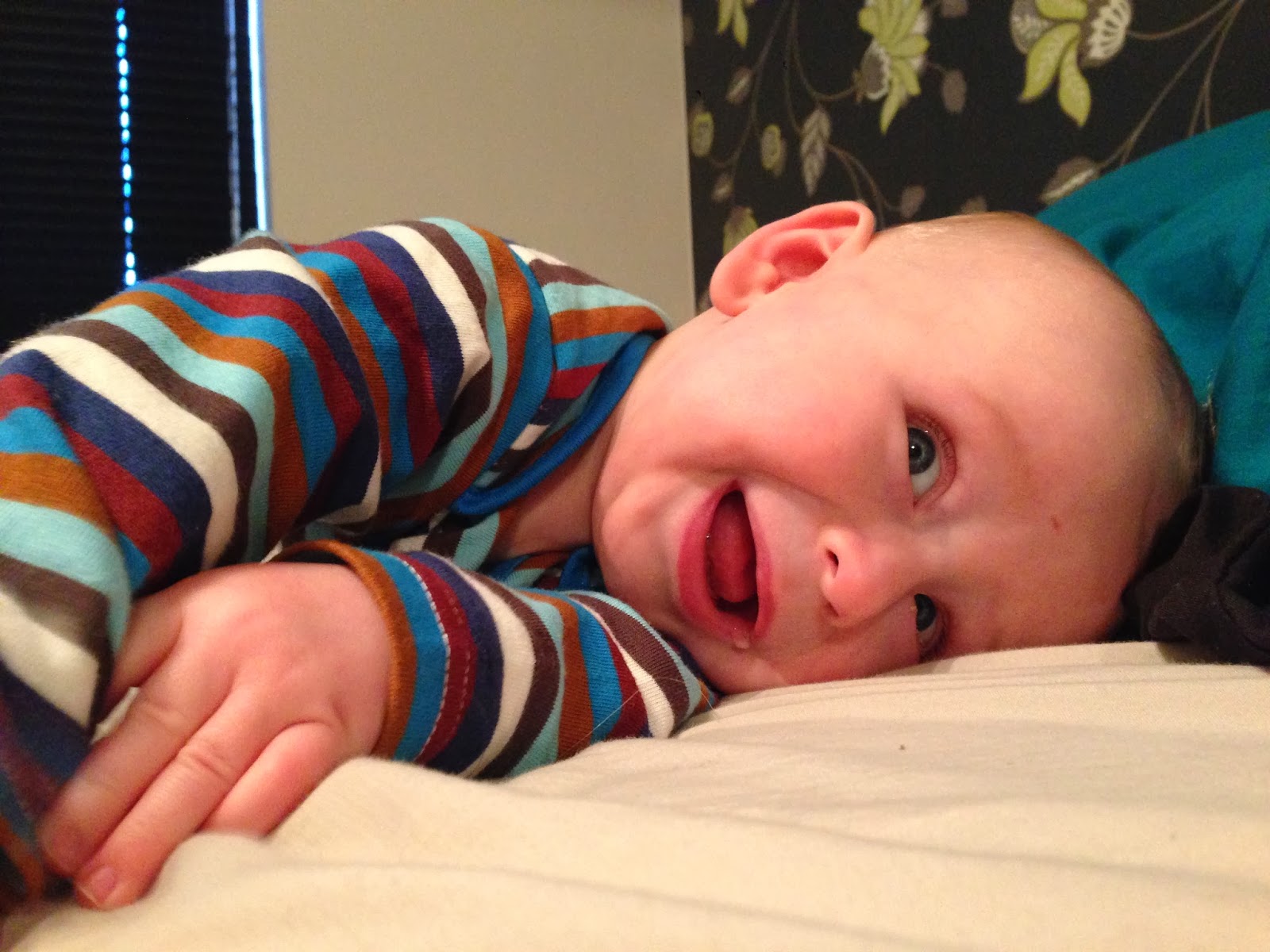 The above picture makes me laugh, he's turned in to a little monkey in the mornings after he has his milk in my bed. He climbs all over me and loves to shuffle me to the side of the bed so he has all the space to move around!

We've had quite a busy weekend, I sent Ali off to Daddy's club at one of our local children's centres to have some one on one time with LJ and to meet other daddy friends. I've been very lucky and met lots of lovely new mummy friends through various groups, so I think it's great that they have started a Daddy's club! I also enjoyed the 2 hour 'me' time in the morning! It's nice to sit down for a bit and not have anything to do! Although I did put away a load of washing! I felt guilty for not doing anything with the time.

In the afternoon LJ and I hung out in the kitchen while Ali cleaned out the rabbits outside. They used to be indoor rabbits but when we moved, they had to move outside. They seem fine with it though. Bonsai is our black and white rabbit, he is very big and heavy! Twix is our little lionhead bunny, she's gorgeous and fluffy and light. We took a lot of time bonding them together before LJ was born so that they could live together. I'm so glad we did! I hate to admit it but when a baby comes along you just don't get to spend as much time with your animals as you did before. I'm sure once LJ is a bit bigger and the warmer months come along, we will be outside in the garden playing! 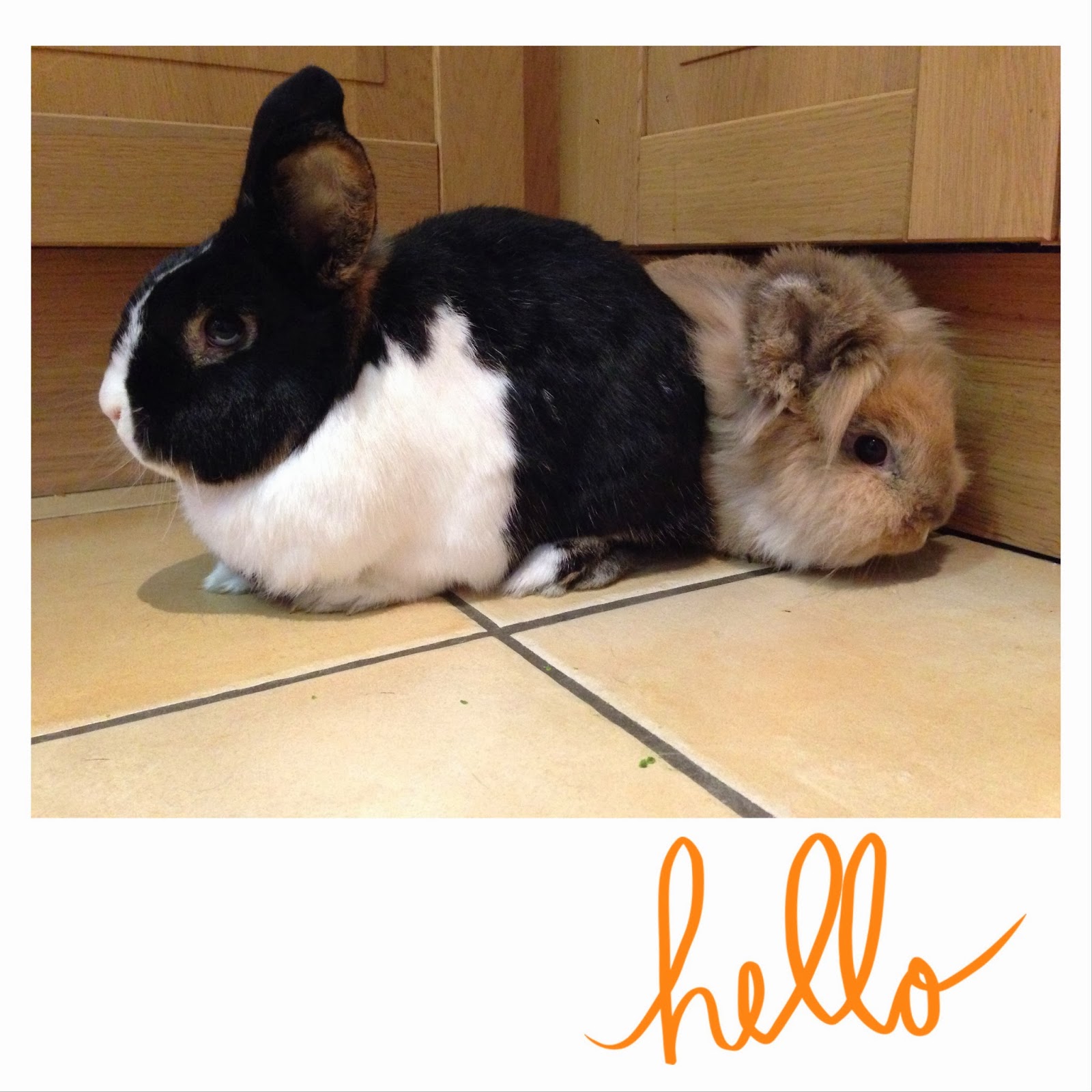 Our afternoon was spent with Ali's parents and playing with LJ. He loves a big zoo train that they have at their house, it's lovely to see him playing with his toys. We stopped off at the supermarket on the way there and we tried LJ in a trolley seat for the first time. He loved looking around and being pushed! However mummy felt her little baby growing up so quickly! 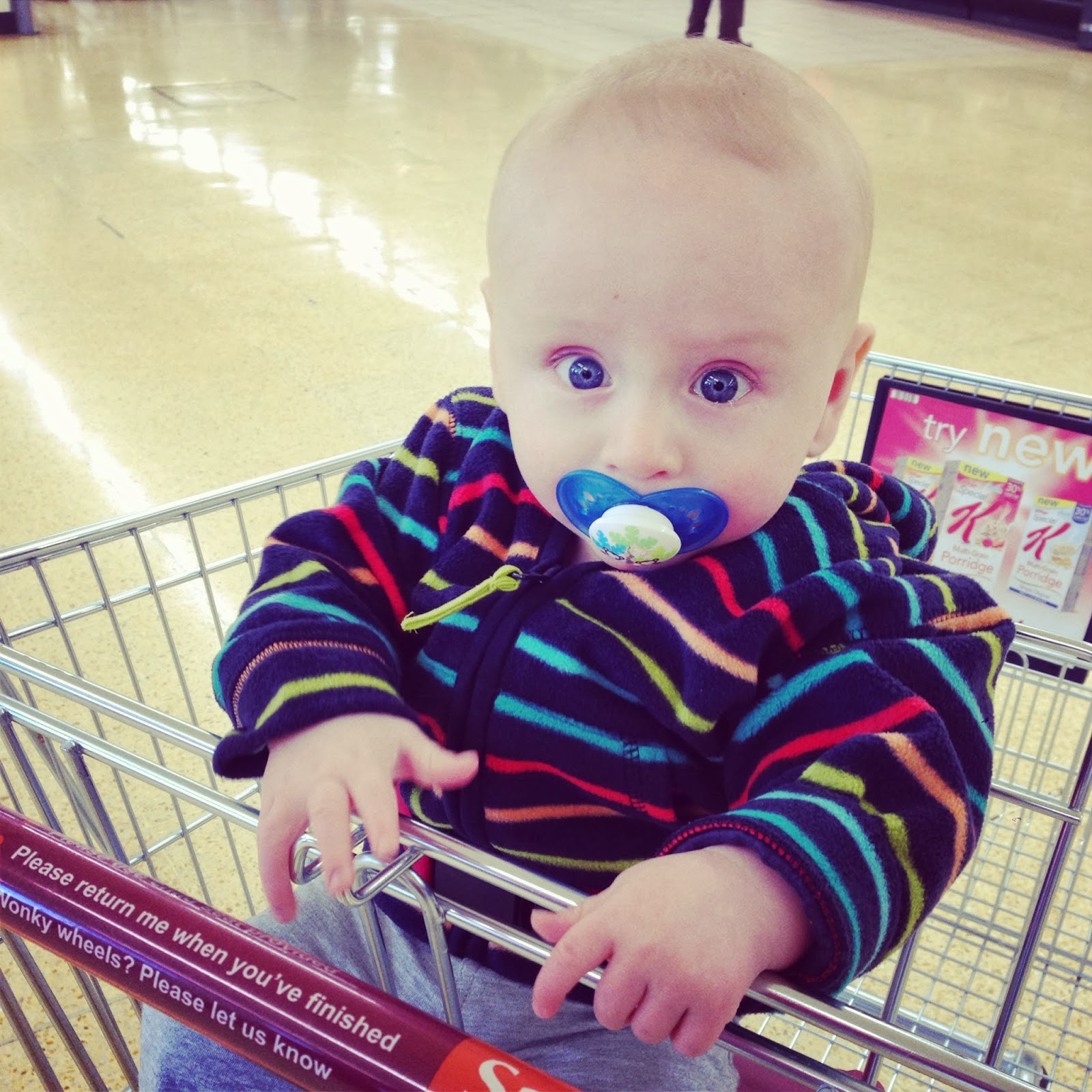 Sunday mornings is our family time in bed. We play with LJ and for the last few weeks have been taking a photo of him. I load it on Instagram and give it the hashtag #sundaymorningmadness its fun to see him grow since the first time we did it! It also helps us keep track on what week we are on! 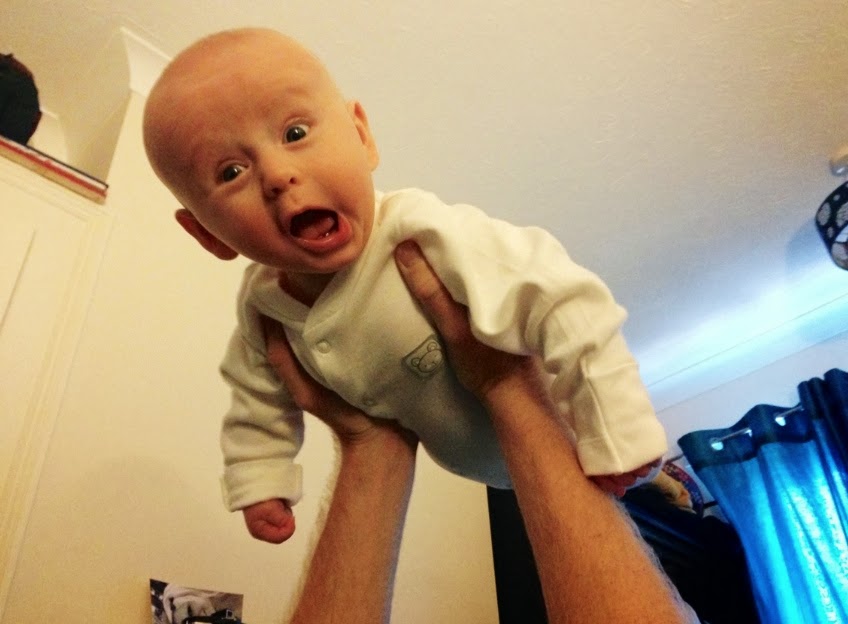 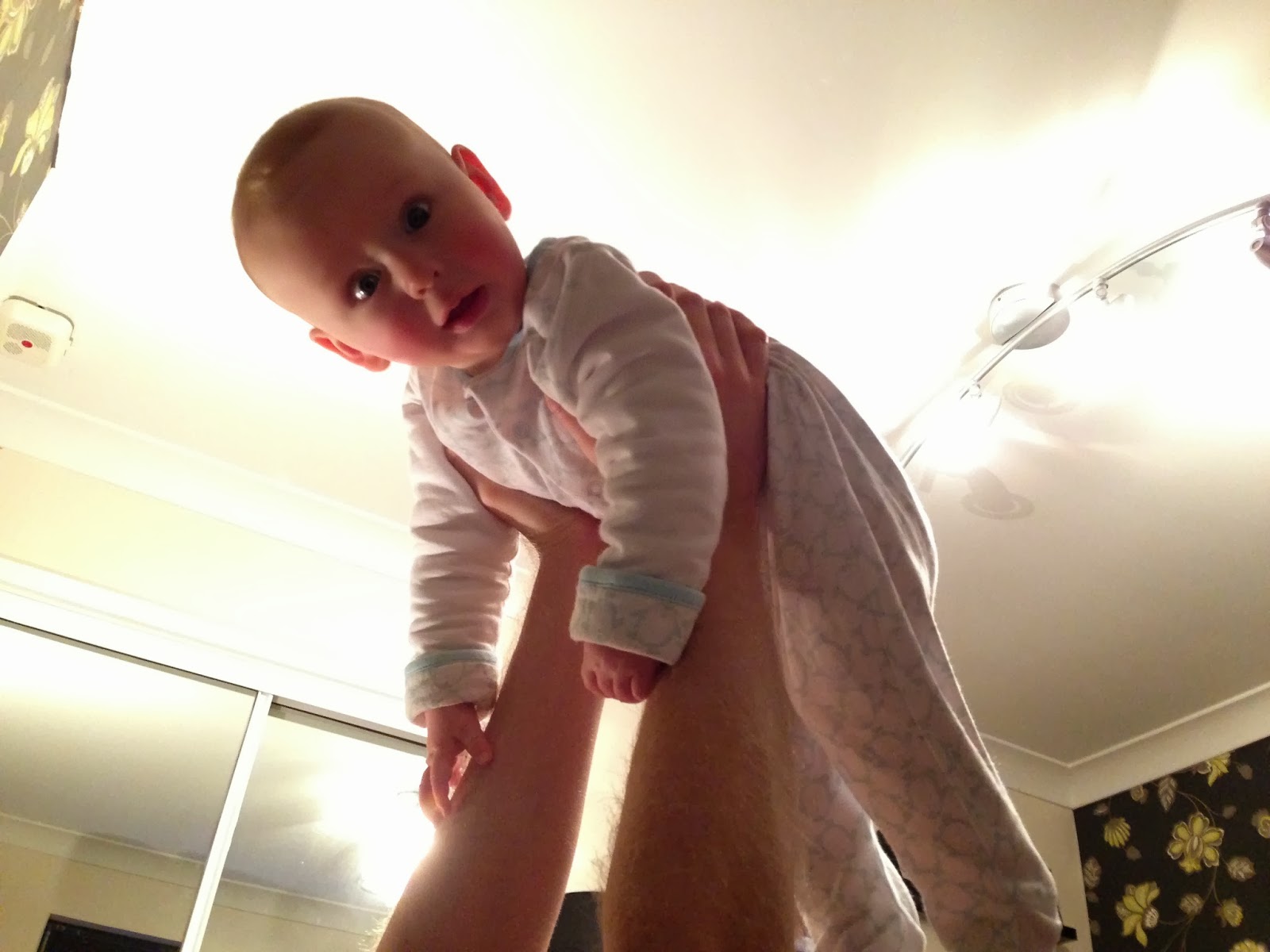 If you want to see the others then they are on my Instagram page. As you can see, he's more aware of the camera now! We don't get so many funny faces.

Today we stayed in our pjs all day! Well I had a shower after I finished some cleaning and then got back in my Pjs! Logan had a bath and got changed into some different PJs! We just played all day! We've been trying to play with him in his room so that he doesn't feel it's just where we take him to sleep. (Told you we try anything!)
He got a great big wagon of Duplo blocks for Christmas from his Great Nan and Grandad and I think Ali and I have more fun with them! It's the first step to Lego! (more on that later!) Here is my little video for the day!

Fingers crossed for a sleep through! Hope you've all had a good weekend. I'll leave you with one of our favourites. WHAT DOES THE FOX SAY?!

LJ finds this hilarious! Or maybe it's just us dancing that's hilarious?!

It inspired this purchase for us earlier this week. 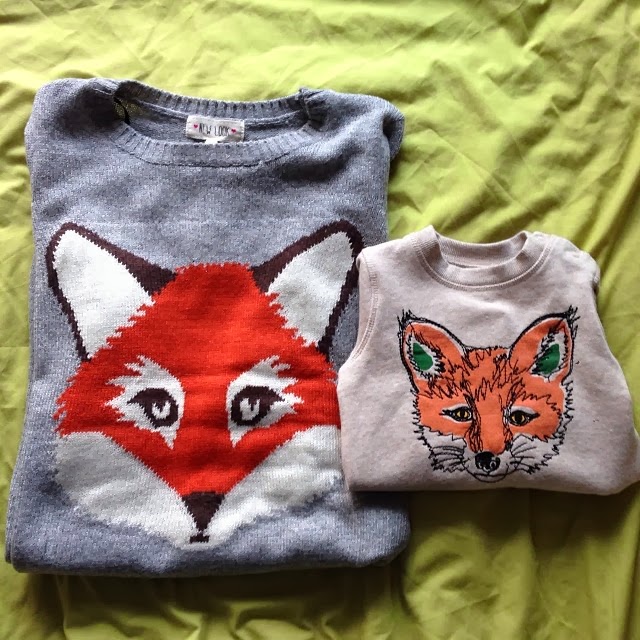