Wow it's been a busy weekend.

I really had planned to do lots of organisaton and post about some current projects.
Well, I didn't really get any of that done. So the projects will have to wait.

I almost can't remember how Friday went and it's only Sunday.

I set out with the thought that we'd spent friday just playing on the floor so that LJ could practice his crawling skills if he wanted. He didn't. He was a little grizzle monster that just wanted to be held. He cried loads when I left him to go to the toilet and therefore when my dad asked me why I was eating the Christmas Chocolates for Breakfast, I said it's what i've got nearby! Didn't want to risk a meltdown again. (plus I really love eating chocolate in the morning!)

The below bib and shoes set are from our friends from university that went and lived in Malaysia for a year after they got married in the Summer of 2012. I loved them! I love anything that's from overseas and different. I'd been meaning to send them a photo of LJ in them and I hadn't got round to it until now. He properly thought he was getting some kind of milk or food and looks very hopeful in the photo. LJ isn't great at keeping shoes on, so i'd say he got more out of these shoes by playing with them in his hands at the changing table. He rolls to the side and grabs a shoe and that keeps him occupied while I change his nappy or get him dressed. 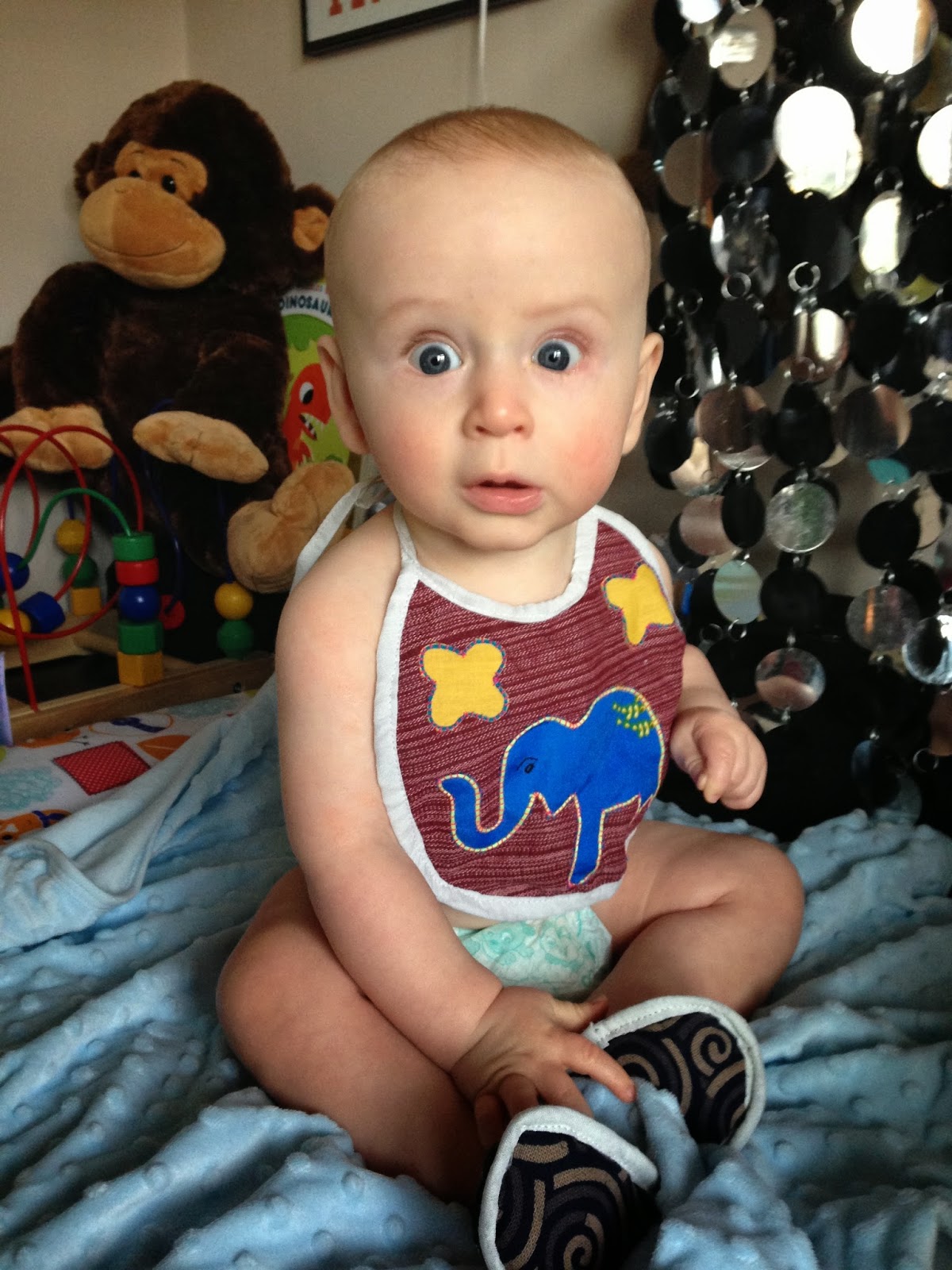 LJ is a real wiggler when having his nappy changed or getting dressed. He loves to try and roll over and make it as big of task as possible for me. When I was in B&M I saw the black and silver hanging chime for £5 and I thought this might be a good distraction! It worked a treat! He loves to hit his hands through it and sometimes just stare at it move afterwards. Sometimes I hide one of his cuddly toys in the middle of it and see if he notices. 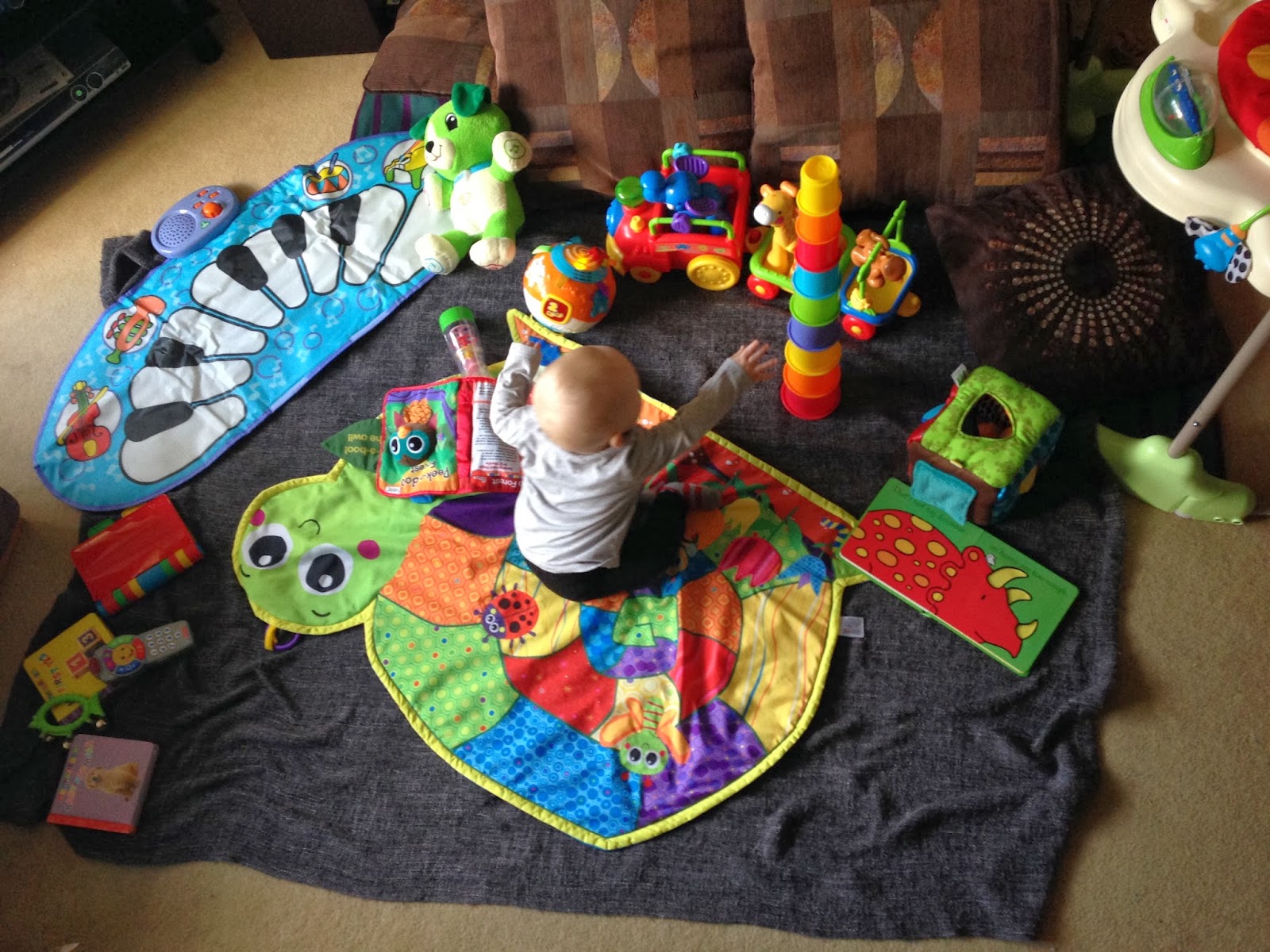 So I spread out some of his toys on the mat and thought he could just go wherever he fancied. We played for a bit but he was very grizzly. My dad was off to run some errands, so offered to take him out in the car with him. They were gone for about an hour and I took this time to finally ring and find a dentist to make an appointment with! My wisdom teeth have been coming through bit by bit for years now and the bottom one has finally made a big enough appearance for me to see it's come through at an angle and it's going to cause me problems. The first place I rang said no appointments until April! Luckily the next one had an appointment for next week. Taken! I'm not bothered by the dentist but I have a feeling he's going to tell me off for leaving it so long (another one of those To-Do's that hasn't happened).

So once LJ had returned, I felt happier for getting some jobs sorted in that time and he seemed happier to have been out of the house. I fed him lunch and put him down for his nap. HE SLEPT FOR 2 AND A HALF HOURS!!!!!

He woke only once after half an hour and I topped up his feed and put him back down. I was lost for what to do! (Should have done some of that organising!) However I got more things sorted! Confirmed LJ's bank account (again something I meant to do back in the Summer) and signed some things for work to send back. I then sorted out LJ's daycare schedule on my new calendar and ate lunch and wondered what to do with all this spare time.

If he napped like that everyday and I knew he would, I could get loads done! I have the fear that i'd start something and then he'd wake and it would just be left a mess. Also I quite enjoyed the rest (Who doesn't?)

Anyway, this was LJ when he woke up... 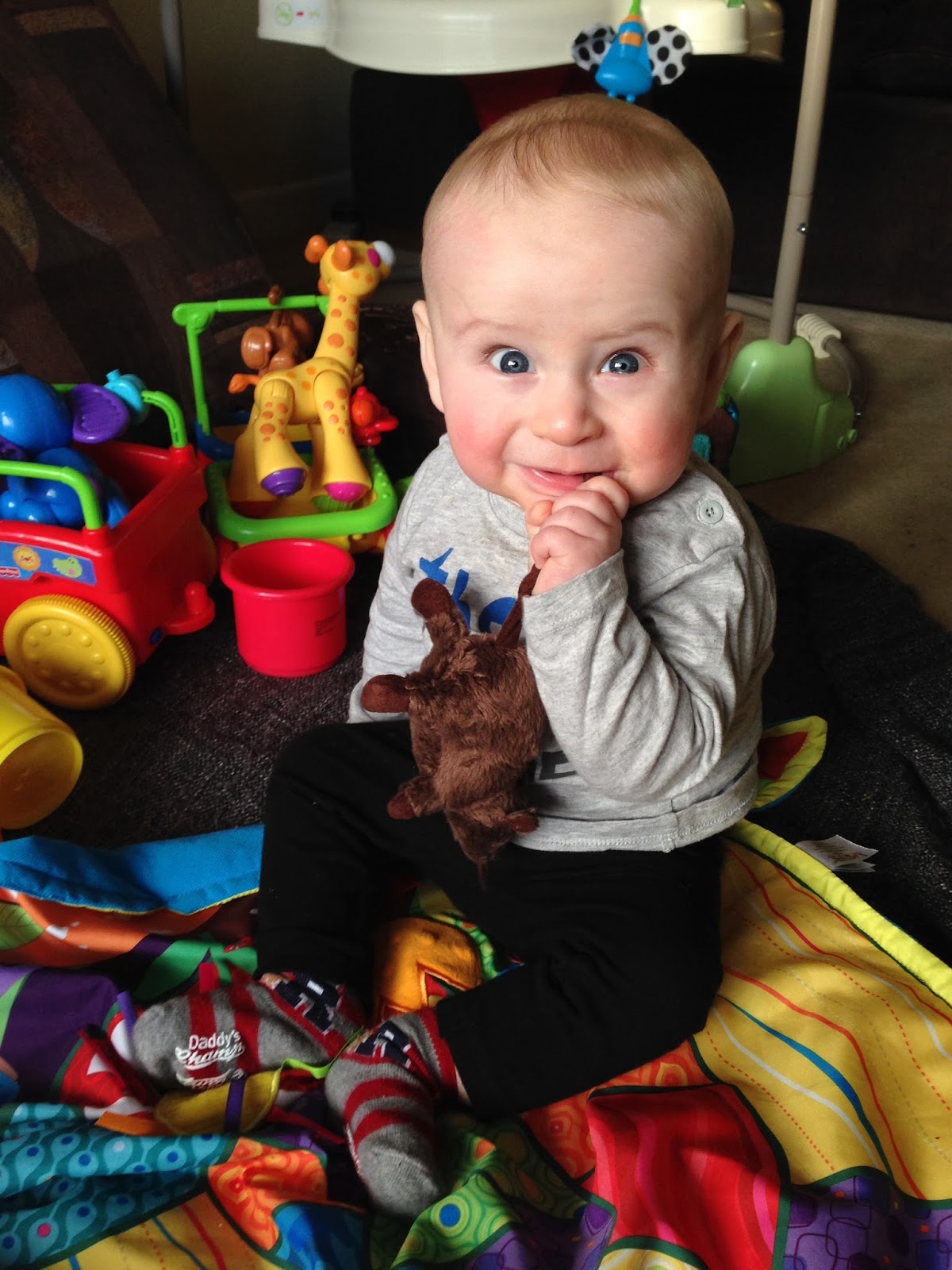 A lot happier.
Yes that is a toy mouse in his mouth. It's from IKEA and my dad got it for him last week. He loves it. However strange it looks. I think it's one of 3 blind mice.

So we had a good afternoon and then took a little walk down to Sainsburys for various things. LJ did well and got some new books! 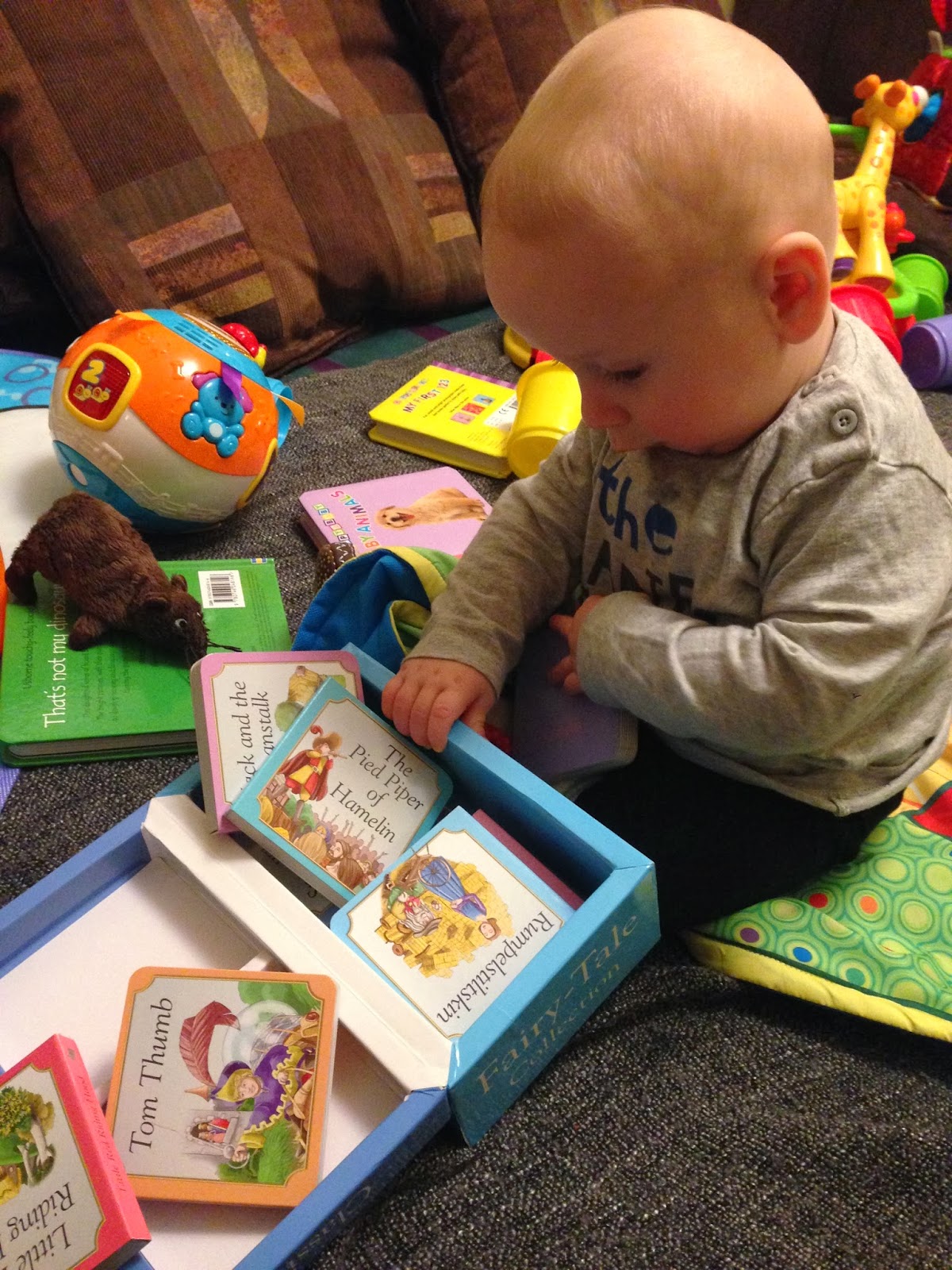 The first lot is a box of Fairy Tale hard books for £2.50 in the sale. He is fascinated with the box and taking the books in and out, it helps they are all bright colours and he loves boxes or bags at the moment. I've read the first 3 pages of each book to him, that's about his limit before he snatches it off me and sticks it in his mouth.

I may never know the end of Tom Thumb.

The second lot I got 3 books for £5 and my first choice was a book called 'Why I love my mummy' (So I can read it with LJ when I feel it's all too much, to remind me that even though he doesn't let me go pee, i'm sure he loves me for all the reasons in the book)

My favourite page is this... 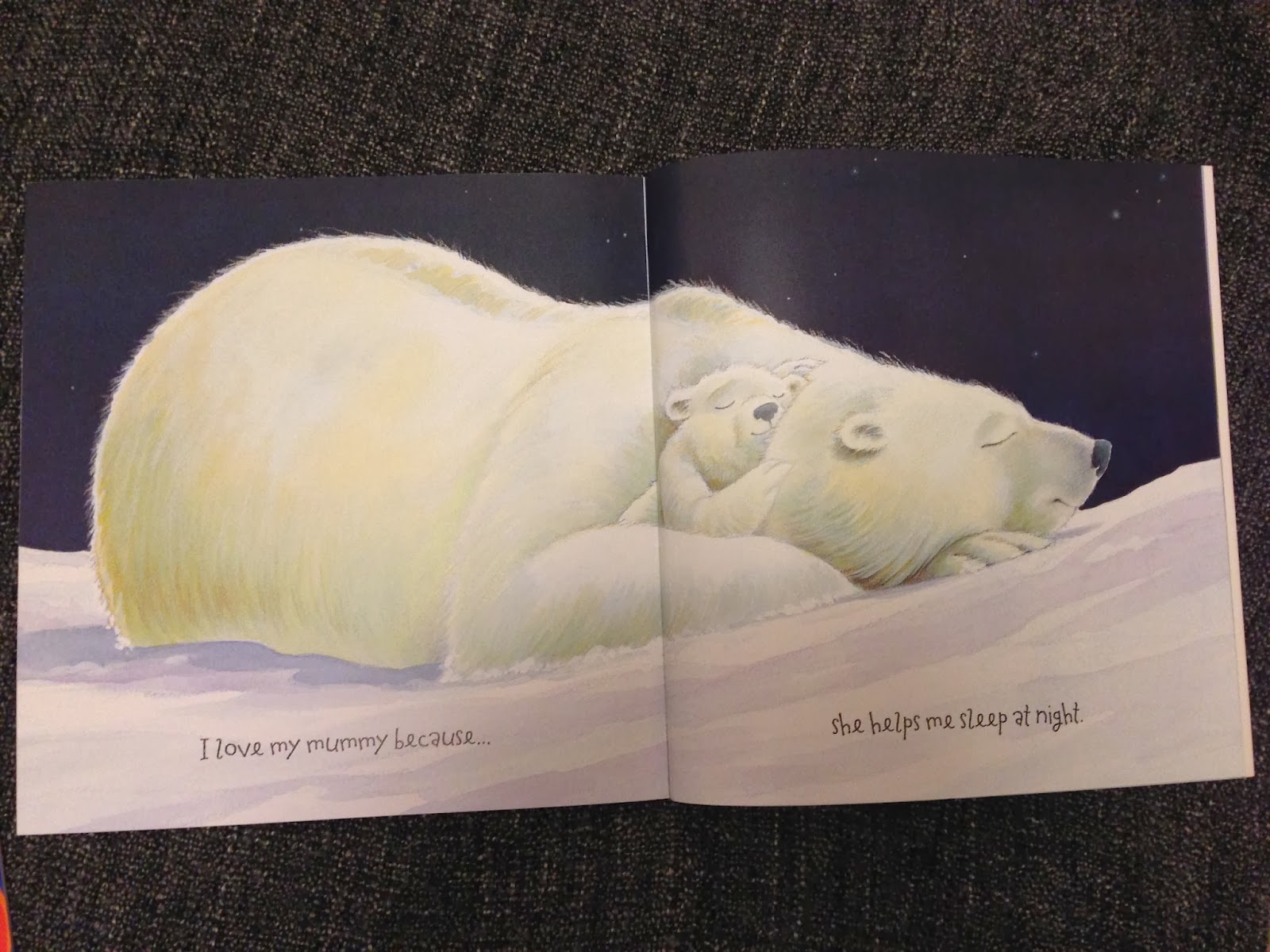 Oh she sure does. Every night. Throughout the night.

The next book was for Daddy to read to LJ. 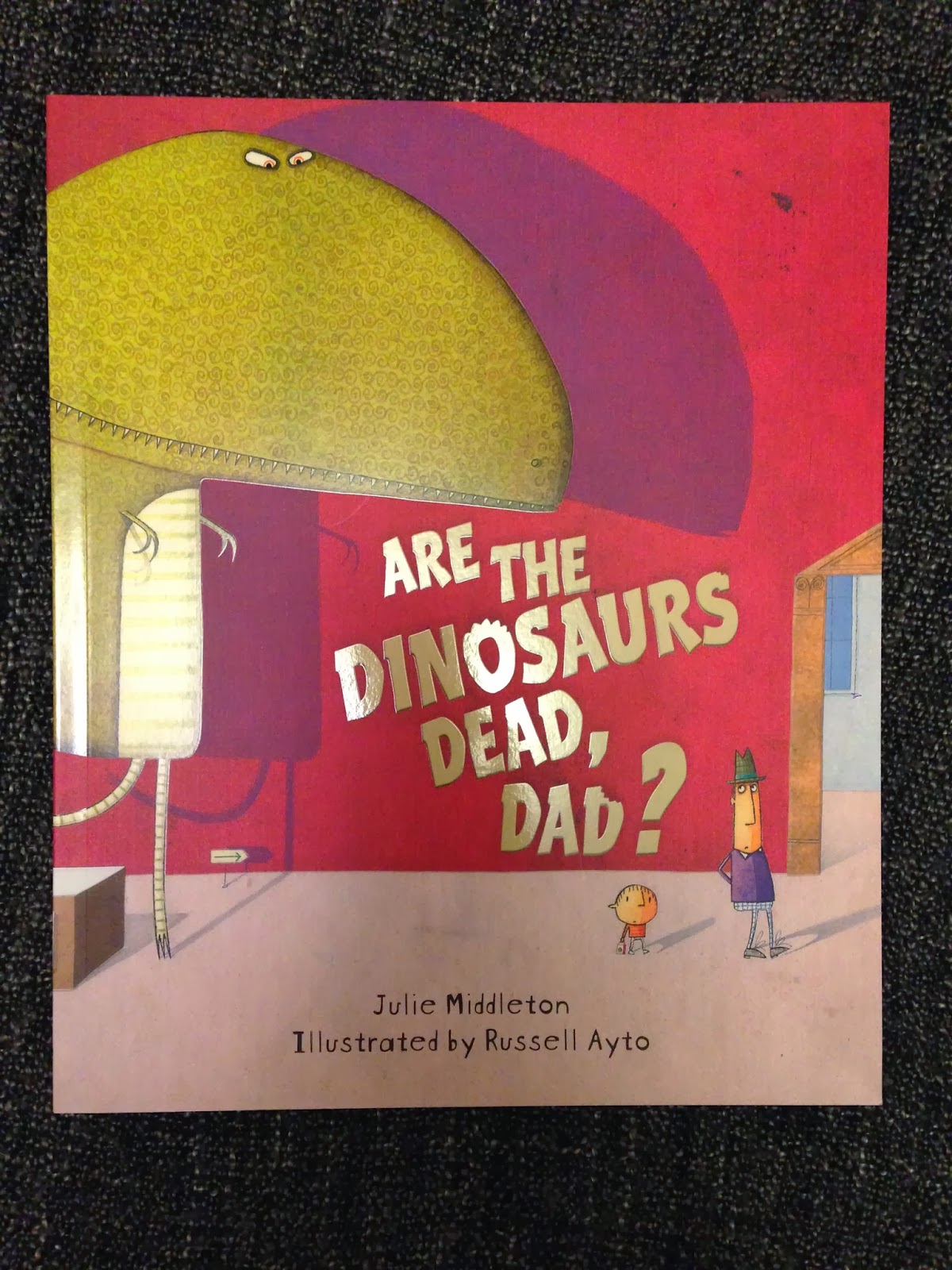 We kind of dump Dinosaurs on to LJ. YOU WILL LIKE DINOSAURS.

We think they are cool. Anyway, this book goes through the different dinosaurs names and Ali said he had a book similar as a kid and wanted to help LJ learn the different kinds.

The third one was a book about rockets and Space. Again, another cool subject (Plus the pages are lovely bright colours!)

I love buying things for LJ, it gives me so much more joy than buying for me. Oh how times have changed! At least with baby things, you can buy a lot more with your money (but then you buy twice as much, oops) 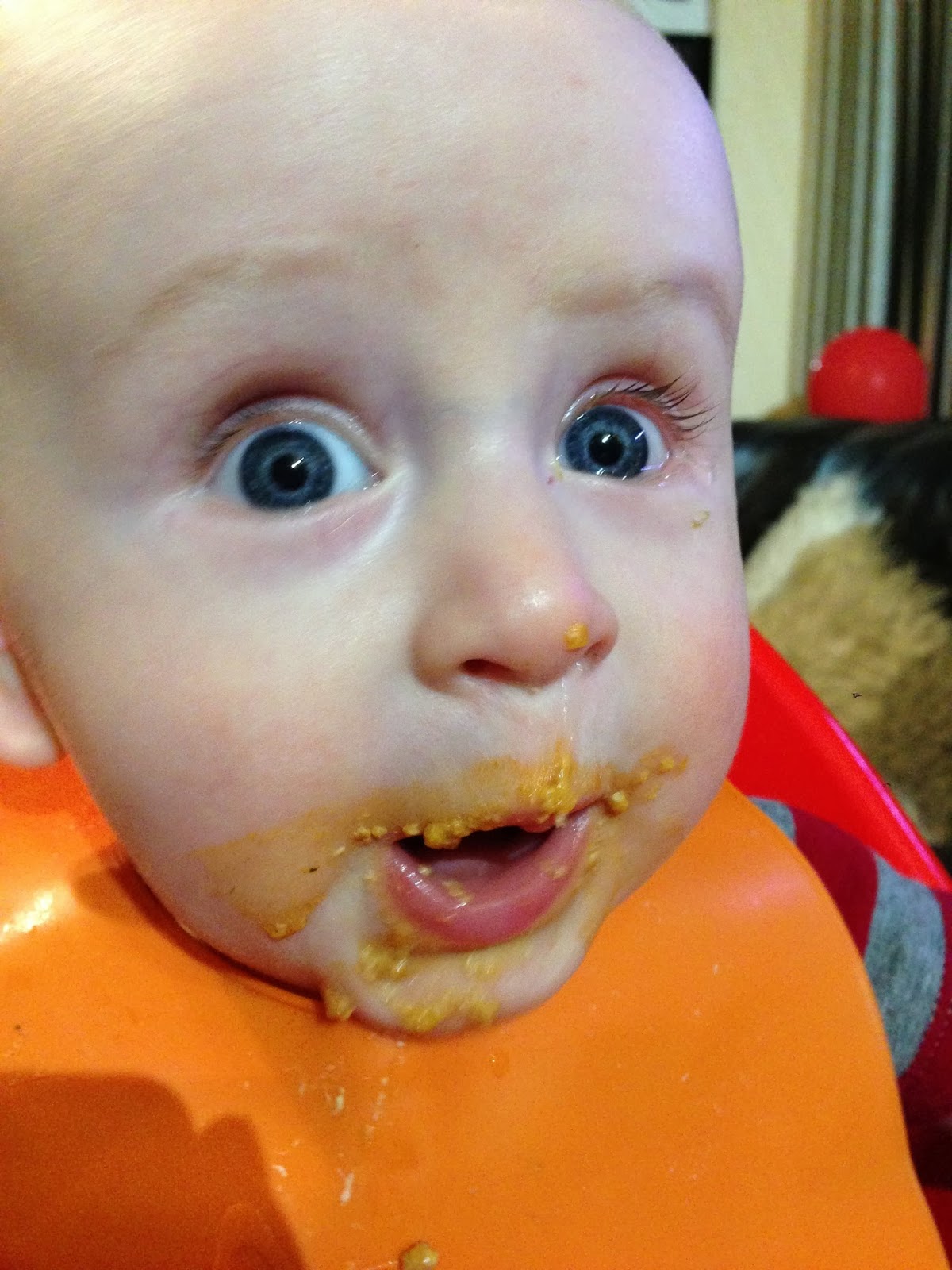 So we had a big family dinner tonight of Curry and we thought we'd let LJ in on it. He wasn't so keen on the curry (pureed down) on a spoon but he was quite happy to have some bits of toast dipped in it?!

Here's a short video to show you how much he loved it.

Do you know what I loved? ... Ali did the next 3 nappy changes after this.
mwhahahaa.

Oh and Lego update, we went food shopping and Ali decided he just wanted one more from the current lego series and that was the tribal man.

So he feels up the foil packets.
Exclaims this is the one.
We purchase.
and Ta-Da! 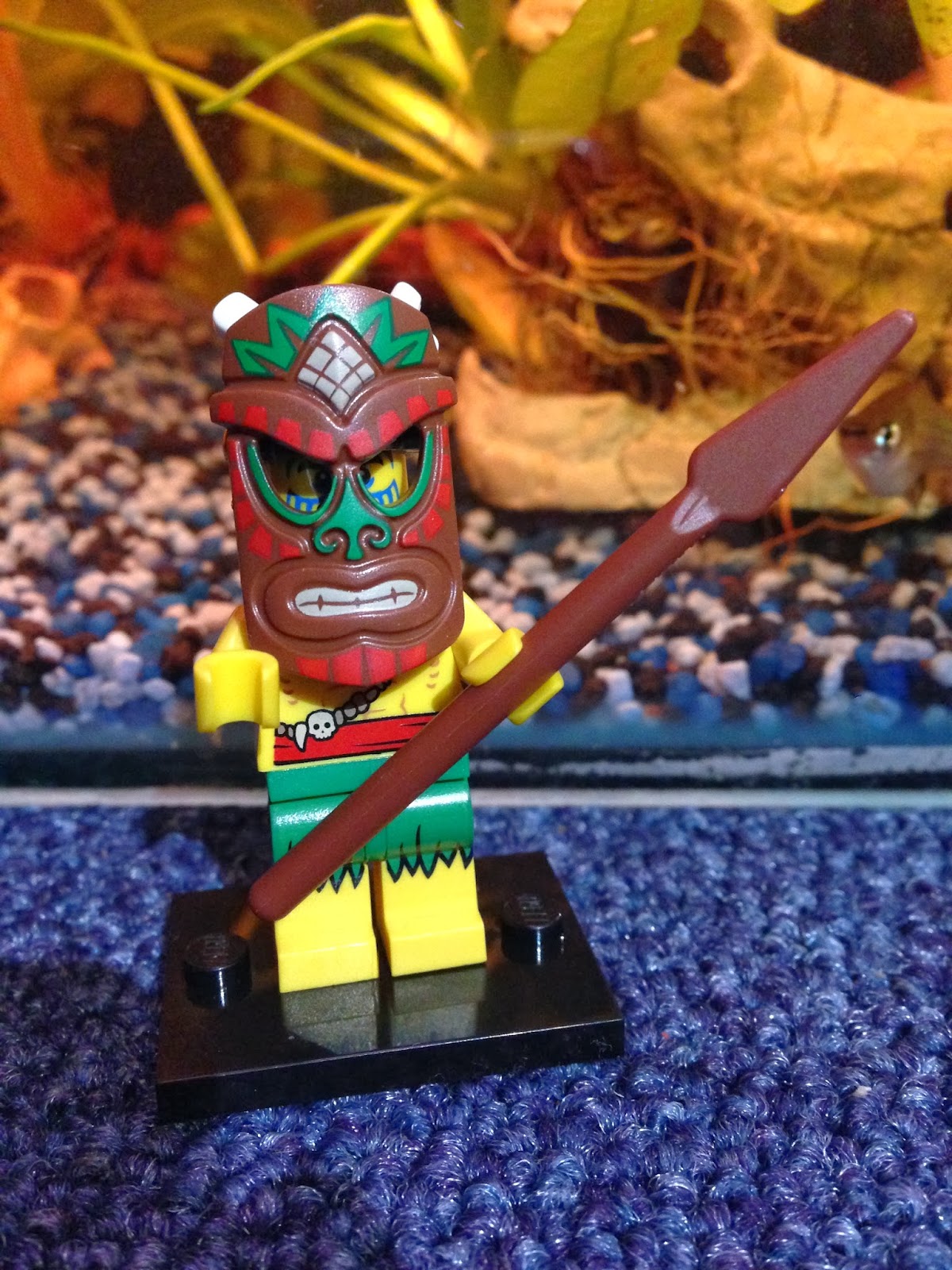 So that's us done for this Lego Series. We're holding out now for the Lego Movie Series to launch.

I'd been stressing out earlier in the week that I hadn't done anything around the house, so Ali took LJ out and about for the day and occupied him so I could get some serious cleaning done.

We were happy to see a parcel arrive for us first thing in the morning! 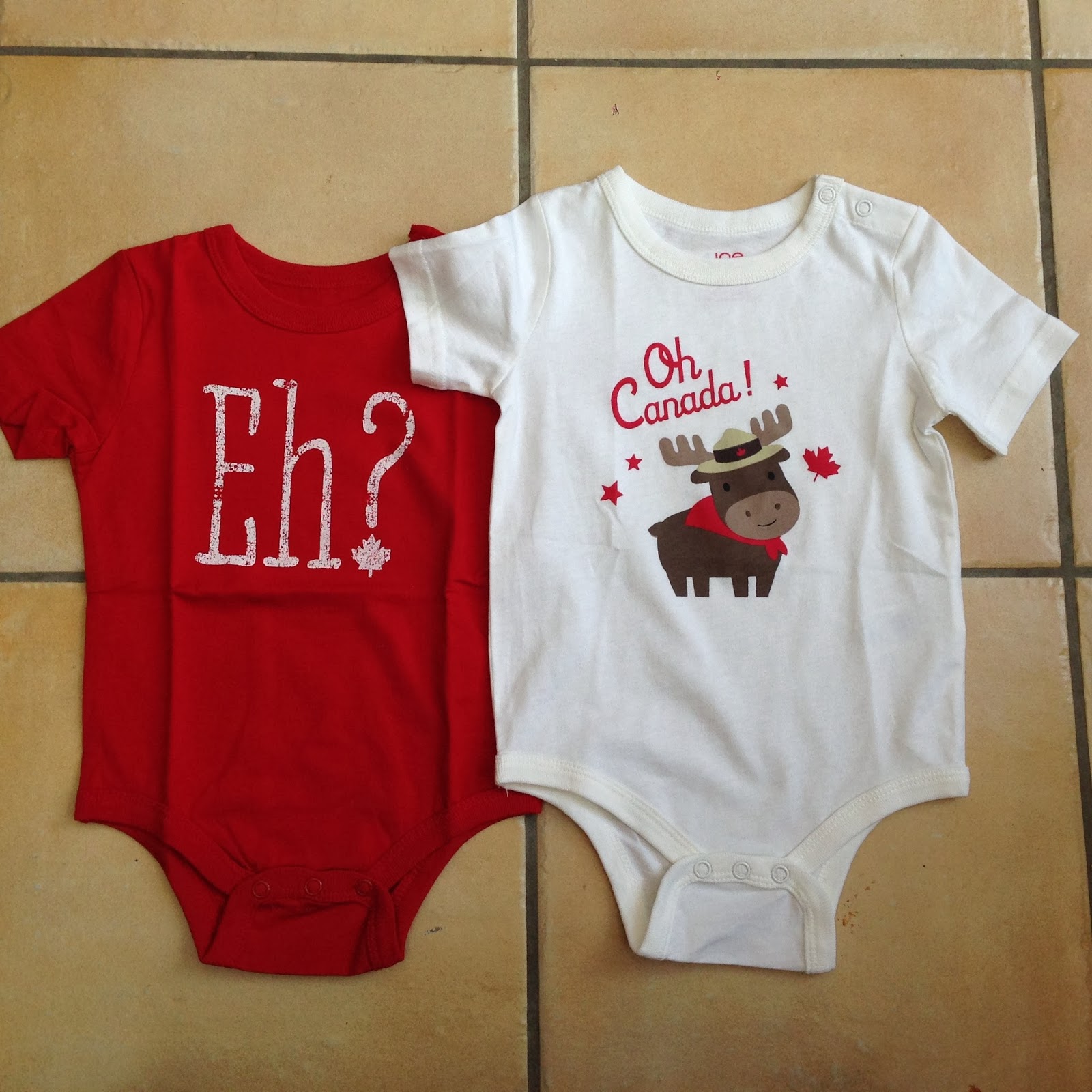 Our friends from Ali's frisbee team moved out there in the Summer of 2012 and we miss them terribly! We FaceTime them when we can work out time around the time difference and busy schedules. I LOVE these vests! LJ was in the red one (6-12m) with a long sleeve top underneath, as soon as we got him dressed! The white one is (12-18m) so a nice treat for the summer months.

I got all my cleaning done and feel tons better about it! (until next week!)

Are you ready for cuteness overload?! 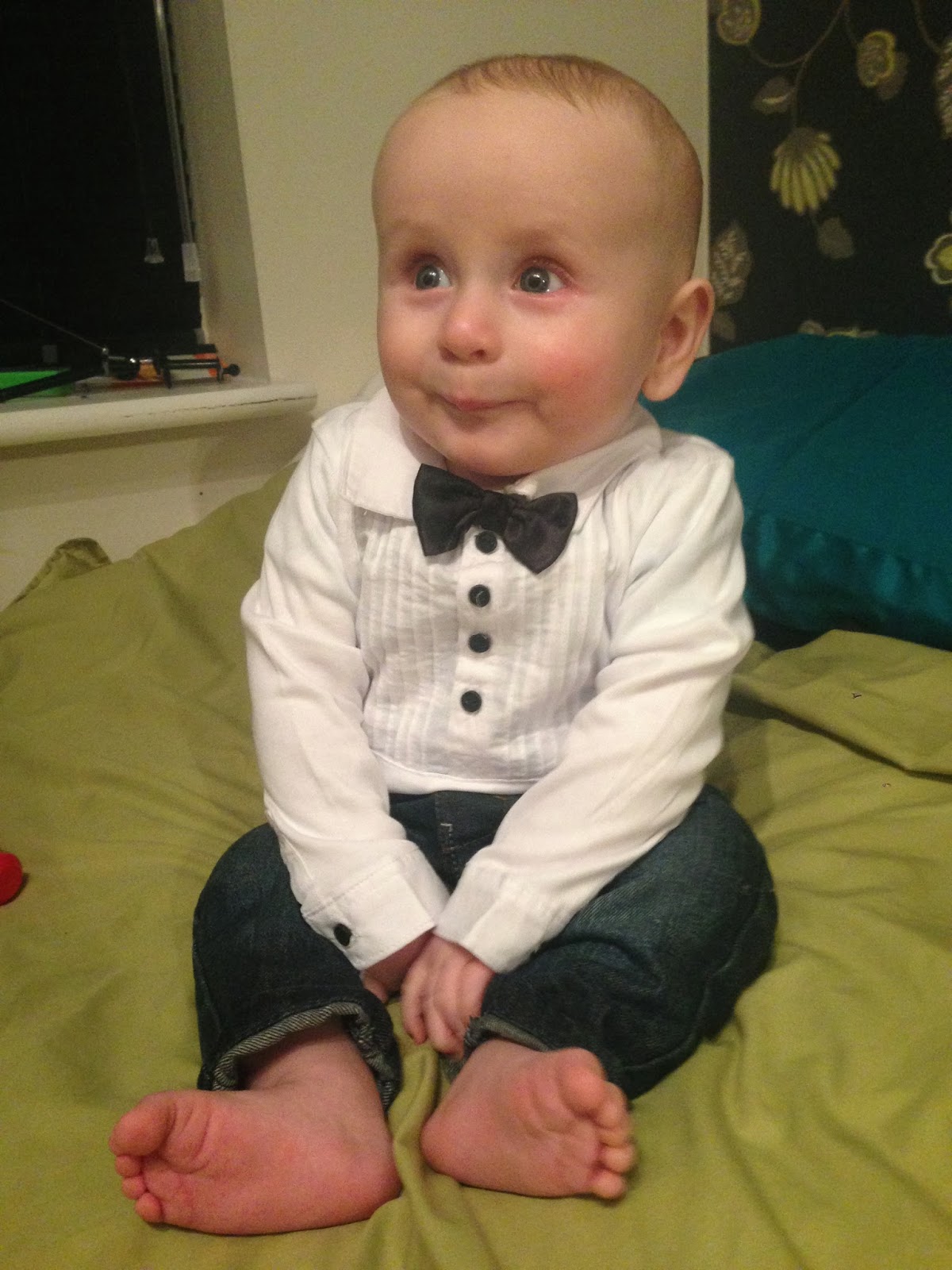 Who doesn't love a baby in a bowtie?!?!
(From H&M for all those baby boy mama's out there) 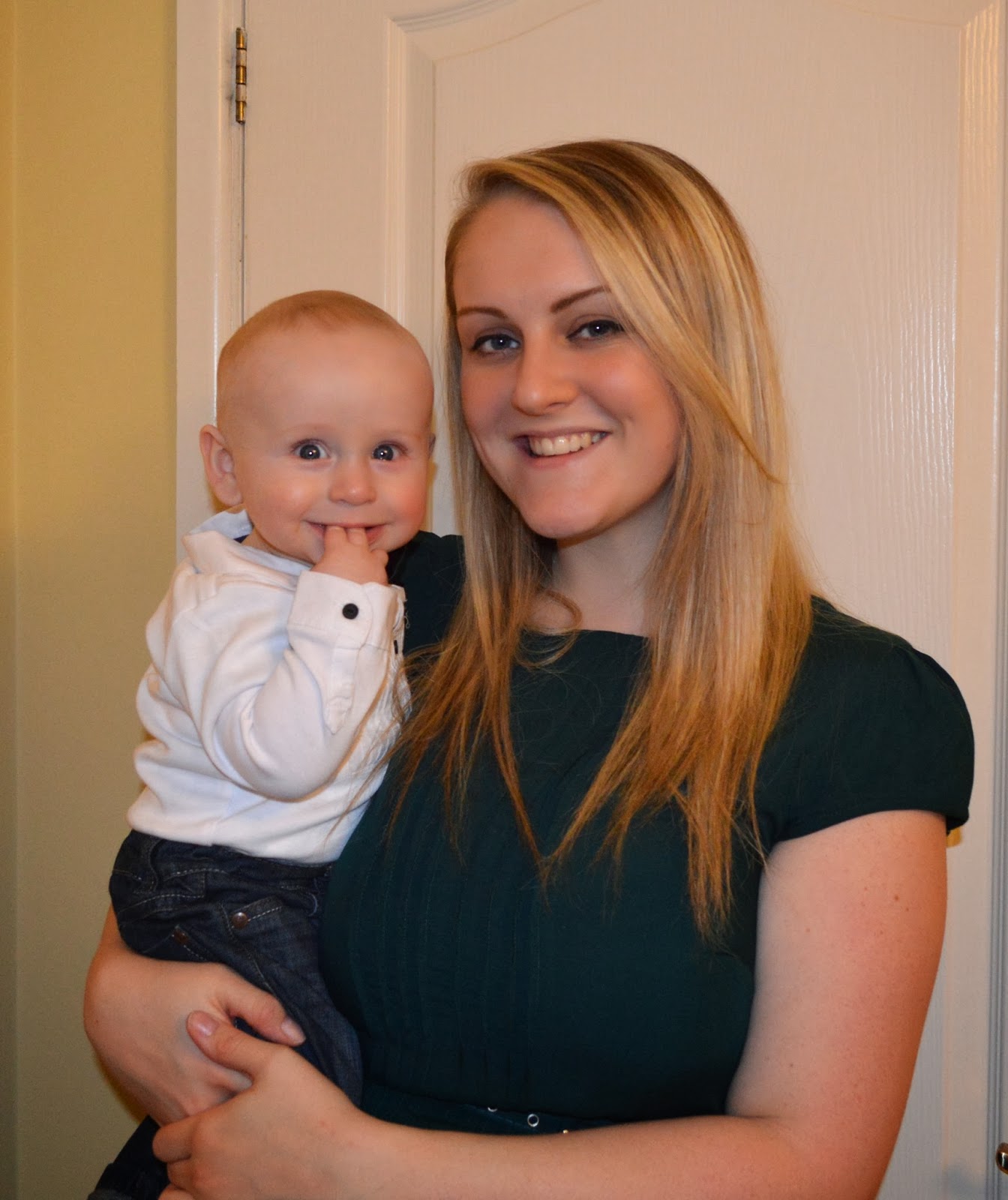 Me and my bowtie boy. 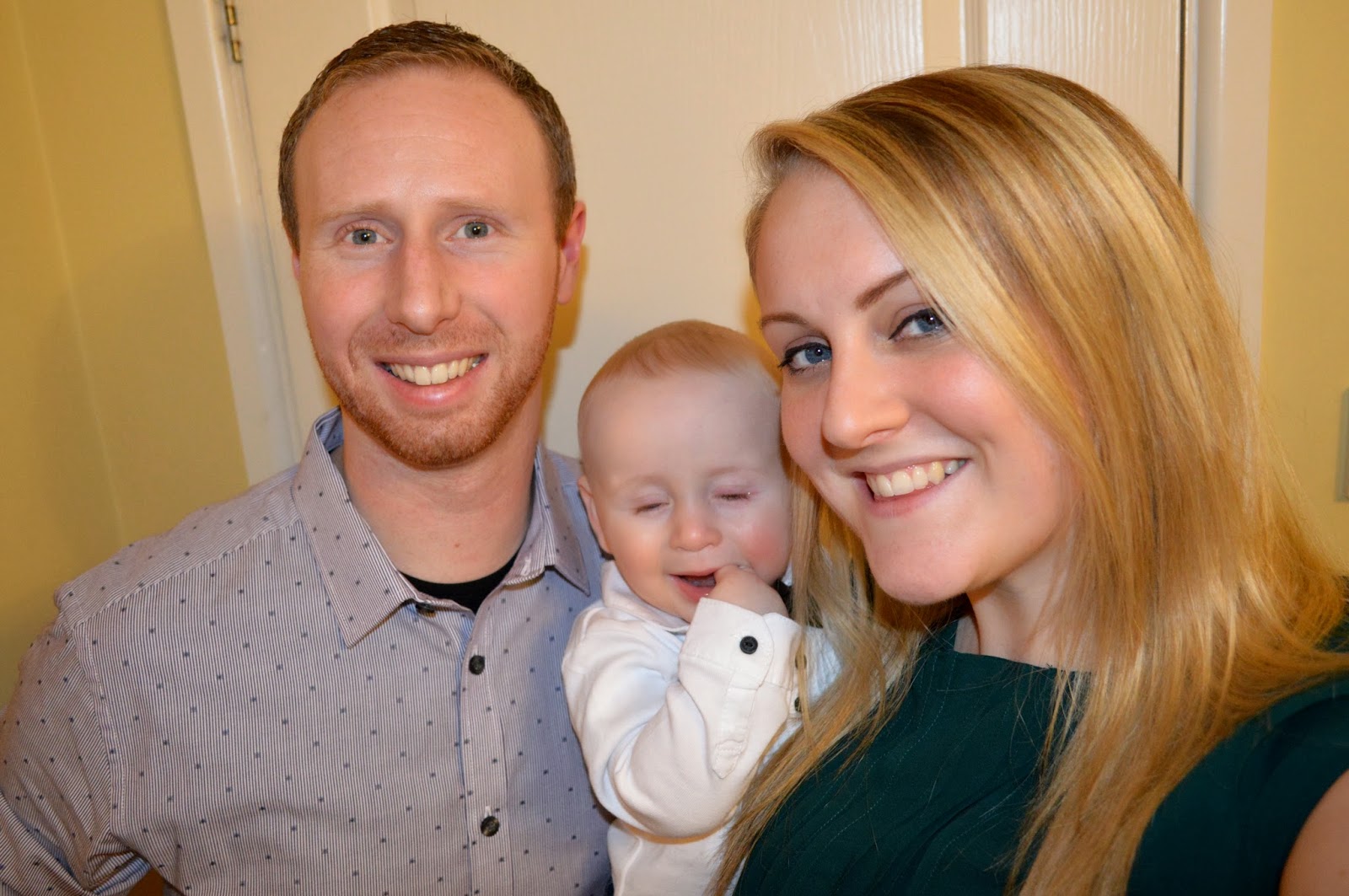 Our attempt at a family selfie. LJ isn't great with the camera flash! I'm sad I forgot to get someone to take a photo of us 3 at the party. 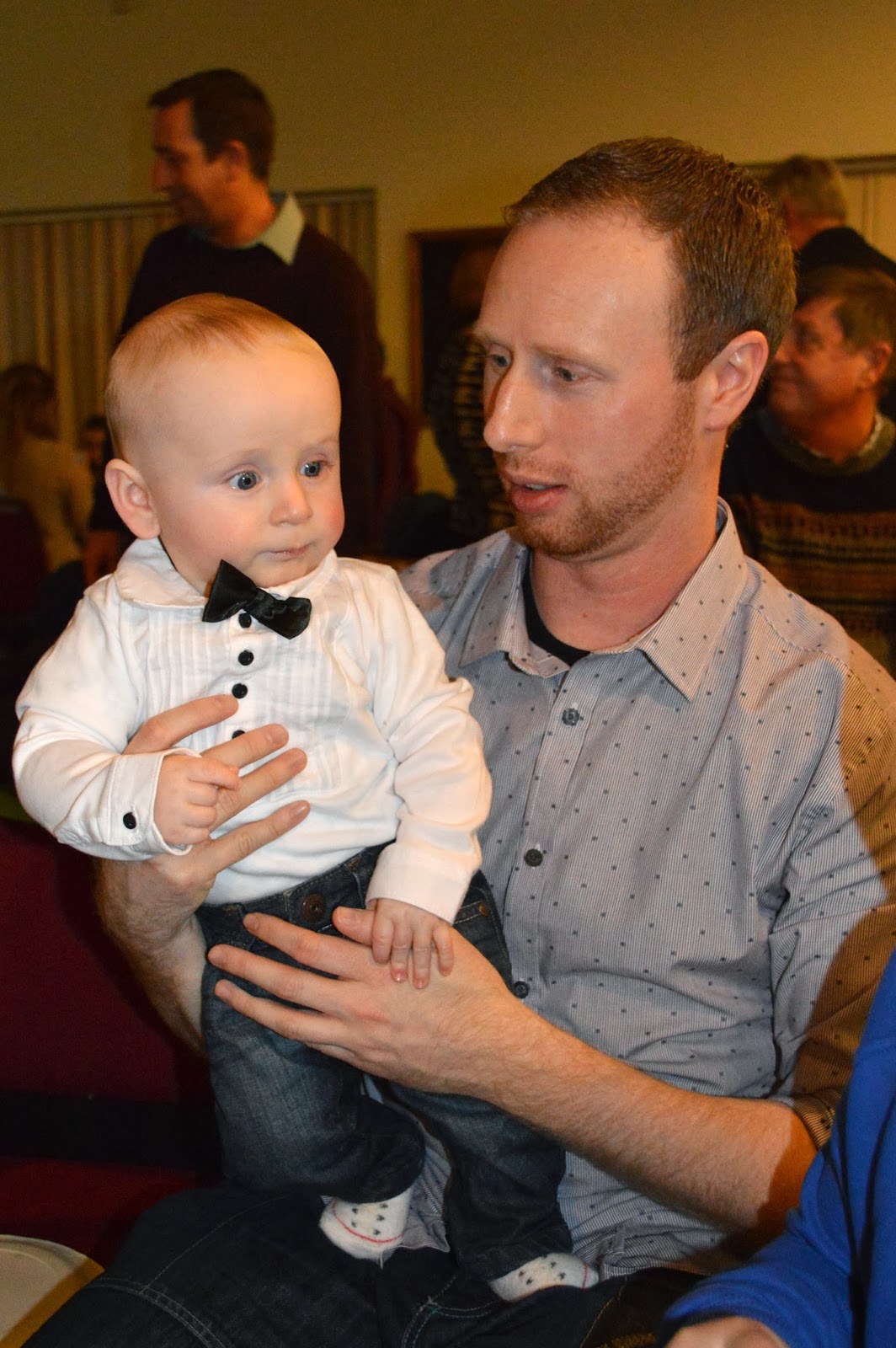 We went to a family party on Saturday night, it was just for fun and a chance for everyone to get together on a happy note. It was a great night and lots of the family told me they enjoyed meeting Logan in real life and how they feel they already know him so well. (Oops, too many photo and video uploads?!)

Anyway, this party boy stayed awake until 10pm!! We figured he'd be awake for a bit and then we had brought his pram in for him to snooze in. Oh no, he was fascinated with the disco lights and the people and staring at all the kids running around.

Cue not a great night sleep but a very sleepy boy on Sunday!

After LJ having a restless sleep, I brought him in my bed in the morning around 6:30am and he slept until 8:45! I think he might have been a bit cold too, I've put him in more clothes tonight.

He woke just in time to wave goodbye to Ali who was off on his sunday morning bike ride of a ridiculous amount of miles.

We read LJ's new books in bed, lying down so I could actually get through the whole book by holding it up above us away from snatchy hands! Then we had to do #sundaymorningmadness by ourselves, so it looks a little different. 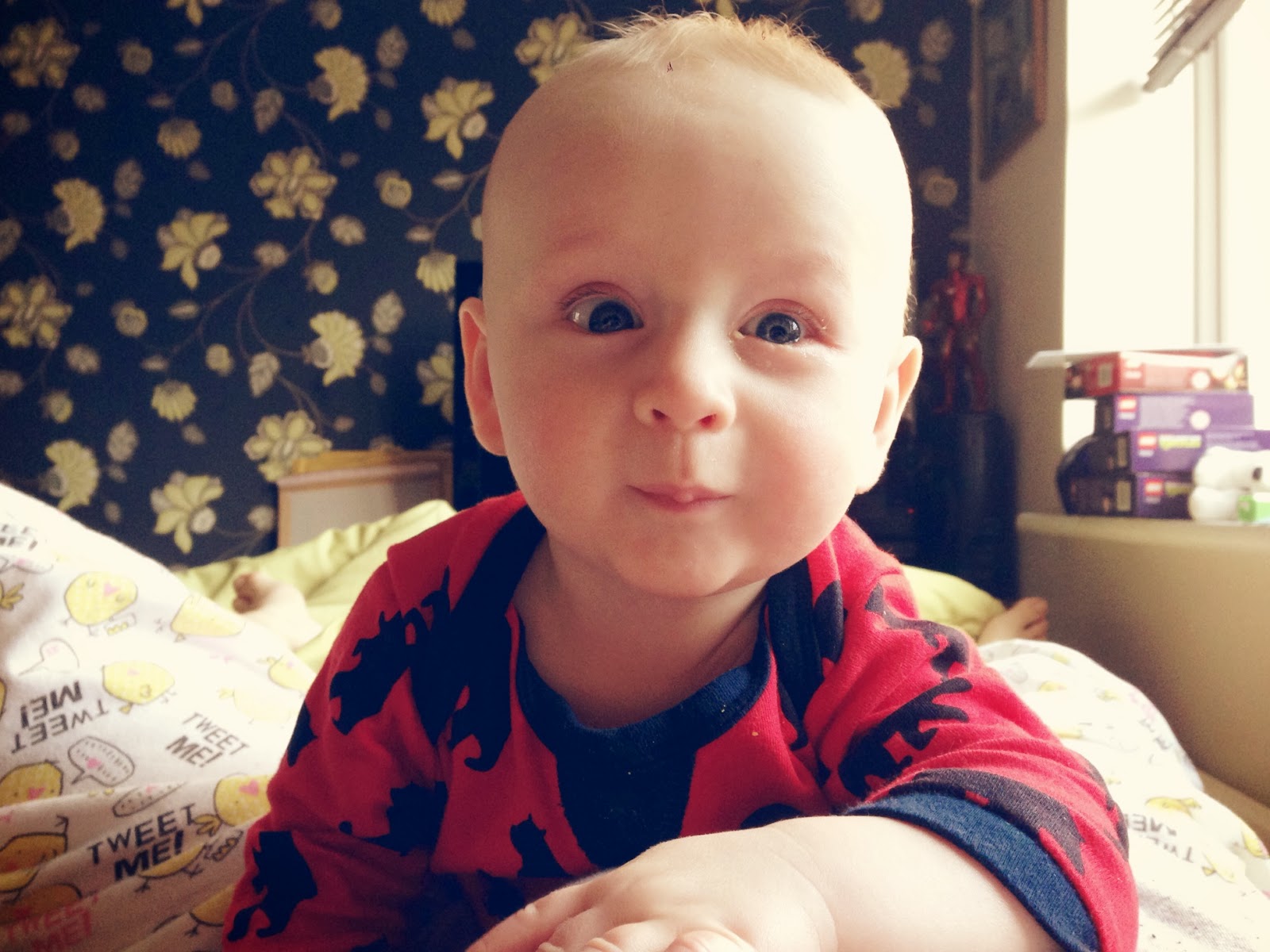 So I got him some breakfast, got him dressed and we had a little play and then some milk and he was asleep again!

He was rocking his new Spidey outfit from his Great Auntie E and family. 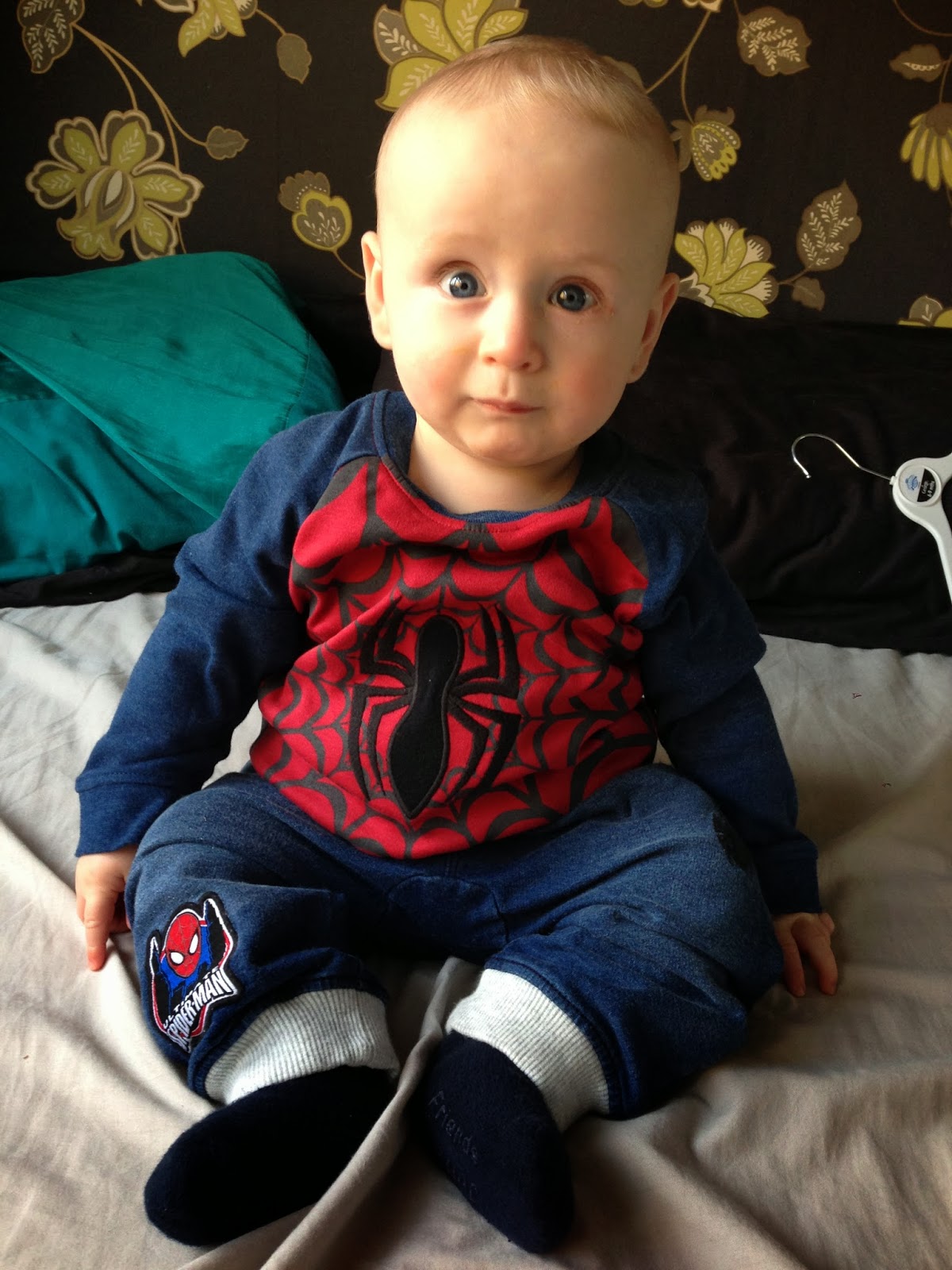 He was so cosy to cuddle in this outfit!

Which might explain why I took the time to just cuddle my sleeping baby for an hour and a bit while he slept. 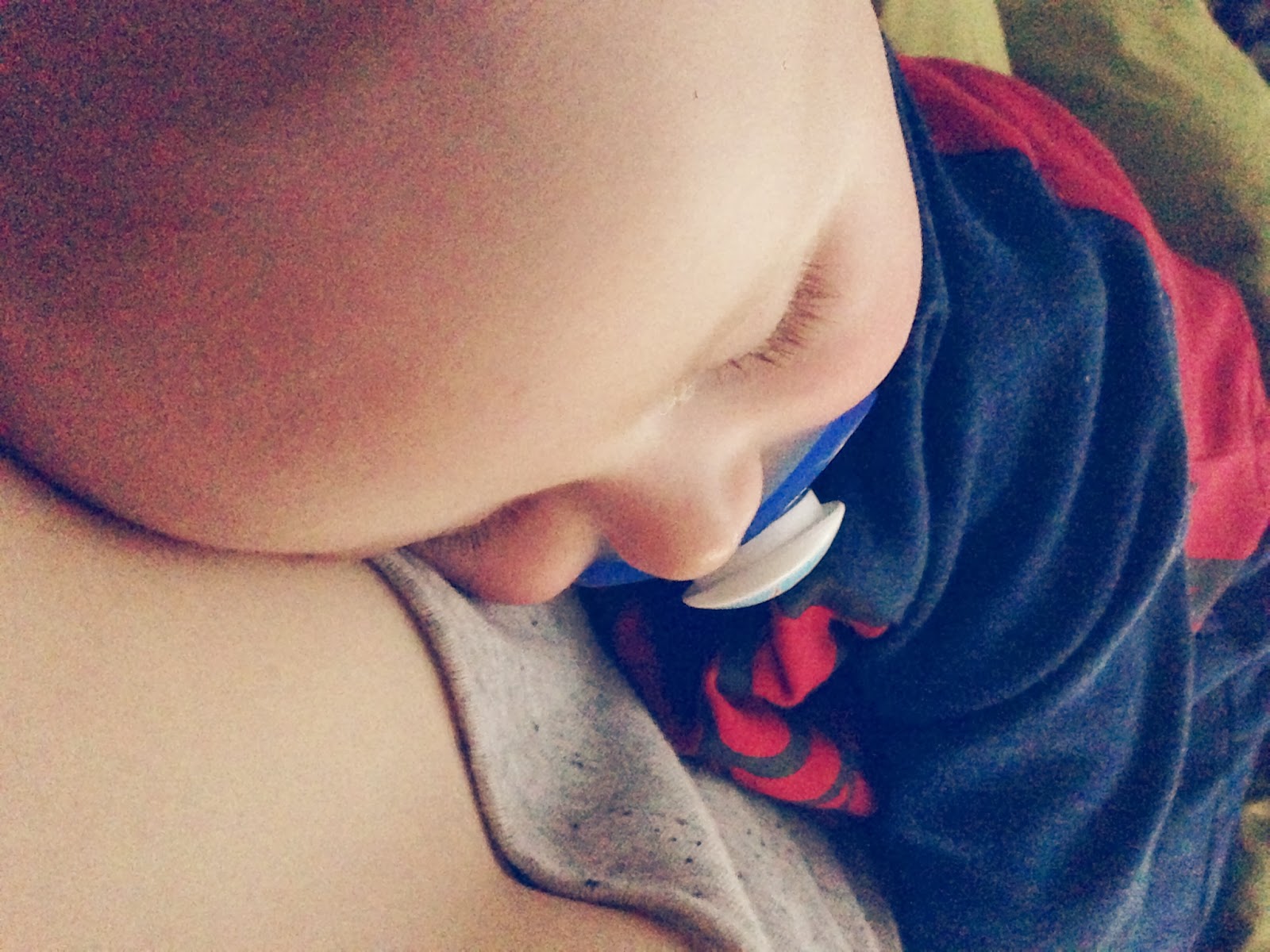 It doesn't happen very often anymore and so I just forgot about all the things I should have been doing (the storage boxes!!) and just sat and snuggled him and watched a documentary (I didn't finish it, so that's more the norm) and enjoyed a time out.

Once Ali returned from the crazy long bike ride and looking a bit like death. We popped to see some friends and catch up with them and LJ had a good play with everyone and was very vocal!

We attempted to get him back to his routine for bedtime but he fell asleep in the car on the way back and even getting him out of the carseat and sitting him up gently didn't wake him! He just stayed asleep sitting up! It took us 10 minutes but eventually we managed to stir him for some dinner.

Bath and bed and hopefully he gets a better sleep tonight!

I'm now off to get some work done on the storage boxes as I believe we won't be able to find our way to bed soon with all the clean washing to put away and filing to store.

Hopefully i'll be able to update on some Projects soon!

I'll leave you with a very vocal Dadadadad boy video!